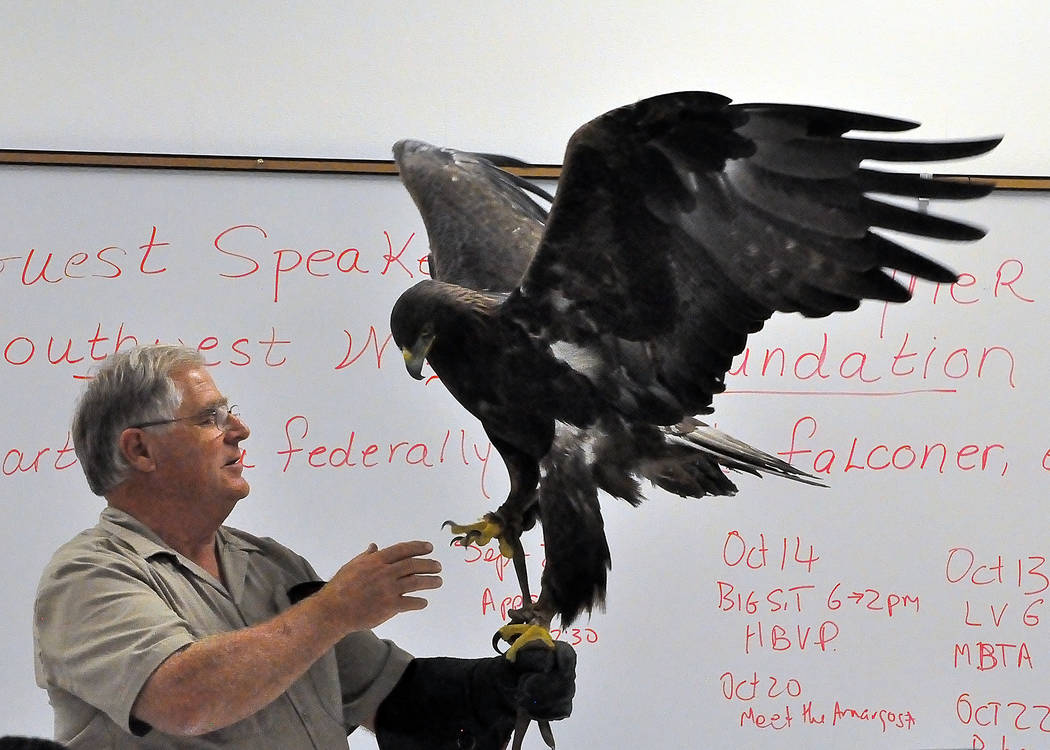 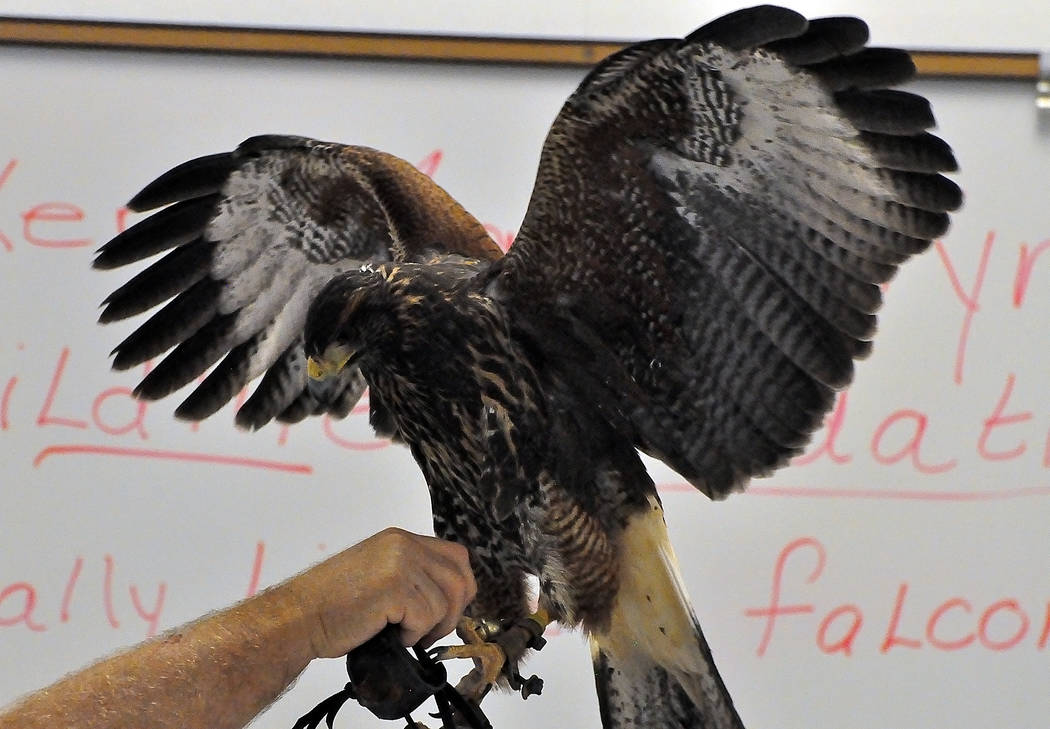 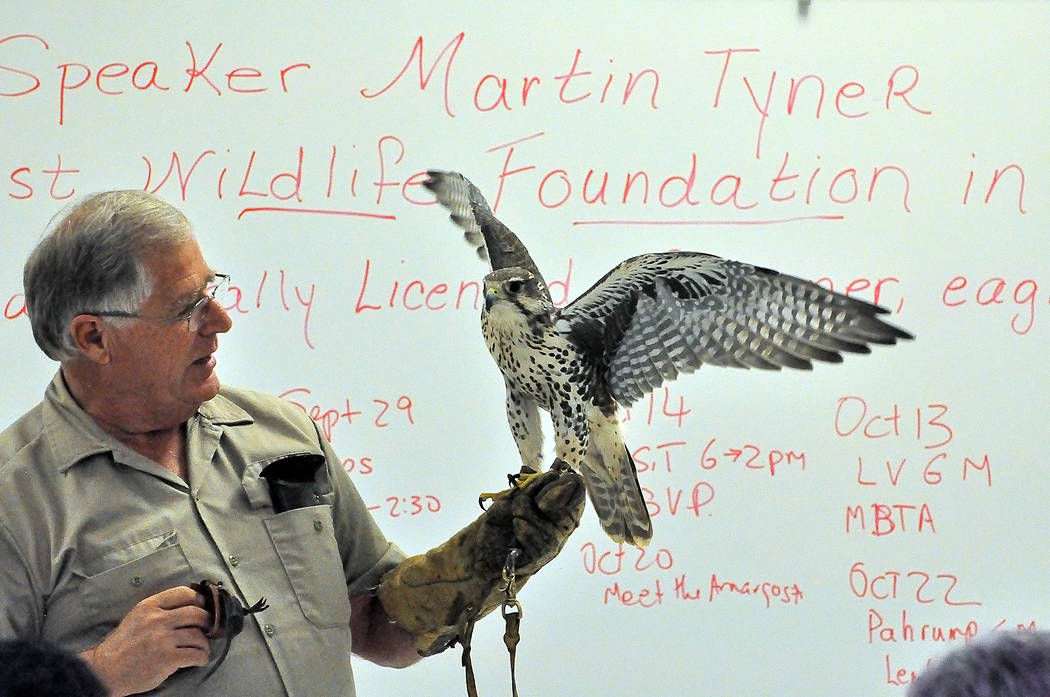 Horace Langford Jr./Special to the Pahrump Valley Times Martin Tyner, a wildlife rehabilitator at Cedar City, Utah-based Southwest Wildlife Foundation, holds Piper, a prairie falcon, at Great Basin College's Pahrump campus on Sept. 24, 2018. Piper was one of three raptors on display by Tyner who was a guest speaker for the Red Rock Audubon Society.

The Red Rock Audubon Society, the Southern Nevada chapter of the national group, hosted a public meeting at Great Basin in Pahrump on Sept. 24. As part of that meeting, guest speaker Martin Tyner, a wildlife rehabilitator, stopped by with a few raptors or birds of prey.

The three birds on display included a golden eagle known as Scout. Tyner also brought two other falcons with him to display.

Tyner is a wildlife rehabilitator from the Southwest Wildlife Foundation in Cedar City, Utah.

For more information on the local Audubon Society, head to redrockaudubon.com