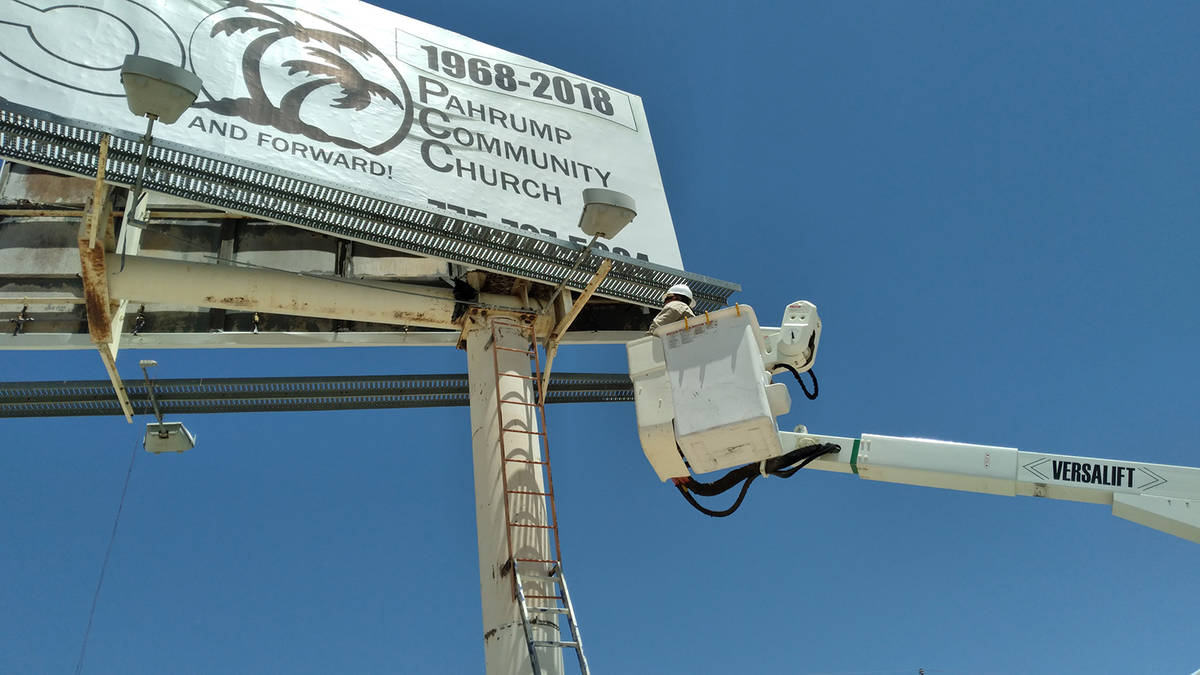 Selwyn Harris/Pahrump Valley Times It took all of about five minutes for a Valley Electric Association crewman to free the raven trapped beneath the billboard. Due to the very windy conditions last Thursday, climbing a ladder to reach the raven was not a suitable option for safety purposes. 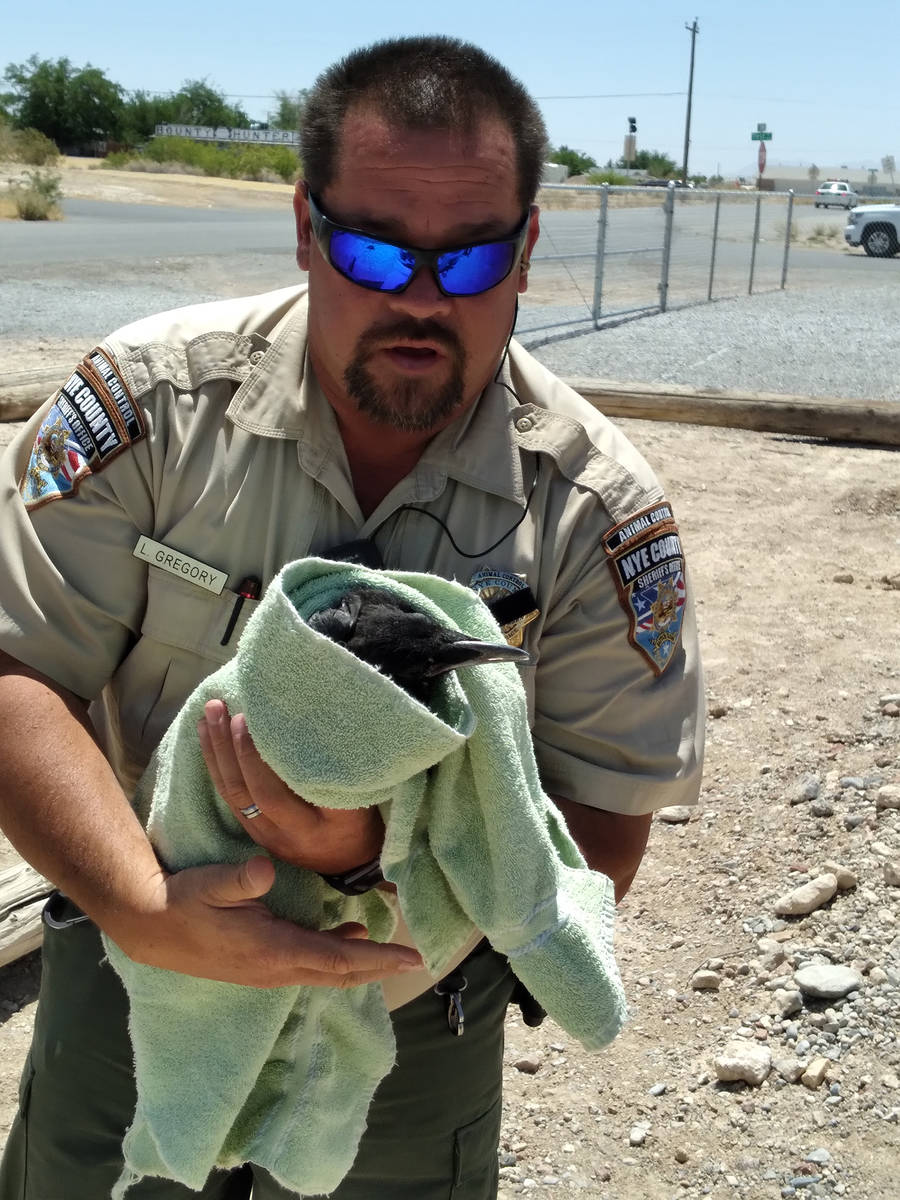 Selwyn Harris/Pahrump Valley Times Nye County Animal Control Officer Levi Gregory examines the condition of a raven which was entangled upside down in nesting materials underneath a billboard at the intersection of Wilson Road and West Street last week. Gregory, who transported the raven to a local vet, said its unclear exactly how long the creature was precariously suspended under the sign.

Typically the officers are dispatched to capture stray dogs and cats, relocate snakes from residential properties at the owner’s request, shoo wild horses away from the highway and at times, contend with peacocks who have wandered onto a neighboring property.

However, on Thursday May 20, just before 12 p.m., Animal Control Officer Levi Gregory was dispatched to a peculiar situation involving a young raven whose leg became entangled in nesting materials underneath the Pahrump Community Church sign at the intersection of Wilson Road and West Street.

“One of the school teachers at Community Christian Academy just happened to be walking by and noticed the bird squawking and hanging upside down,” Miller said. “I’m not sure how long the raven has been up there like that, but I’m guessing it was for quite a while. But what’s a while? Overnight? This morning? It’s hard to say.”

Upon arrival, and after assessing the situation, including the very windy conditions last week, Gregory deemed it was a bit too risky to climb a ladder in an attempt to free the bird, ensnared high above the terra firma, thus Miller sought the assistance from Valley Electric Association (VEA), where two crew members employed a bucket truck apparatus to reach the raven.

After roughly five minutes, the crew member was able to untangle the raven’s leg, at which time Gregory took custody of the creature, much to the delight of about a half dozen Christian Academy students who watched most of the ordeal unfold during their recess.

“It was probably hanging upside down for a while, but I’m not exactly sure how long, because I’ve been out here for about 45 minutes or so,” Gregory said. “A big thanks to Valley Electric Association for their help. I’m going to take it to the vet and the vet will decide whether it be rehabilitated, or if they are going to euthanize it. It’s up to them.”

Miller, meanwhile, noted that no other raven’s were in the area, that is until VEA’s arrival.

“I thought it was interesting that what appeared to be its parents came to check things out while the crew member was trying to free the bird,” he said. “At first, they were nowhere to be seen, but as soon as that boom lift went up, they came in screaming and screeching. I just hope the raven will be alright. Hopefully the vet can do what they need to do to save him.”

It appears there’s good news for the raven, as Veterinarian Dr. Suzanne Zervantian of All Creatures Animal Hospital at 1601 E. Basin Avenue was able to save the bird’s life, as it sustained a severe fractured leg, but is expected to fully recover.