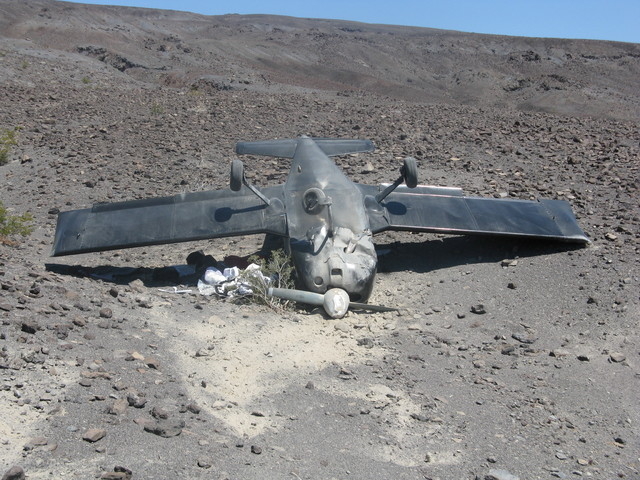 Death Valley National Park is infamous for being the hottest place on Earth and a few recent events served as a reminder to tourists of just how torrid the area can be.

A trio of issues make the area as dangerous as they come when there is an emergency incident as the scorching temperatures, traveling away from the more populated areas of the park and the difficulty of calling for help in a remote location can lead to deadly outcomes as they did last week.

Reinhard Egger, a 60-year-old German motorcyclist, was found dead on Thursday on the unpaved Harry Wade Road, which is located at the extreme southern end of the park. When park rangers arrived at the scene, they did not attempt to resuscitate him, due to his body indicating that he’d been dead for some time.

Egger’s motorcycle was parked upright and was still functional. Inyo County is investigating the cause of death, but with a reported a high of 118 degrees at Furnace Creek, heat was likely involved, the NPS said.

“This makes me so sad. We think of national parks as wonderlands to explore, but sometimes people don’t consider risks enough,” said Mike Reynolds, Death Valley National Park superintendent. “We don’t know what happened to him, but if he had been on Highway 190 or near Badwater, places that lots of people visit year-round, maybe we could have saved him.”

Despite the extreme heat, droves of people visit the park in summer, especially in July and August. Many of these tourists are from other countries, with limited English skills and minuscule experience traveling in remote areas without cellphone coverage and over 100-degree heat.

Two French tourists were stranded on the unpaved West Side Road around 1:30 p.m. on June 1. The man and his mother were traveling the area when their automobile became stuck in loose sand.

No one they knew was aware of their specific travel route and they were out of cellphone range in temperatures above 110 degrees.

The pair of French tourists walked about one mile to Badwater Road, then walked about another mile before they were picked up by a family visiting the park from Korea.

They arrived at Furnace Creek Visitor Center about an hour later and contacted park rangers. By this time, the older French woman was unconscious and showing signs of extreme overheating.

Superintendent Reynolds was one of the park rangers assisting the French woman and recalled the incident.

“We were doing everything we could, but it takes a helicopter about an hour to get here,” he said. “I didn’t know if she would survive, if she would get to the hospital in time.”

The woman survived and was released from the hospital about a week later.

A small airplane crashed while trying to land on an extremely remote dirt airstrip in Death Valley National Park on June 5 at 11:30 a.m. The Chicken Strip is about 1,400 feet long and 35 feet wide. The short landing strip is known for being challenging – which is an attraction for some pilots who want to test their skill, and in this case, their luck.

The plane ran off the end of the short runway and flipped over forward, landing on its roof.

The Chicken Strip is located in Saline Valley, a remote western section of Death Valley National Park, which is usually an over four-hour drive from park headquarters at Furnace Creek.

Saline Valley is a popular destination during cooler months, but on the day this accident occurred, only the park’s volunteer campground host and one camper were present.

Both occupants in the plane were able to remove themselves from the plane and were not injured. The pilot did not file a flight plan, which could have led to a more dire situation. If the campground host had not been in the area at the time to witness the crash, it might have been an extended period of time before the plane and its occupants were found.

They had limited supplies and might not have survived long in the 111-degree conditions at the time of the crash.

Plan ahead and prepare.

Communicate your travel route to a friend or family member. Give them a specific time you will check back in with them and ask them to call 911 if you don’t return on time.

Carry at least one gallon of water per person per day.

Make sure your vehicle and spare tire are in good condition.

If something goes wrong:

Stay with your vehicle; don’t attempt to walk. You can use the vehicle for shade and you will be found more easily.