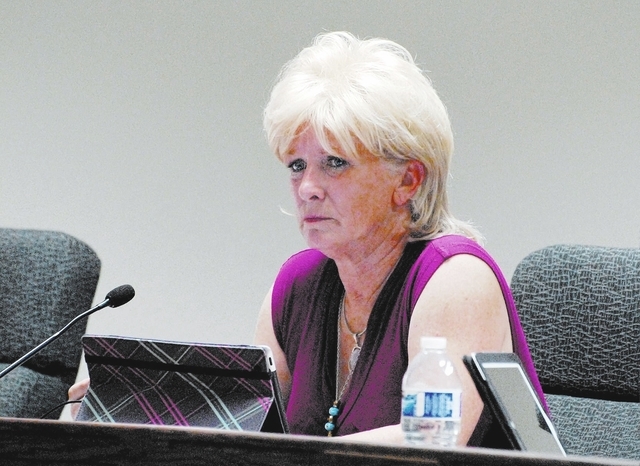 Sage grouse habitat is mainly in the northern part of the state, but it includes many areas north of Tonopah in Nye County.

The Nevada Sagebrush Landscape Conservation and Economic Development Act would conserve sage grouse habitat by providing permanent protection in unresolved Wilderness Study Areas and Inventoried Roadless Areas — both of which are currently off limits to development — that overlap with sage grouse habitat by designating them as protected wilderness. These areas of non-development will perpetually preserve a portion of sagebrush-steppe landscape that will help aid in the bird’s recovery. The proposal will also provide the option to restore and rehabilitate areas in need before they become wilderness.

The proposal will also provide land for development purposes by conveying land at or above fair market value and provide for targeted conveyances of land for local government services and development of local economies. Because these proposals are not finalized, local governments are encouraged to submit proposals for land that are needed to grow their economies and community services.

It also directs the U.S. Secretary of the Interior to select geothermal development sites in several counties throughout northern Nevada. These sites would benefit from advance permitting work that would allow quicker development of geothermal energy resources.

“The possible listing of the Greater sage grouse as an endangered species will have major ramifications on rural life and the economies in Nevada and throughout the west,” read Reid’s statement. “It has been a pleasure to work with Senator Heller on this bi-partisan, Nevada-specific proposal to conserve sage-grouse habitat and provide for economic development in the state. Only through cooperation with the Nevada delegation, the State of Nevada and our Federal agencies can we protect this species and our way of life. I hope that the many stakeholders in Nevada that are impacted by this issue will read this discussion draft and provide comments and feedback to Dean and myself.”

“Nevadans are concerned about the impact that listing the Greater sage grouse as an endangered species would have on our economy,” Heller said. “I am pleased to work with Senator Reid on this discussion draft, which would help mitigate the negative effects of such a listing and assist both the Governor and the Sagebrush Ecosystem Council in addressing threats to sage grouse habitat. A result of much collaboration, this framework provides a path forward to protect our economy, but we still have a lot of work to do to ensure Nevadans’ needs are fully met. I look forward to numerous conversations with those who have ideas for finalizing it.”

The U.S. Fish and Wildlife Service is required by a court order to make a decision whether to list the Greater sage grouse by September of 2015. Greater sage grouse habitat is in the sagebrush-steppe landscape that stretches over eleven Western states, including a large portion of the northern part of Nevada.

Nye County Commissioner Lorinda Wichman, a Smoky Valley resident who is the county representative on different public lands committees, objected to the plan. She said Nye County has 14 wilderness study areas and fears the bill is another step toward converting them to wilderness that would make them off limits to development.

“I do not think it’s an equitable trade, and unfortunately for Nye County, most of the WSA’s are in Nye County. So that means they are sacrificing the economic development of Nye County for the rest of the state,” Wichman said.

When it comes to setting aside inventoried roadless areas, Wichman said she wasn’t able to get a straight answer from the head of the U.S. Forest Service whether they wanted to just identify areas that were roadless or make more areas roadless.

Wichman said the announcement was disregarding work by various committees over several years to avoid the designation of the sage grouse as an endangered species.

“Unfortunately, they haven’t talked to any of us,” she said of the congressional delegation. “The governor’s task force on the sage grouse has 12 years involved in putting this program together and it’s unfortunate our congressional delegation back in Washington, D.C. has decided they’re the end all to save all. I’m really afraid they’re not giving enough attention to the programs already in place and it will be used as a way to sew up more wilderness areas and not give us enough in exchange.”

Wichman said once an area is designated a wilderness area by Congress “it’s lost forever.”

“It puts an economic stranglehold on our county,” she said.

At the same time as this legislation is introduced, Wichman said Congress passed a bill to provide full funding to counties for public land under the Payment In Lieu of Taxes, but still hasn’t found a funding source.

“PILT is not discretionary money. They’re property taxes they owe us for hosting their facilities,” she said.

However, Assembly Speaker Marilyn Kirkpatrick, D-North Las Vegas, said the state has been working hard to conserve the sage grouse and endorsed the bill. “This is a positive development that will assist us enormously,” she said.

“Protecting these areas is good for the Nevada outdoor recreation economy, which is responsible for $14.9 billion in consumer spending and more than 140,000 jobs,” said April Mastroluca, of the Nevada Conservation League.

Bob Sullivan, vice-president of business development for Ormat Technologies, a Reno-based geothermal company, said the senators worked with his industry on the proposal.

In August, Reid and Heller joined U.S. Rep. Mark Amodei, R-Nev., met with top officials from the U.S. Department of the Interior to discuss efforts to prevent the listing of the greater sage grouse under the Endangered Species Act. In a prepared statement, the senators said this federal legislation will complement the work done by the Governor’s Sagebrush Ecosystem Council.

The senators said the release of the discussion draft is intended to start a discussion among Nevadans about the Greater sage grouse potential listing. Both Senator Reid and Heller have set up an email address for constituents to provide comments on the draft at either sagegrouse@reid.senate.gov or sagegrouse@heller.senate.gov.