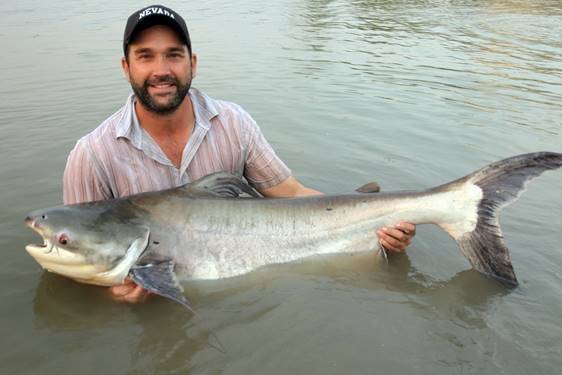 University of Nevada, Extension Migratory fish are invaluable to human health and the global economy. Fish and fish byproducts represent one of the world’s most traded products within the food sector.

With hydroelectric power, overfishing, climate change and pollution on the rise, monitored populations of migratory freshwater fish species have plummeted by 76% on average since 1970, according to the first comprehensive global report on the status of freshwater migratory fish issued this week by the World Fish Migration Foundation and Zoological Society of London.

The report states that migratory fish, such as salmon, trout and Amazonian catfish, are vital to meet food security needs and support the livelihoods of millions of people around the world. They also play a critical role in keeping our rivers, lakes and wetlands healthy by supporting a complex food web. Now, their populations are under immense threat from human-made impacts and require urgent action to halt and then reverse the alarming decline.

“Migratory fish provide food and livelihoods for millions of people, but this is seldom factored into development decisions,” said Stuart Orr, WWF global freshwater lead. “Instead, their importance to economies and ecosystems continues to be overlooked and undervalued, and their populations continue to collapse.

“The world needs to implement an emergency recovery plan that will reverse the loss of migratory fish and all freshwater biodiversity for the benefit of people and nature.”

Migratory fish are invaluable to human health and the global economy. Fish and fish byproducts represent one of the world’s most traded products within the food sector. The recreational fishing industry alone is worth billions of dollars and tens of thousands of jobs. Overall, the figures represent the need for more protective measures for migratory and freshwater fish worldwide.

“Catastrophic losses in migratory fish populations show we cannot continue destroying our rivers,” said Arjan Berkhuysen, managing director of the World Fish Migration Foundation. “This will have immense consequences for people and nature across the globe. We can and need to act now before these keystone species are lost for good.”

While Nevada is known for its abundance of desert terrain, it was once home to chinook salmon, the largest of the Pacific salmon species. They migrated up the Columbia River to the Snake River and then into northeastern Nevada in the Owyhee, Bruneau and Jarbidge rivers and Salmon Falls Creek, all major tributaries of the Snake River.

“More than 9,000 miles of river and streams in the Columbia River watershed are now inaccessible to migratory fish because of dams,” Hogan said. “These are fish that were once crucial to the survival and livelihoods of people living along the Columbia River.”

For centuries, the tens of thousands of Pacific salmon swam hundreds of miles up the rivers and tributaries to spawn.

Native Americans caught and ate the Columbia Basin chinook along the Jarbidge River in Nevada more than 2,500 years ago. People migrated to northeastern Nevada to ranch and mine in the 1800s and salmon were a key part of the fish and game trade that supported the region’s communities.

Salmon migrating from the Columbia Basin vanished from Nevada after the U.S. Bureau of Reclamation closed the gates on Owyhee Dam in December 1932. Three massive Hells Canyon dams were added to the Snake River between 1958 and 1967, further sealing the fate of the salmon in Nevada.

Elsewhere in northern Nevada, the iconic migratory and now endangered Lahontan cutthroat trout, which can grow to 60 pounds, faced large declines because of development and human impact.

Lahontan cutthroat trout once made epic mass migrations, turning the Truckee River red from Pyramid Lake to Lake Tahoe. They can no longer migrate, and several northern Nevada Native American tribes, working with federal and state agencies, have been working to build the Lahontan cutthroat trout population throughout the watershed.

The Pyramid Lake Paiute Tribe, the Bureau of Reclamation and the U.S. Fish and Wildlife Service broke ground last year on an 80 by 390-foot horizontal fish screen at the 110-year-old Derby Dam on the Truckee River. The $23.3 million project, the nation’s largest horizontal fish screen, will restore watershed connectivity and promote recovery of the trout.

Hogan said there are several actions people in Nevada and across the country can take to protect migratory fish and fresh waters more generally, including manage flows in rivers (like the Truckee) to benefit migratory fish, keep local rivers and lakes clean, protect rivers and wetland habitats, monitor and regulate fishing, control invasive species and keep rivers connected and free-flowing.