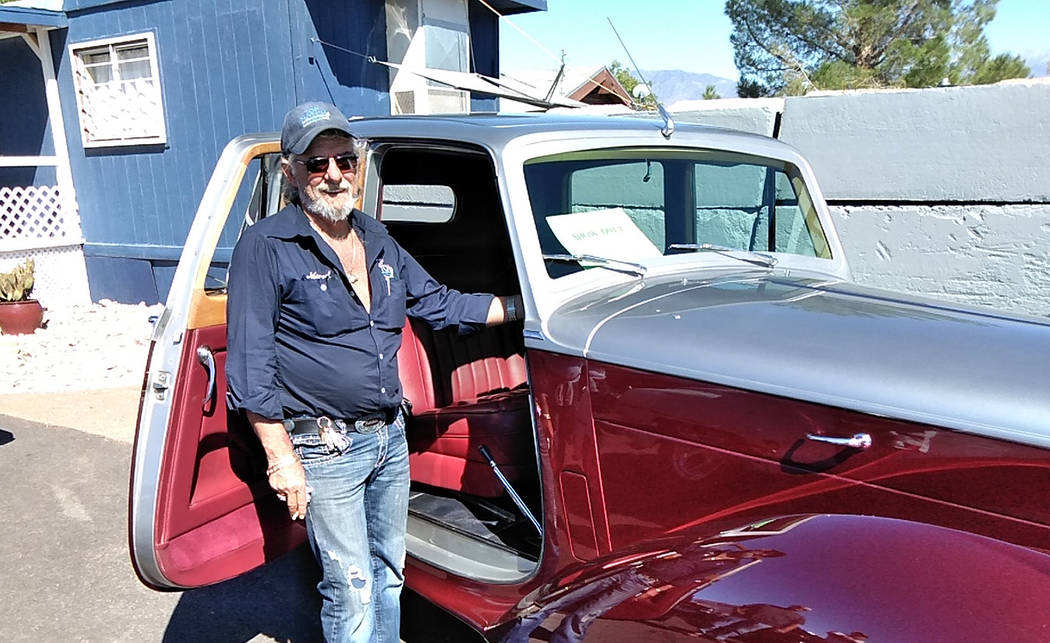 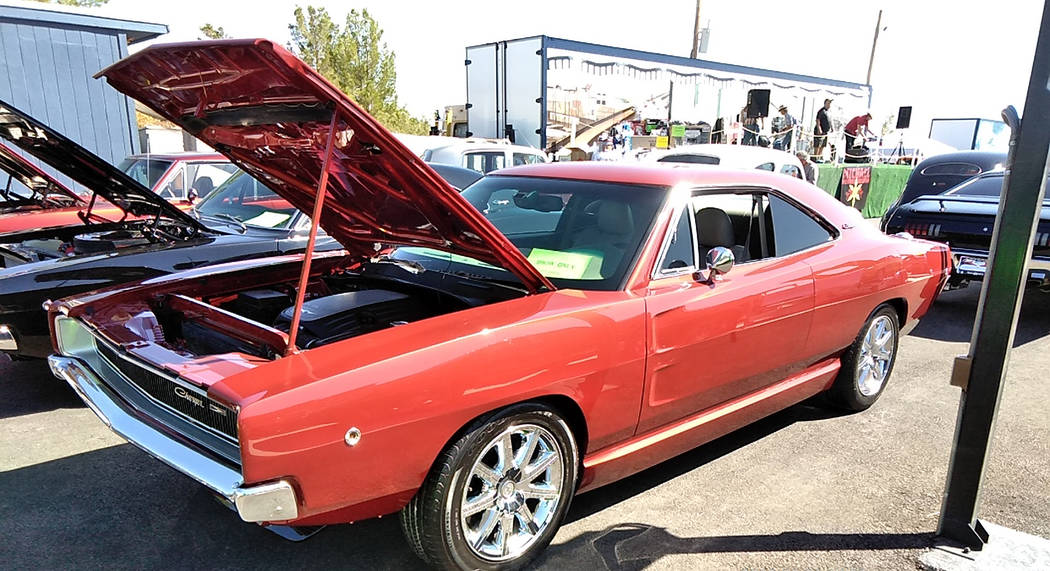 Selwyn Harris/Pahrump Valley Times Marcel Pontbriand modified this 1968 Dodge Charger with a Chrysler 300 engine. He noted that the classic muscle car is actually a Chrysler, except for the body. 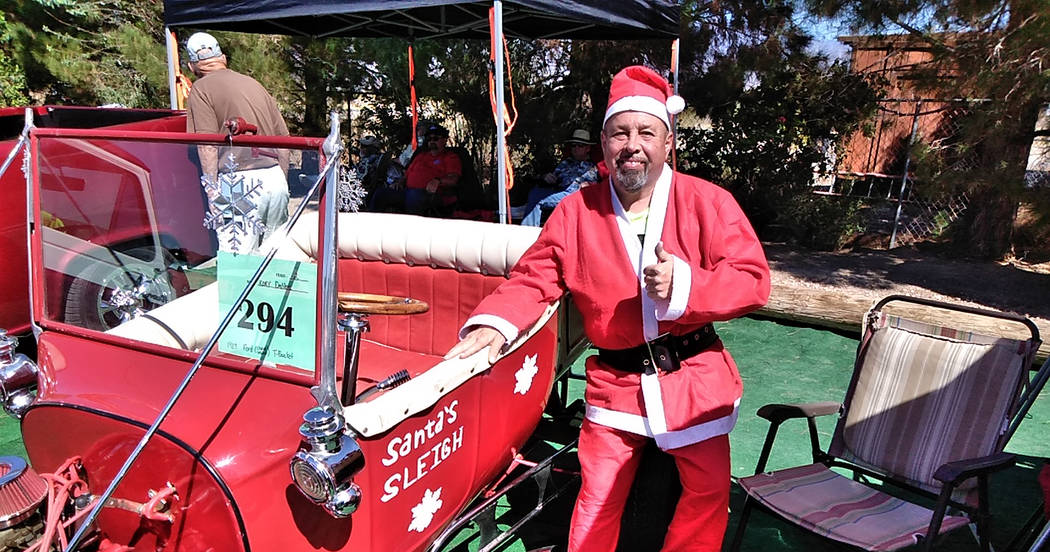 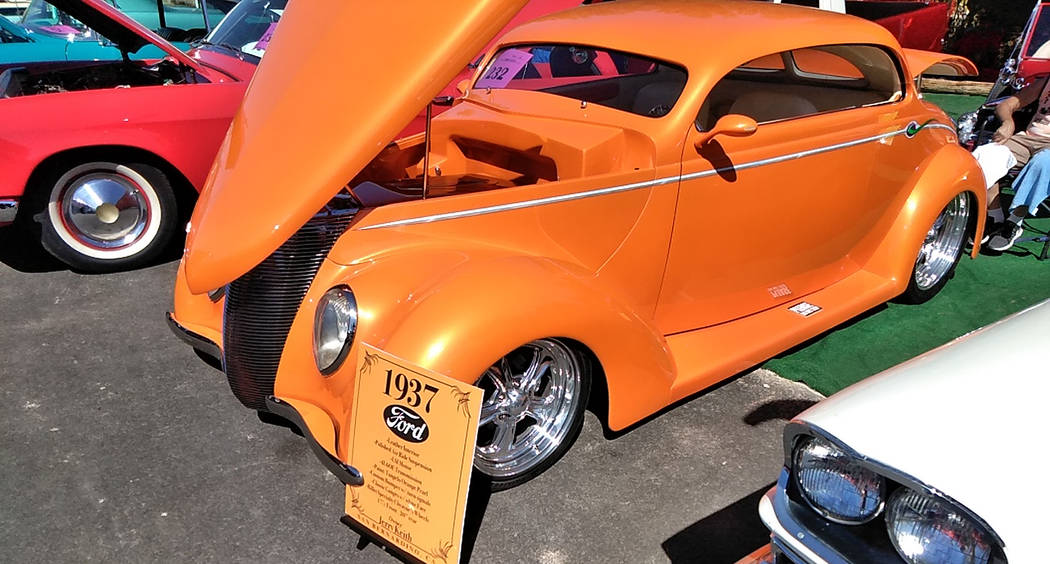 Selwyn Harris/Pahrump Valley Times California resident Jerry Keith brought out his 1937 Ford, fitted with an LS1 Chevy engine and a 4L60-E transmission. He noted that he takes it out for a spin roughly every two weeks. 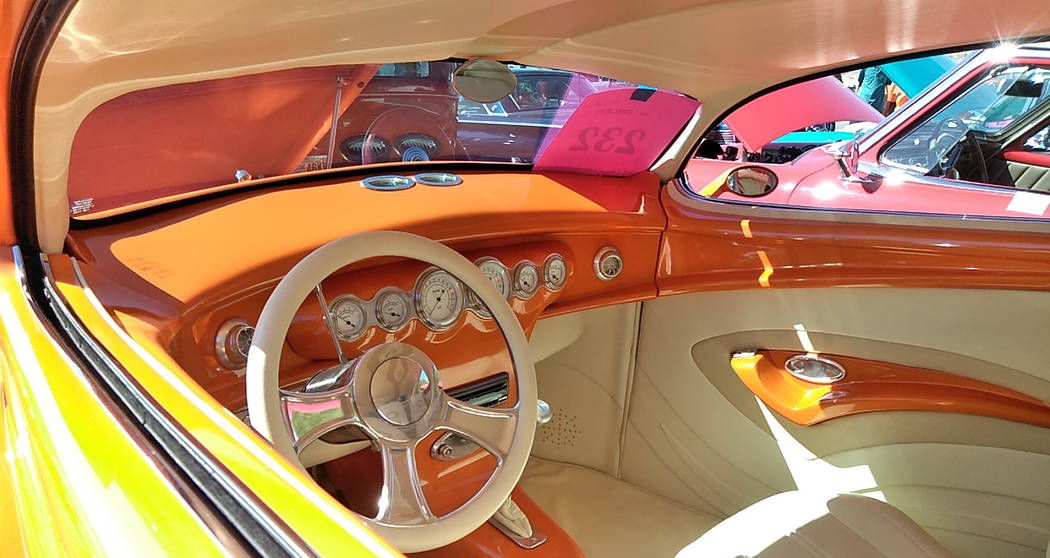 Selwyn Harris/Pahrump Valley Times Some of the modifications on Jerry Keith's 1937 Ford include white leather interior, with classic white-face gauges, and a custom bumper with turn signals.

To call Pahrump business owner Marcel Pontbriand an automobile enthusiast would be a glaring understatement.

Pontbriand, the owner of Top Notch Repairs and Top Notch Carriers, two separate entities, has maintained a passion for all types of vehicles since his teenage years.

On Saturday, Sept. 21, he hosted the 3rd annual Top Notch Car Show at his 3591 West Bell Vista Ave. location, where numerous individuals and families turned out for the event, which included carnival rides, vendors, live music, drawings, and of course, scores of classic cars.

“Everything is perfect and this was very successful,” Pontbriand said as he gazed at the attending crowd.

“We have over 200 cars for this event. I love automobiles, especially muscle cars, since I was 13 or 14 years old.”

One participant, Kory DeNeal, brought out two of his vehicles for the show.

Clad in a Santa Claus costume, DeNeal was also handing out Hot Wheels to youngsters who stopped by to check out his cars.

“I have a 1930 Ford Model A,” DeNeal noted. “It’s a 4-cylinder and it only has 40 horsepower. It’s all original, and in 10 years she will be 100 years old. I also have a hot rod which is a 1923 T-Bucket. It’s really like a kit car because somebody put a fiberglass shell on it and a 348 big-block Chevy motor from a 1958 Chevy truck and it can scream. I got it up to 55 miles per hour and I got scared because if the tire pops, and I flip over, the shell is going to shatter like a pop bottle.”

California resident Jerry Keith was another attendee who brought out his classic car.

“I’ve made quite a few modifications on it. It has white leather interior, and I’ve owned it for about two years. I take it out about every two weeks. I didn’t drive it here though.”

Pontbriand’s wife Valerie, meanwhile, spoke about the car show and how it has benefited the community.

“Every year we do charity fundraisers for different organizations,” she said.

“This year we picked the veterans because we thought it was very important. We are donating the proceeds from this event to the VFW 10054 Post. Last year it was the Nye County School District and the NyE Communities Coalition. The first year it was Manse Elementary School.”