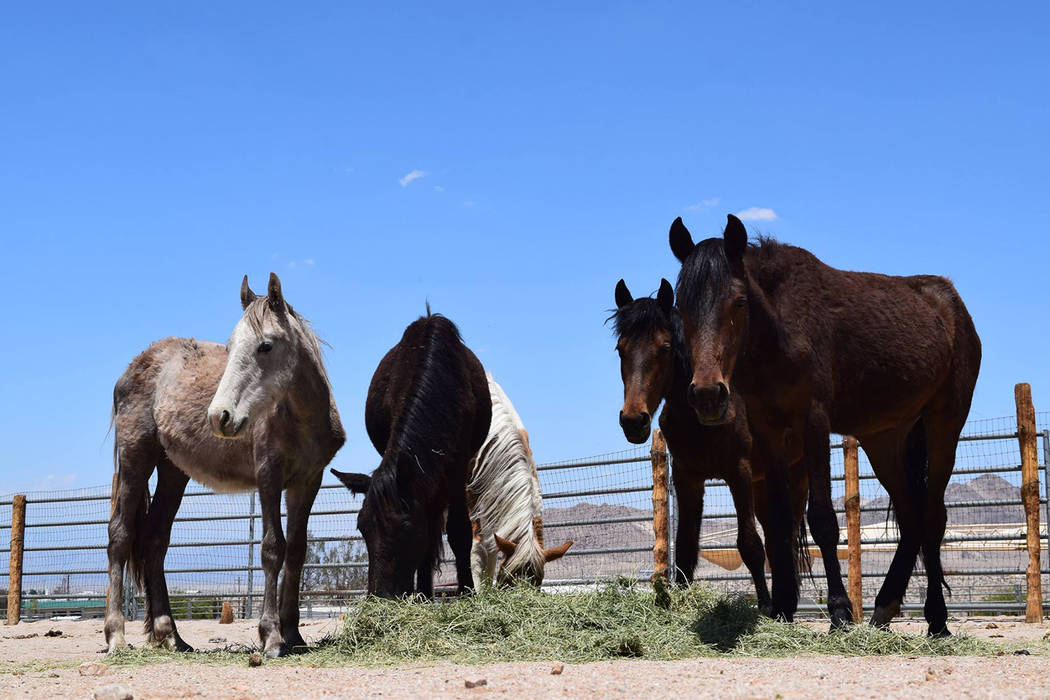 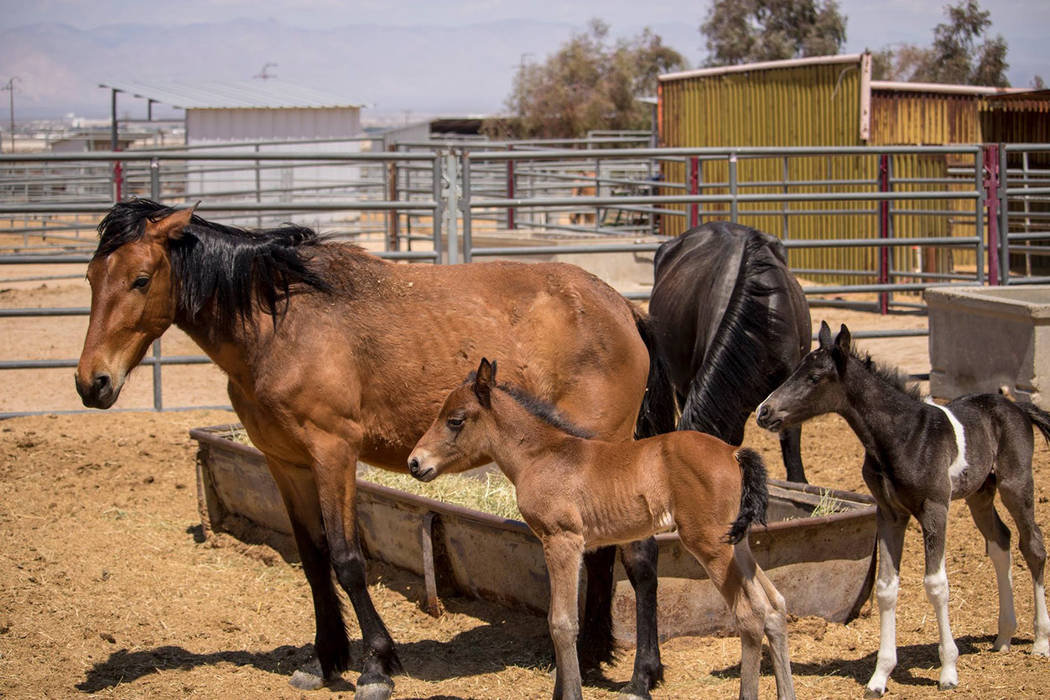 U.S. Forest Service Gathered wild horses have been transported to the Ridgecrest Regional Wild Horse and Burro Corrals in Ridgecrest California. This facility supports wild horse and burro management for the three-state region of California, Nevada, and Arizona.

Federal authorities wrapped up their emergency roundup in the mountains west of Las Vegas after removing three more wild horses from the depleted range near Cold Creek.

Donn Christiansen, who manages the Spring Mountains National Recreation Area for the U.S. Forest Service, said the last of the 148 horses captured since May 11 would be trucked to a U.S. Bureau of Land Management holding facility in Ridgecrest, California, on May 22.

The decision to end the operation was made after a helicopter survey on May 21 showed no more hungry horses within range of the contract wrangling crew.

“The few that are left are scattered, and they’re a lot more wild than the ones we got earlier,” Christiansen said.

As of May 20, 17 horses had been euthanized during the roundup. One was a foal that broke its leg. The rest were adult horses deemed too emaciated to be nursed back to health.

Christiansen didn’t know whether any animals had to be put down May 21.

“Some horses were in worse shape than we would have imagined,” he said. “They were starving to death because of the lack of forage.”

The contract crew of about eight wranglers used food and water to lure the animals into temporary corrals. About 10 workers from the Forest Service and four from the BLM assisted with the operation.

Christiansen said the horses that are deemed healthy will be offered for adoption by the BLM within a year. None of the captured horses will be returned to the wild.

This marked the second emergency roundup in the Cold Creek area since 2015.

The Forest Service and the BLM hope to prevent or postpone the next emergency by implementing a long-delayed wild horse and burro management plan for the Spring Mountains and surrounding area.

Options under consideration include relocating horses to less crowded habitats and administering birth control drugs to some populations.

The management plan also could lead to the removal of wild horses from Lee Canyon, where they graze in habitat considered critical to the endangered Mount Charleston blue butterfly.

Christiansen said a draft of the plan should be made public this summer.