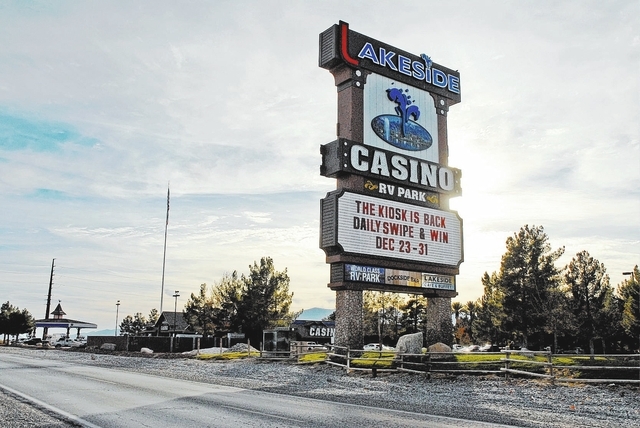 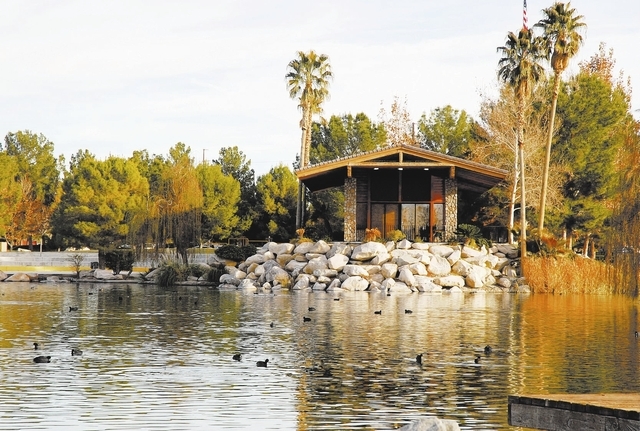 Lakeside’s RV facility has always been a popular spot for snowbirds. The grounds are manicured, free of debris and the amenities allow for outdoor entertainment.

Although it had won awards in the past, the facility fell into a state of disrepair and lost its top billing until it was purchased by Golden Casino Group in March 2012.

Hard work over the past 18 months was rewarded recently with a perfect score from Good Sam.

The organization not only has memberships available to its club, it rates camping facilities all over the nation and produces a yearly catalog outlining amenities in individual facilities, recreational opportunities, contact information and numerous other bits of information for travelers.

Of over 14,000 campgrounds included in the Good Sam catalog, Lakeside is one of only 68 facilities in the nation to receive a perfect score.

Golden Casino Group General Manager Jeremy Jensen said, “We couldn’t have done it without our team. It’s a lot of hard work and a lot of money.”

With plans in place to restore the campground to its former glory, Golden Casino Group began work with renovating the lake. The fountains needed to be repaired and parts replaced, and the beach was restored with tons of new sand.

Jensen said, “We had electrical repairs to make at some of the campsites and everything got a fresh coat of paint.” Some of the outlets and lights didn’t work.

Since the repairs, Lakeside has returned to hosting bands in the amphitheater by the water, outdoor barbecues and the ever-popular Chamber of Commerce paddle boat races.

Jensen said it’s the first time the facility has received top honors from Good Sam. “We had been in touch with their people about this. They sent a couple of representatives here for a few days. They have an extensive checklist.”

He said the list is broken into three categories with each rated on a scale of one to 10, 10 being the best.

The first includes the initial impression for the registration facility, laundry and restrooms.

The second involves the construction of the public facilities and how well maintained they are.

The third is the grounds. Are they free of trash and litter with proper receptacles in place? Are the trees and other landscape materials pruned and unobstructive? Are the grass areas mowed, trimmed and free of weeds?

Jensen said the facility scored a 10 in all three categories.

“It’s a tremendous marketing tool for us,” he said. “Receiving the award is an inspiration to our team. Once you get an award like this, expectations rise. Our guests will come because it’s top-of-the-line and it has to stay that way.”

He said there are about 25 employees at Lakeside who work just in the RV resort. “Those employees are split between the office and registration, security and maintenance crews.” He said the workers are thrilled to have the award. “It’s an honor for them as well and gives them a sense of pride in a job well done,” Jensen said.

Not only is it aesthetically pleasing, its system of interior roads and carefully placed campsites offer something travelers won’t find in a lot of RV parks — maneuvering room for huge motor homes and fifth-wheel rigs measuring over 38 feet in length.