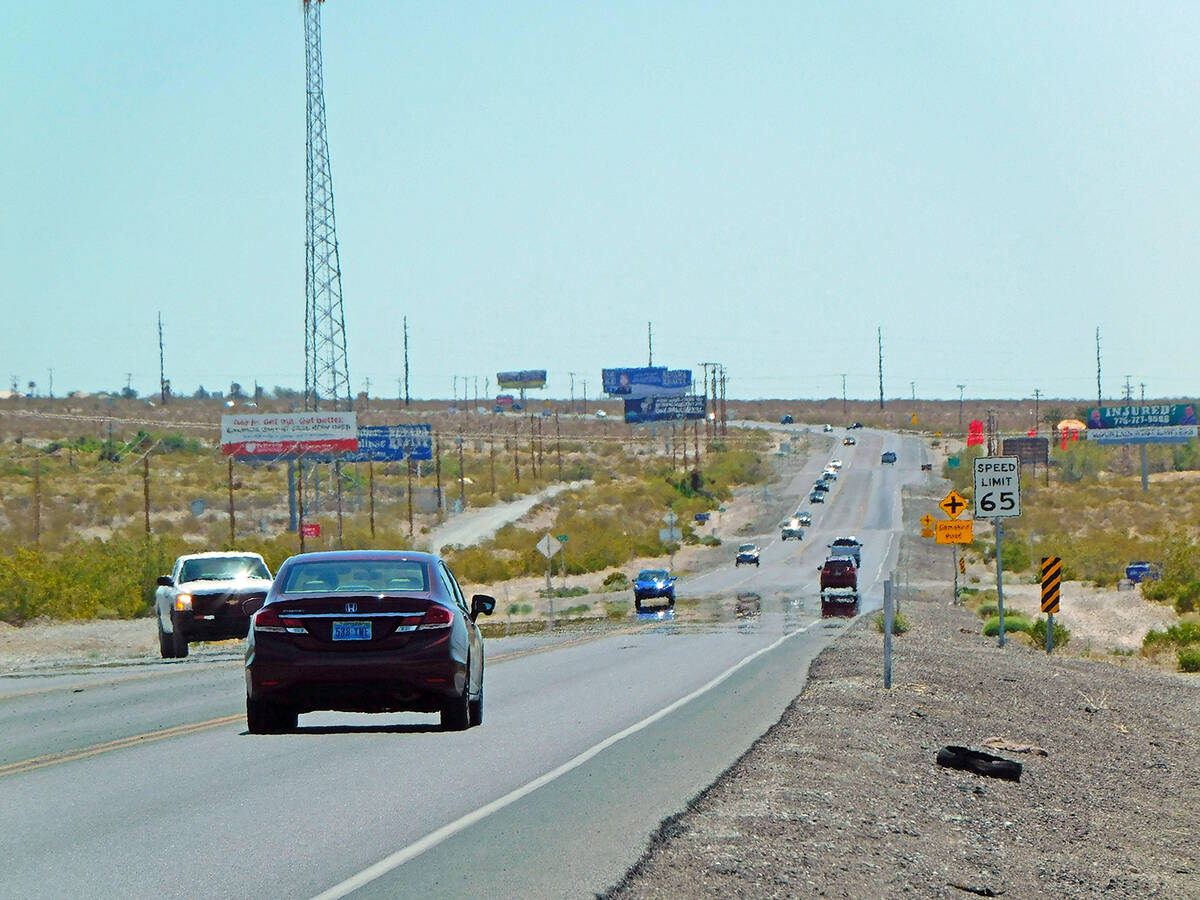 Robin Hebrock/Pahrump Valley Times Motorists can be seen traveling along Highway 160 near Dalton Street. Nye County recently approved $250,000 to help fund construction of a new roundabout in the area. 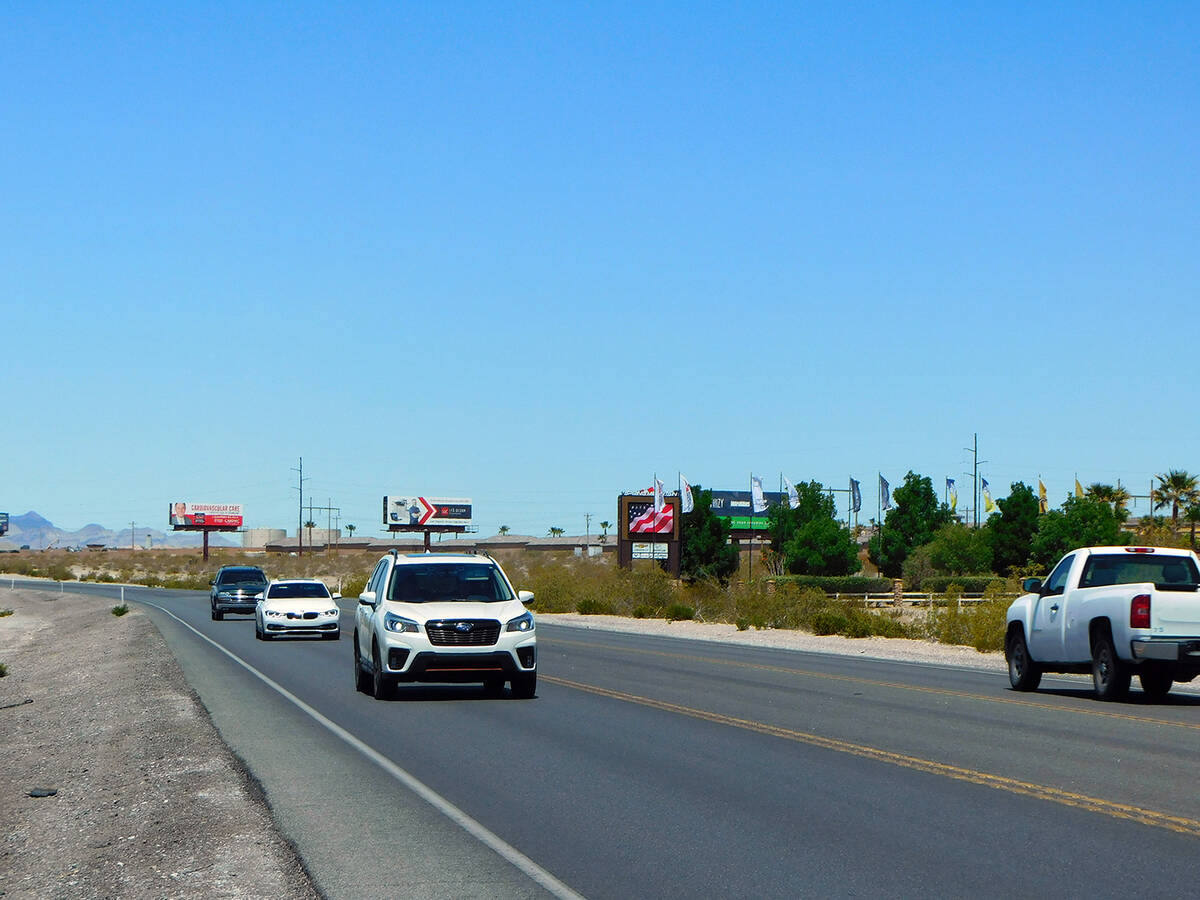 Robin Hebrock/Pahrump Valley Times This photo shows a stretch of Highway 160 near Dalton Street, where another new roundabout is planned.

Last month, Pahrump area residents learned of plans from a local developer to construct a new roundabout on Highway 160 and just weeks later, the Nye County Commission approved funding to support the installation of a second new traffic circle on the main highway through town.

The roundabout to be built by Adaven Management, detailed in the April 27 edition of the Pahrump Valley Times, is to be located at Highway 160 and Manse Road.

As detailed by the agenda item for the May 3 meeting, the roundabout will be used to provide access to the Pahrump Fairgrounds, as well as the Silverton Hotel that is in the works for land adjacent to the Spring Mountain Motorsports Ranch.

This roundabout has been planned for several years, first receiving approval in August 2019 by the Pahrump Regional Planning Commission and later gaining the thumbs-up from commissioners in December 2019.

Nye County Commissioner Leo Blundo made the motion to approve, with a second from Debra Strickland.

Commission chair Frank Carbone said he had already received several communications from area residents who were concerned about the plans to place a roundabout at the highway and Manse Road, and others who questioned why the county would be putting money into a roundabout at Dalton and Highway 160. He explained that the county would be utilizing the traffic circle to give access to the Pahrump Fairgrounds, which the county is partnering with the town to develop.

“This is our contribution to improve that intersection,” Blundo said, noting that the amount was much less than it could be in other circumstances. “So this is a cost-saving measure. This is what we like to call a public-private partnership, where the racetrack and the Silverton are footing the majority of the bill and the taxpayers are getting a significant savings from the improvement of that intersection.”

Blundo said that from his point of view, a roundabout would be a better option for traffic control than a traffic light and Nye County Public Works Director Tom Bolling concurred.

“The problem with it is, with development, you are either going to get a stoplight or a roundabout,” Bolling said. “So you can either stop, or you can slow down. In my opinion, I’d rather just slow down.”

Strickland recalled the first time that roundabouts were proposed for the area in 2015. At that time, plenty of residents were incensed by the idea of Highway 372 including traffic circles and many fought against their construction.

However, the project was eventually pushed through and they were completed as of 2017. Since that time, Bolling added, residents have become more accustomed to using them and therefore, he anticipates that the public angst will not be quite as bad as it was the first time around.

The motion to approve funding in the amount of $250,000 for a roundabout at Dalton Street and Highway 160, to be funded by county impact fees, passed 4-0 with commissioner Donna Cox absent.