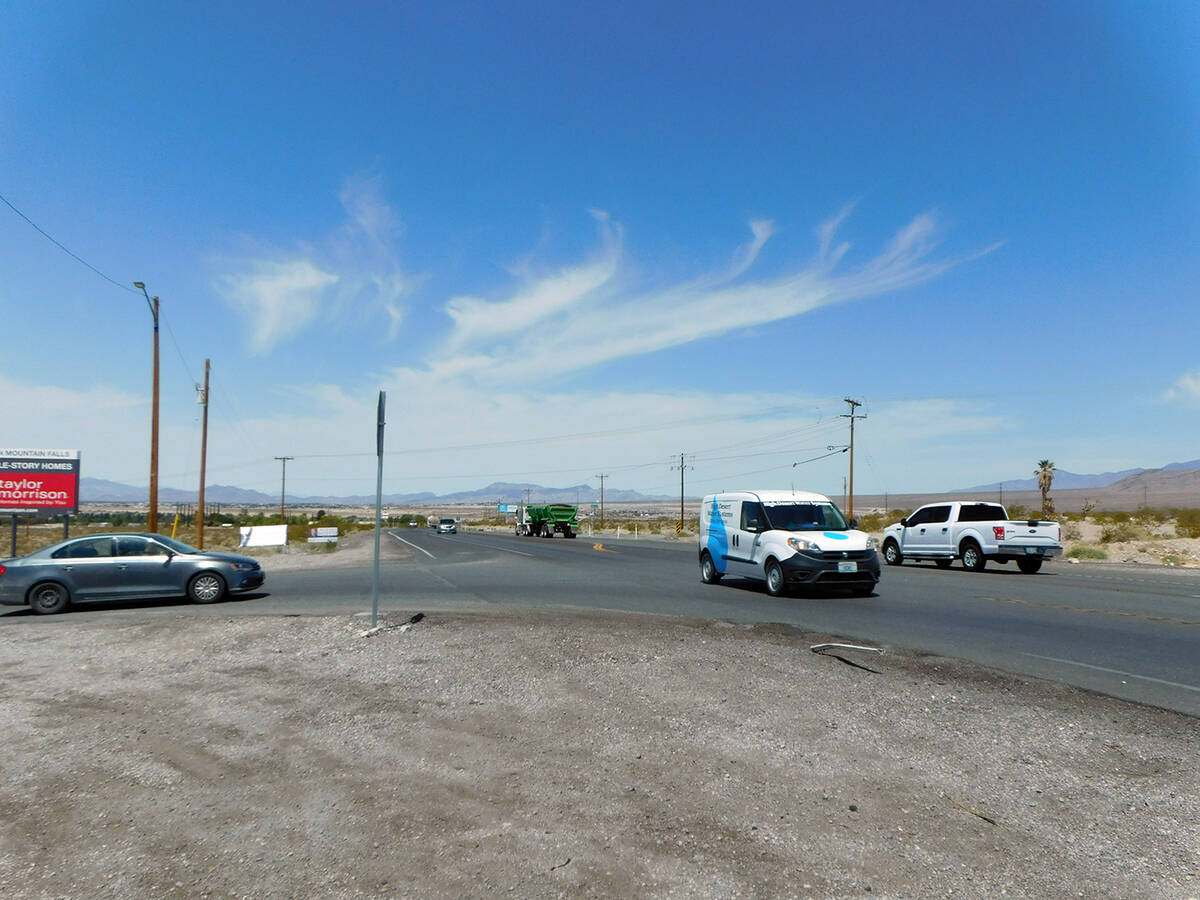 Robin Hebrock/Pahrump Valley Times Taken Monday, April 25, this photo shows the intersection of Highway 160 and Manse Road, where developer Adaven Management is working to establish a new roundabout as part of its plans to construct a new residential subdivision. 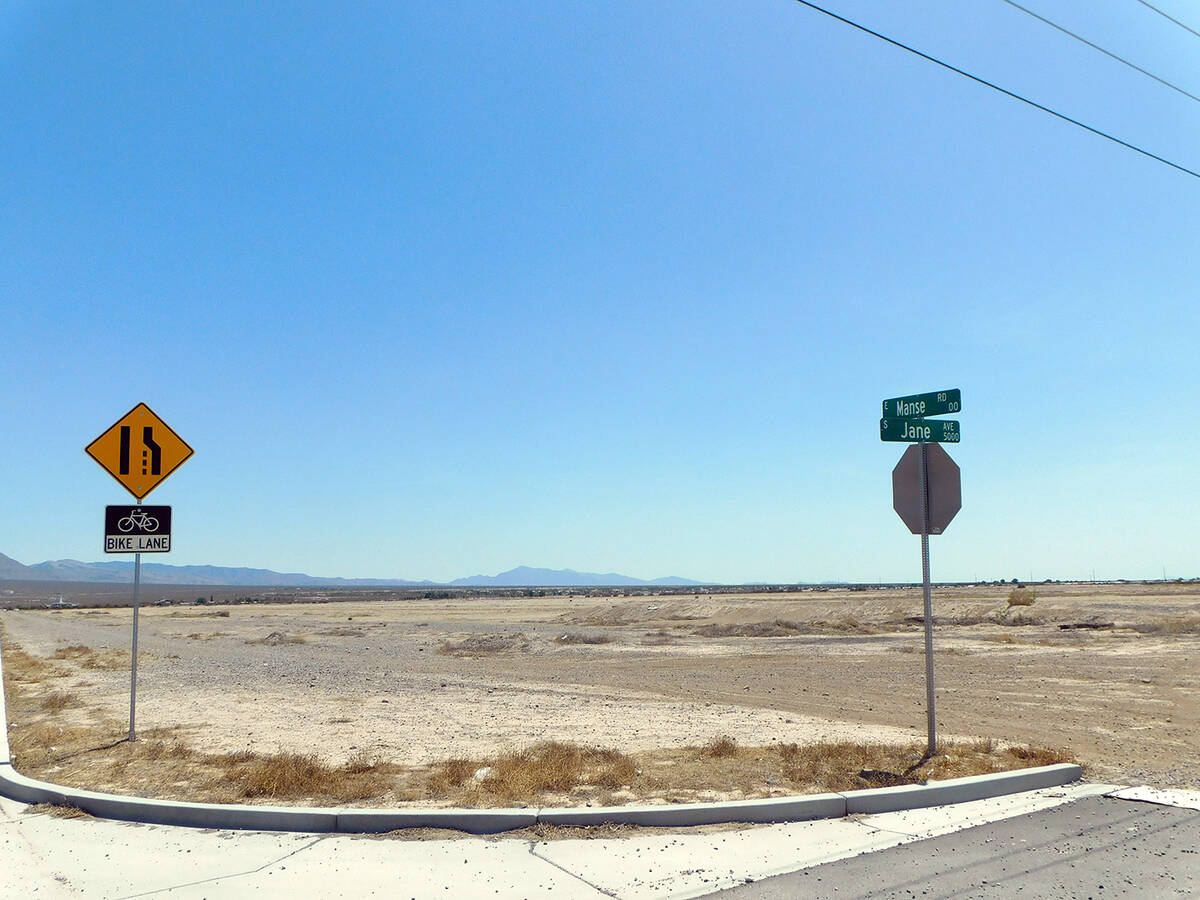 Robin Hebrock/Pahrump Valley Times This photo shows a view of the land that will become Adaven Management's "Common Interest Community", which is set to be built on acreage southeast of the intersection of Manse Road and Jane Avenue. 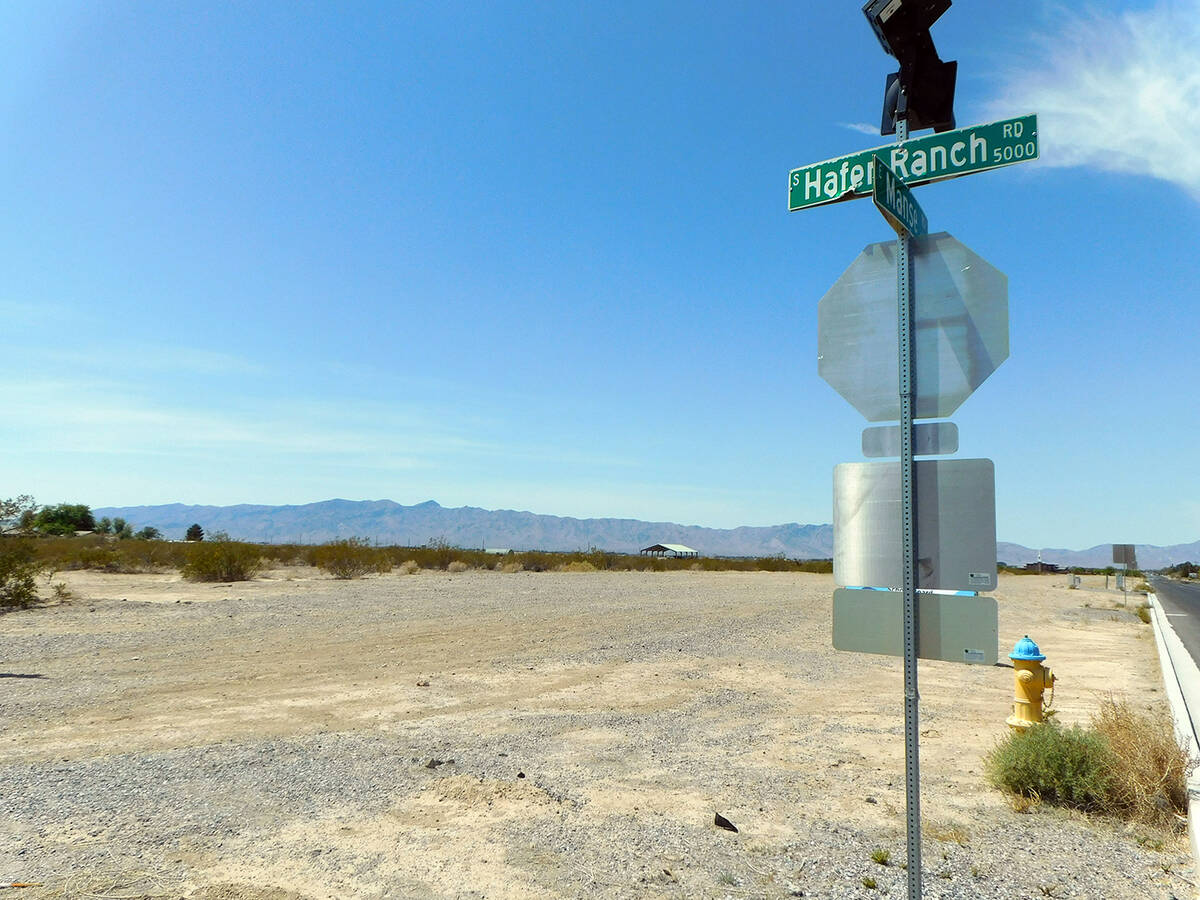 Robin Hebrock/Pahrump Valley Times This photo shows another view of the Adaven Management lands, with Hafen Ranch Road and Manse Road to mark the northeastern edge of the planned subdivision.

Adaven Management went before the Nye County Commission this month to provide an update on the status of its longstanding development agreement and if all goes as company officials hope, it will result in not only a residential subdivision but also quite a change to the eastern entrance into the town of Pahrump.

To facilitate access to its planned “Common Interest Community,” dubbed Mountain Falls South, Adaven has been working with the Nevada Department of Transportation on the construction of a roundabout on Highway 160 at Manse Road. Adaven Management Vice President Mark Dunford said the road project is currently under review and the company expects to receive the green light for it in the near future.

Aside from the plans for a highway roundabout, the bulk of Dunford’s presentation focused on the tasks already undertaken by the associated parties in pursuit of building the subdivision, which is set to be located on approximately 1,177 acres of land southwest of the intersection of Manse Road and Hafen Ranch Road.

This development agreement with Nye County was approved more than two decades ago. Though there have been no homes built as of yet, Adaven and its associated parties, including GVT Investments, Sagewind SN Holdings, Pahrump 230, Regency Place, Ideal Staple Co., Insight Holdings, the Hafen Family Limited Partnership and HHH Investments, have not wasted the last 22 years.

As detailed by Dunford, there has been plenty of forward movement on the various requirements outlined in the development agreement. The punch list of items already finished include the donation of a 12-acre site for Floyd Elementary School, along with the donation of water rights and the necessary sewer connection by Hafen Family Limited Partnership and HHH Investments. Adaven also worked with the Church of Jesus Christ of Latter Day Saints to help establish the church on Manse Road.

The development agreement also stipulated that certain improvements be made to Manse Road from the highway to Hafen Ranch Road, which was completed. In addition, Dunford said there has been paving and curb and gutter done on Manse Road, as well as the installation of a fiber-optic line.

To date, Dunford reported that more than $17 million has been invested in infrastructure alone and the roundabout is estimated to cost another $1.5 million. With so much money already spent, Adaven is now eager to capitalize on the current housing market conditions by pursuing its build-out.

According to the development agreement, Adaven can build up to 5,160 residential units in its “Common Interest Community.”

To view the development agreement in full visit nyerecorder.net and search for document #624831.