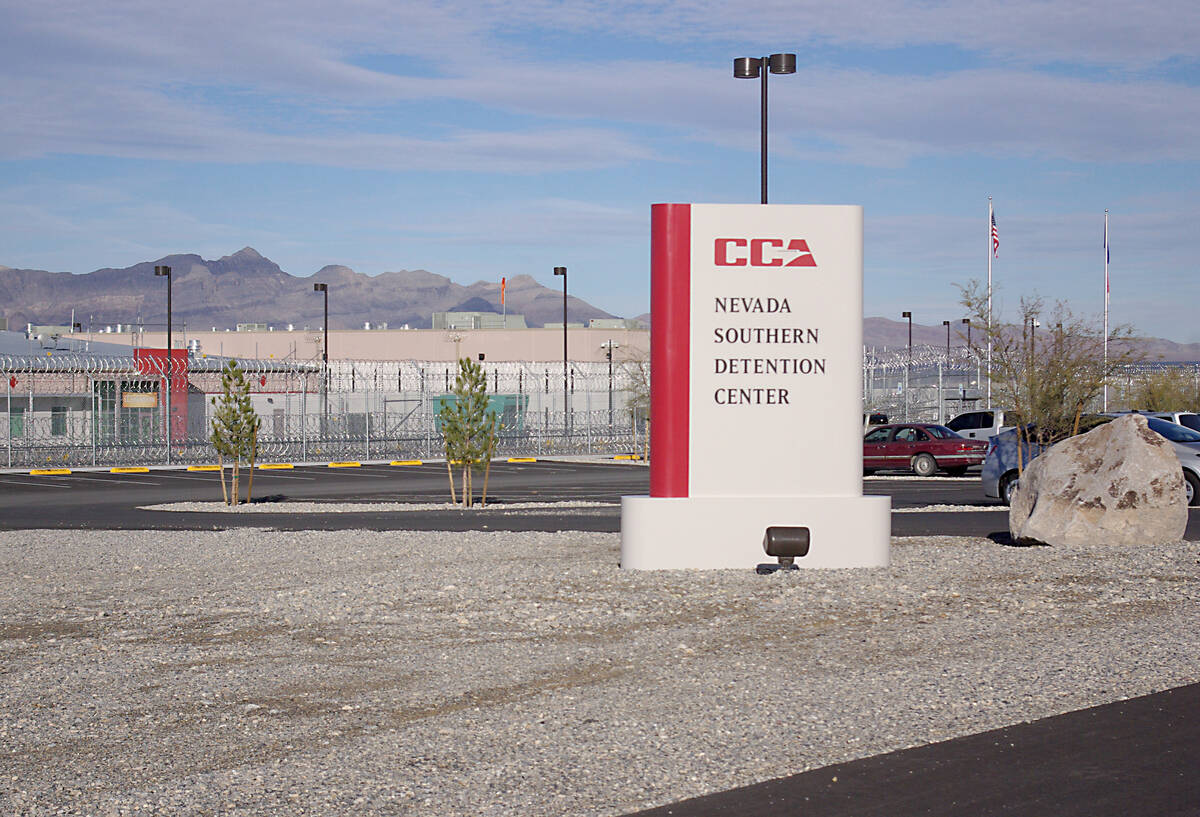 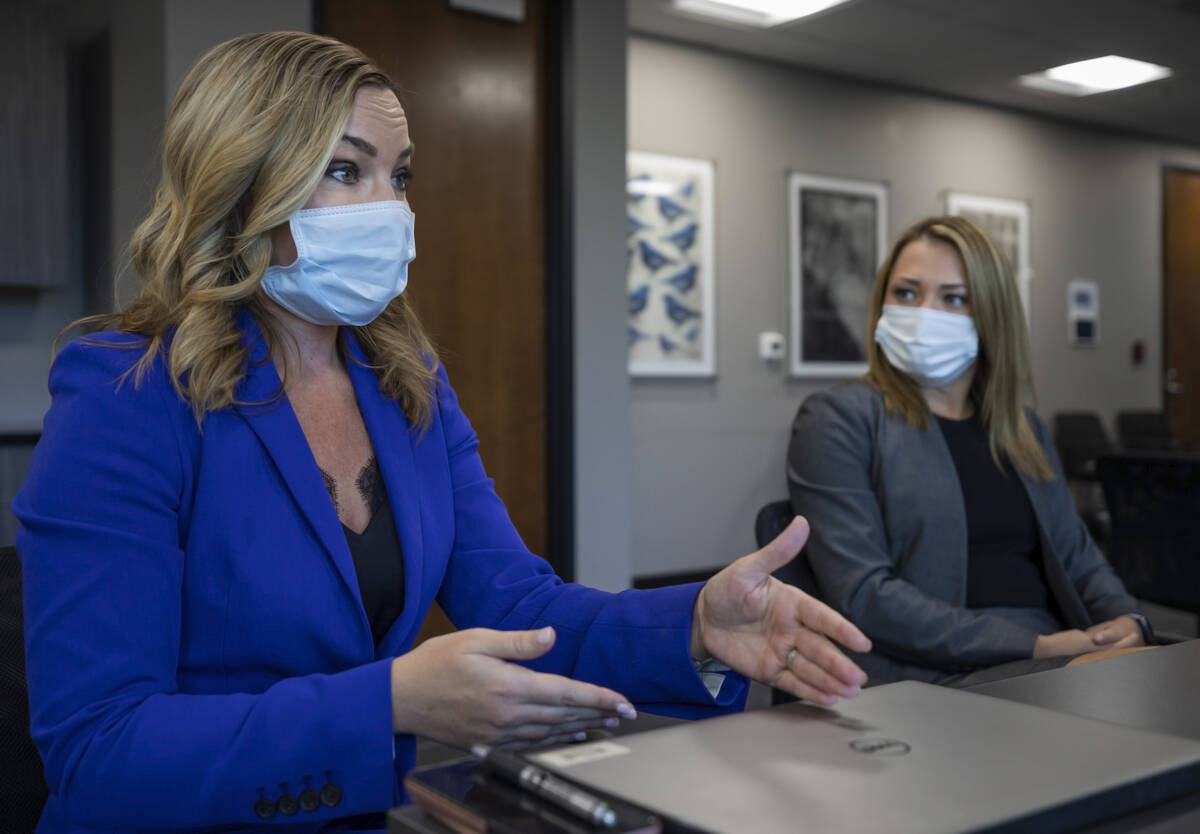 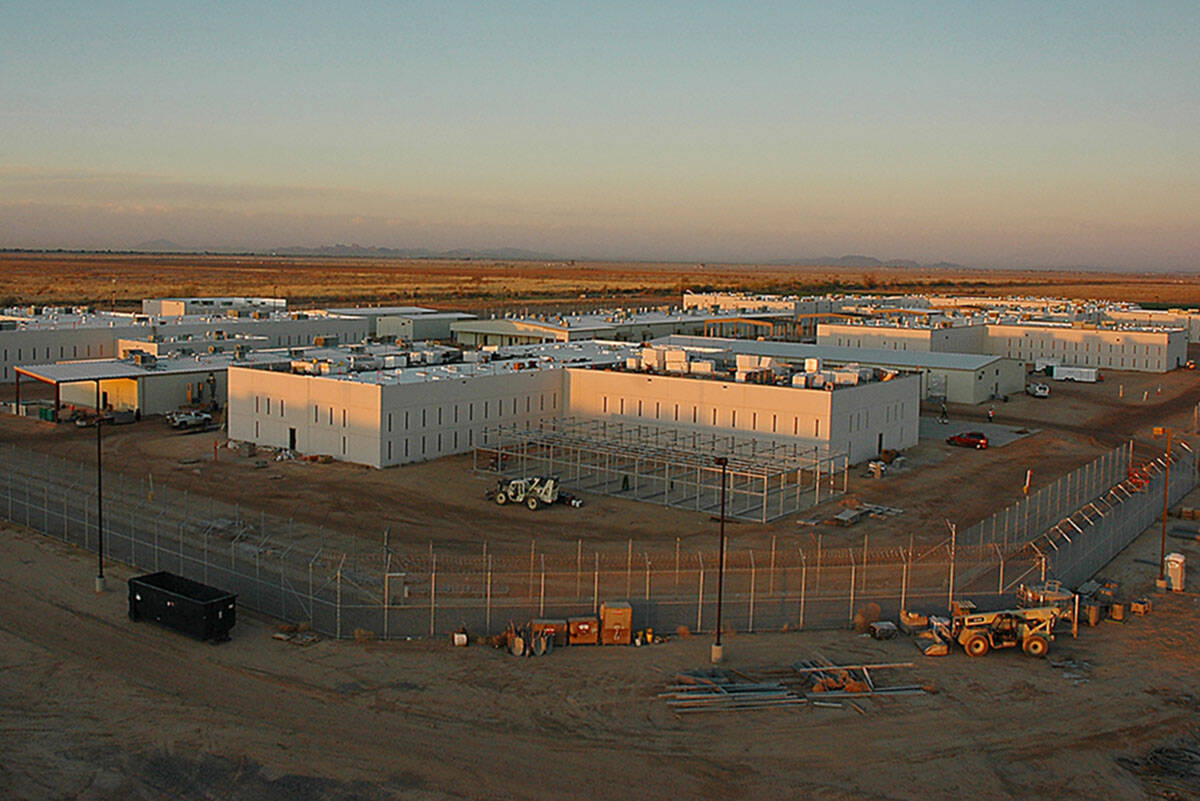 Las Vegas Review-Journal Nevada Southern Detention Center in Pahrump, owned by CoreCivic, a private company, terminated a captain at the facility after an investigation revealed the individual, identified as Travis Frey 31, was allegedly active on a neo-Nazi website, looking to start a white supremacist group. 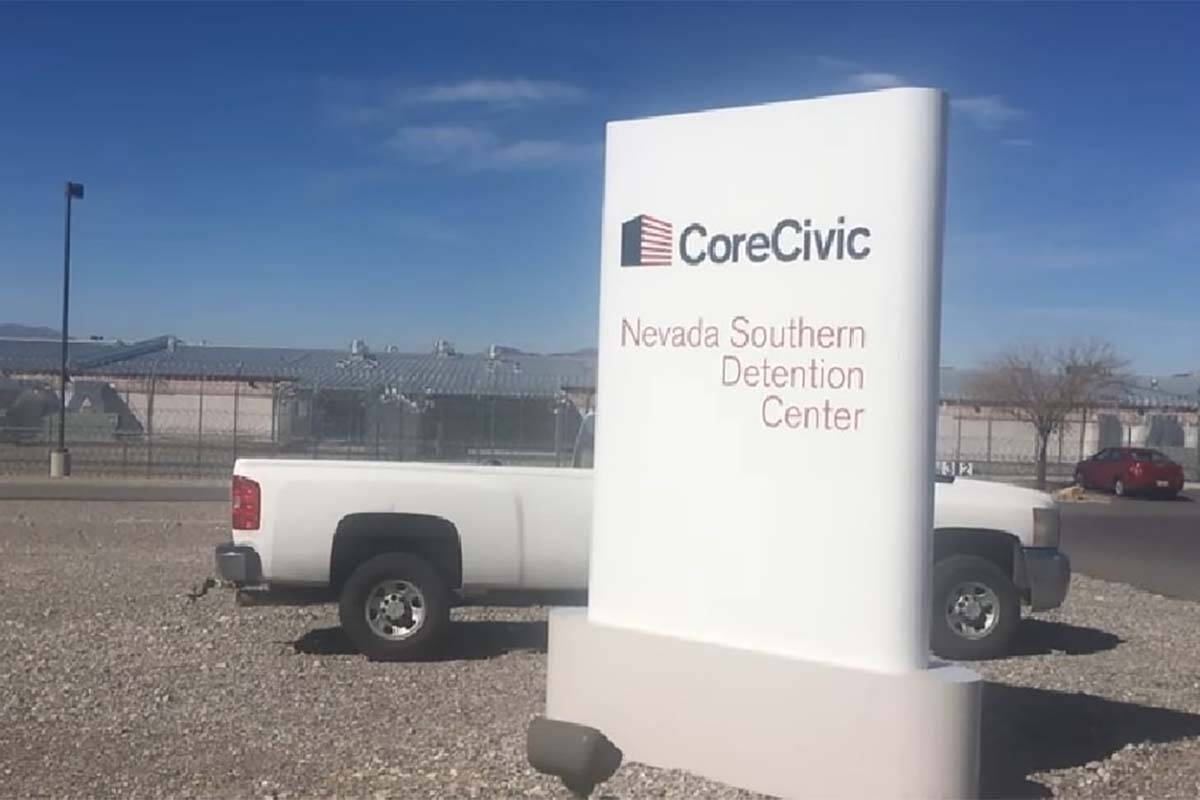 Federal and local officials are investigating the death of an inmate at the CoreCivic Nevada Southern Detention Center in Pahrump on Friday, July 12, 2019. (Nye County Sheriff's Office)

A Pahrump detention center that’s leased by Immigration and Customs Enforcement may be obstructing the rights of its detainees and their paths to freedom, according to Sen. Jacky Rosen (D-Nevada).

She’s urging Homeland Security to investigate the Nevada Southern Detention Center, located on Mesquite Avenue, after hearing reports that detainees there lack proper access to legal counsel and have been denied other constitutional rights.

In a letter sent Tuesday to Homeland Security, Rosen urged the federal agency to conduct a full review of the Pahrump facility, which detains those suspected of being in the country illegally.

Rosen said it was “deeply concerning” when her office was informed that attorneys weren’t always notified when their clients at the facility were transferred elsewhere, including to sites in other states.

ICE does maintain an online system to locate detainees, but attorneys have reported that the system isn’t regularly updated.

The Pahrump detention center has reportedly required attorneys to meet with their clients in public areas, including the front lobby where their conversations may not remain private or confidential.

Some detainees may have even been denied accommodations for their disabilities, Rosen’s letter claimed.

Homeland Security should conduct a full review of ICE detention facilities in Nevada, she urged.

It’s unclear how many detainees are currently housed there.

While COVID-19 safety protocols may be affecting operations, Rosen said that “such actions still raise serious concerns and are a potential violation of the fundamental values of our judicial system and basic rights in our country.”

Nevada Southern Detention Center is operated by CoreCivic, a private company formerly known as Corrections Corp. of America, which is one of the largest owners of correctional and detention facilities in the U.S.

“CoreCivic is firmly committed to providing those in our care with access to counsel and access to courts, and this commitment is part of our Human Rights Policy,” Ryan Gustin, director of public affairs for the company, told the Pahrump Valley Times on Thursday. “Our facility has not received any complaints or grievances from detainees or attorneys about legal access issues. We do not have a role in, nor any influence over the legal process.”

The immigration facilities in Pahrump are monitored closely by its government partners at ICE, he said.

“They’re required to undergo regular review and audit processes that include ensuring an appropriate standard of living for all detainees.”

In September 2020, Sen. Catherine Cortez Masto (D-Nevada) toured the private detention center in Pahrump following a lawsuit filed by 25 detainees who cited coronavirus-related safety concerns. Her visit came just months after crowded and unsanitary conditions at the detention center led to one of the worst outbreaks of COVID-19 cases in Nye County.

Cortez Masto said in September 2020 that the facility appeared “clean,” but she remained unsatisfied with the overall treatment of migrants by the federal immigration system.