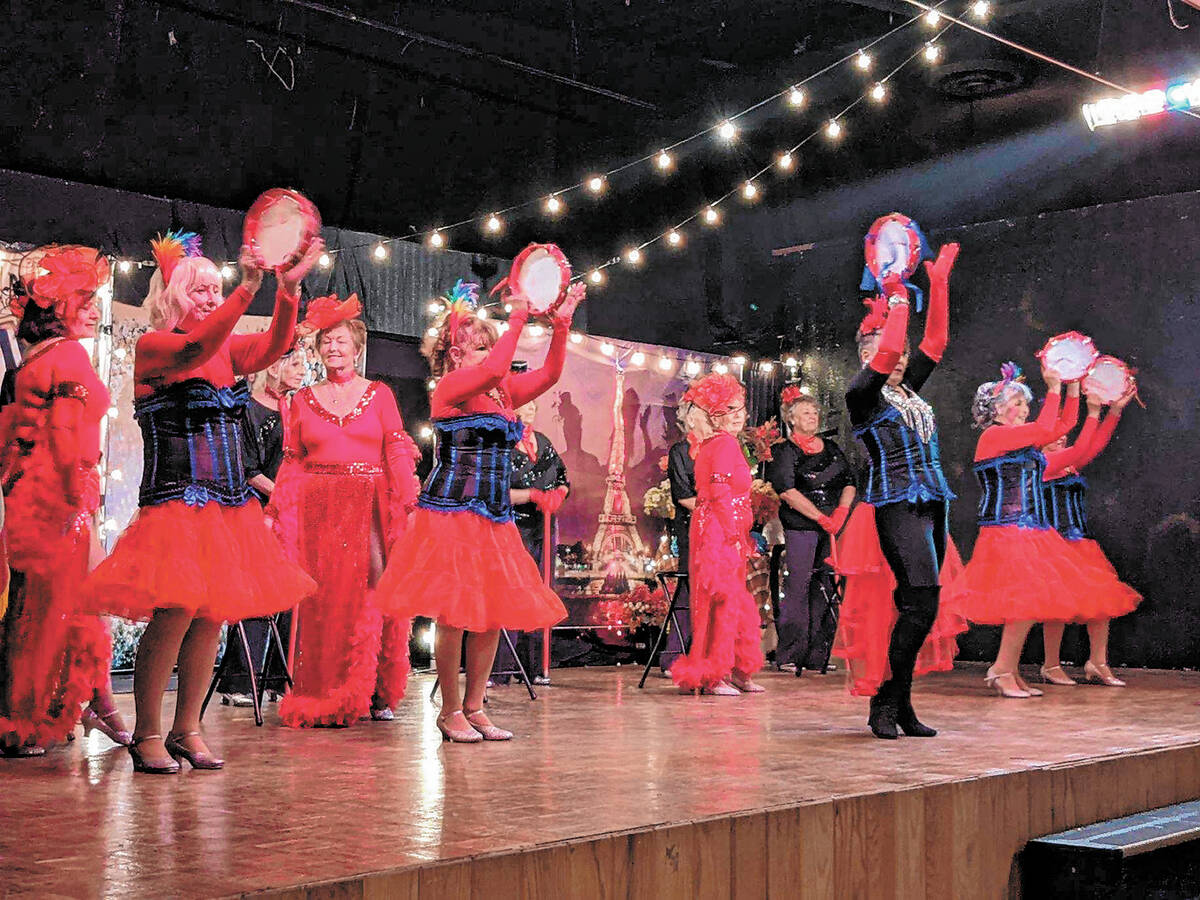 Mark Moore/Special to the Pahrump Valley Times The Nevada Silver Tappers are seen entertaining the crowd at the Ms. Senior Golden Years Pageant in 2021. 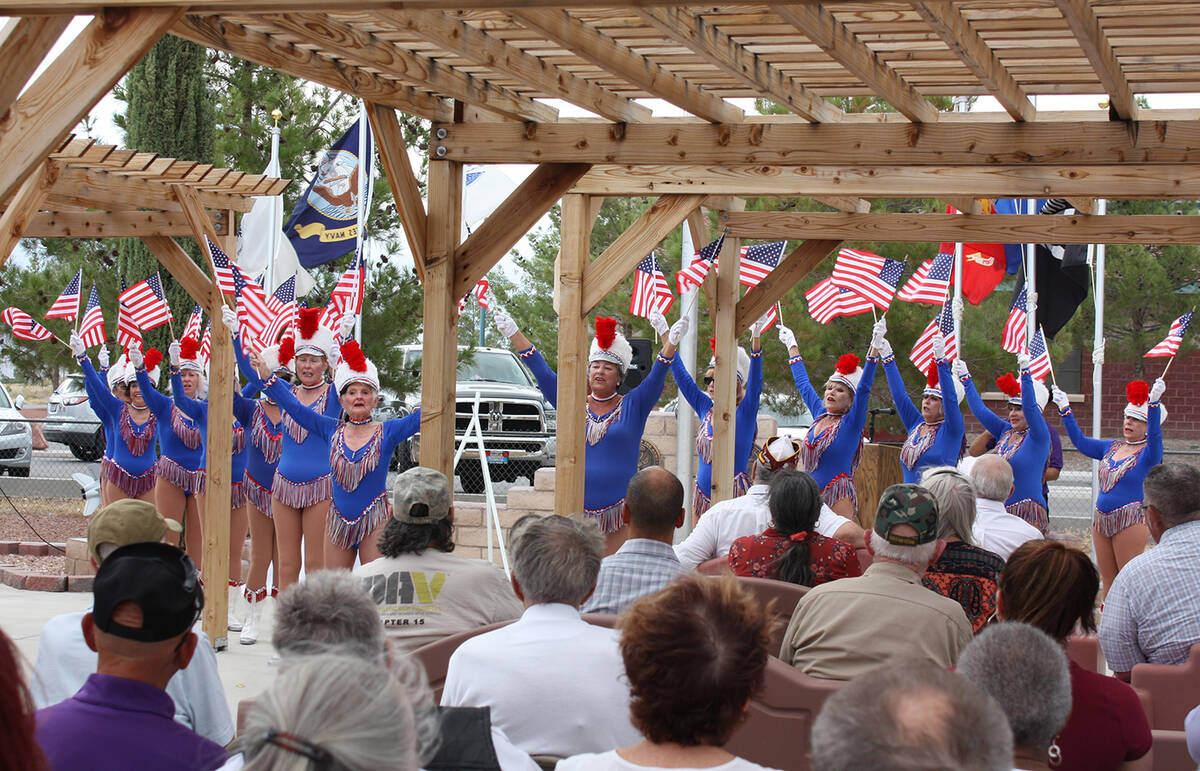 Robin Hebrock/Pahrump Valley Times The Nevada Silver Tappers, shown here performing at a military ceremony, are well-known for their support of veterans' causes. The group's next fundraiser, the USO Show, will bring in much-needed funds for the VFW Veterans' Food Bank. 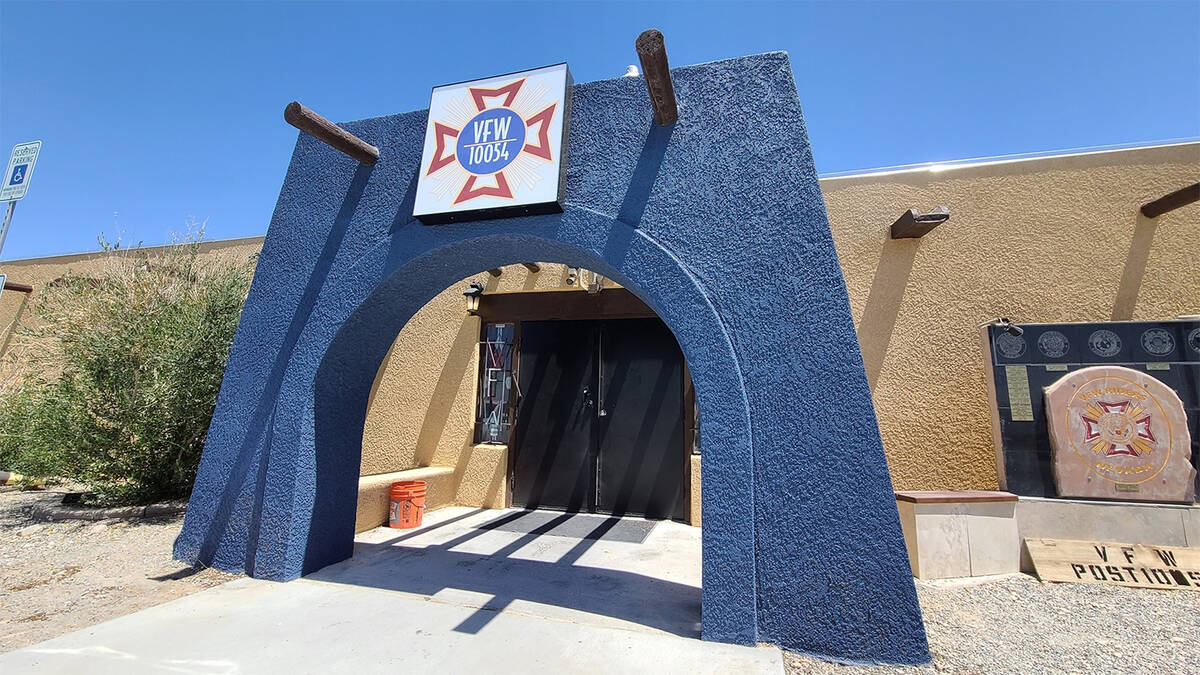 Special to the Pahrump Valley Times Located at 4651 S. Homestead Road, Pahrump's VFW Post #10054 is home to a Veterans' Food Bank, which will be the beneficiary of the funds raised at the Nevada Silver Tappers' USO Show this Saturday. 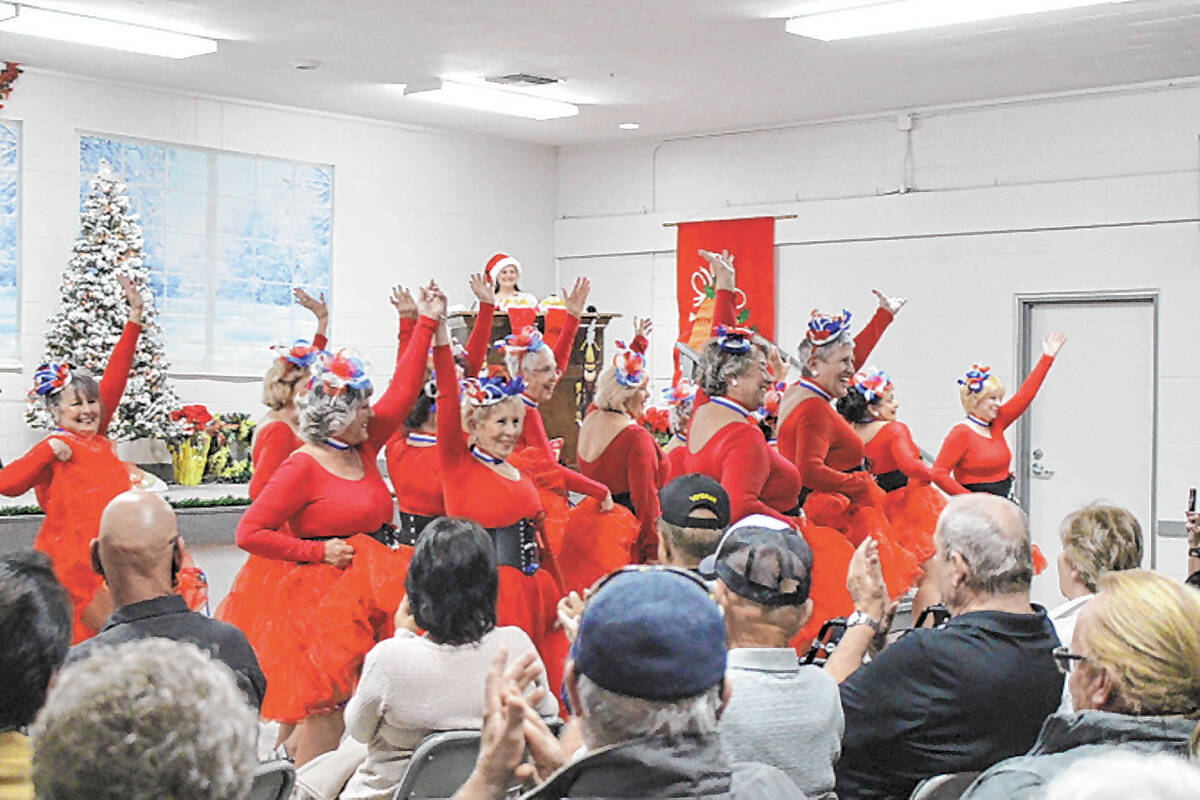 Robin Hebrock/Pahrump Valley Times Ladies of the Nevada Silver Tappers wave cheerfully as they exit the stage following a performance of the "Can Can" dance in December 2021.

Anyone who knows B.J. Hetrick-Irwin and the Nevada Silver Tappers will know that they are staunch supporters of the veteran community. Over the years, the Silver Tappers have spread their charitable efforts far and wide to the benefit of all kinds of veteran causes and this time around, it will be the veterans’ food bank at the Veterans of Foreign Wars Post #10054.

On Saturday, Nov. 5 the Nevada Silver Tappers will take to the stage inside the Saddle West Showroom for their 2022 USO Show and Hetrick-Irwin was delighted to report that every last ticket to the show has officially been sold.

“It’s going to be absolutely packed. We didn’t even have time to put out much publicity on it because people were screaming for tickets as soon as we started selling them,” Hetrick-Irwin told the Pahrump Valley Times this week.

Attendees of the USO Show will be treated to a trip around the world, she detailed, beginning on the East coast of America and wending through countries such as Italy, Germany, France and Latin America before concluding with the West coast of the U.S. Hetrick-Irwin said she was extremely proud of choreographer Kim Cornell-Lyle, who put a tremendous amount of energy and expertise into each and every aspect of the show and she was anticipating a performance to outshine any other before.

“The show never stops, there will be no gaps in between the dances,” Hetrick-Irwin remarked enthusiastically. “And I never thought in my 97 years that I would be doing a show like this one. It’s wonderful, I am so excited about it. And the girls, they have all worked so hard. Everyone is just going to love it!”

As for the why behind the USO Show, Hetrick-Irwin said she and her fellow ladies had learned of the struggles the VFW Veterans Food Bank was facing and they readily responded.

“I got a call that they were pretty desperate over there,” Hetrick-Irwin said. “And honestly, we wouldn’t be able to do what we are doing without our vets. They are the reason we have the freedoms that we do and we can never thank them enough. So that’s why we are giving all of the money raised at the show to the Veterans’ Food Bank.”

The VFW Veterans Food Bank is located at the VFW Post #10054, 4651 Homestead Road. It is open every Wednesday from 10 a.m. to noon. Veterans should bring their military ID and Nevada ID to sign up.