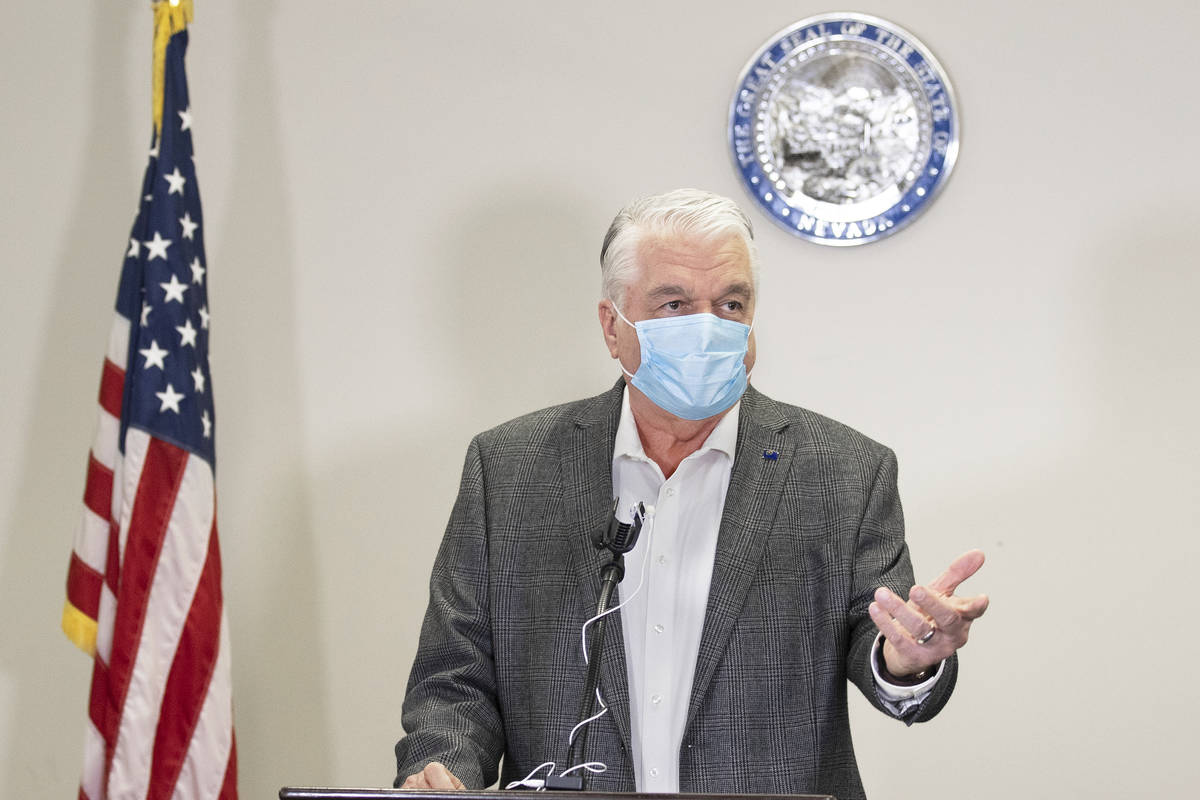 Gov. Steve Sisolak on Monday announced the state will be extending the restrictions in place under the current pause in Nevada through Jan. 15.

This statewide pause implemented strict mitigation measures in an effort to both protect lives and protect the state’s fragile economy. Under this pause, capacity is limited to 25% at many businesses, including restaurants, bars, casinos floors and gyms.

Additionally, public gatherings are capped at 50 individuals or 25% capacity, whichever is less, and private, residential gatherings are limited to 10 people from no more than two households.

“I know the mitigation restrictions in place under the current pause are devastating to many Nevadans who just want to go back to normal, those who are worried about their jobs, their businesses, keeping their homes and getting their kids back to school,” Sisolak said. “But as I’ve said for nine months now, we must do what we can to protect the health and safety of the public. That remains more important than ever as we experience these record numbers.”

The governor said the state will continue to monitor and evaluate our current situation to determine whether different actions need to be taken. If officials and experts agree that Nevada’s trends are going beyond our ability to respond, the state will have no choice but to implement new measures.

Additionally, Sisolak announced one more public health mitigation measure; on Tuesday he will be signing a directive that will place a moratorium on most residential evictions in Nevada through March 31. The moratorium will apply to tenants unable to pay rent and will not prohibit certain evictions. For example, lease breaches for things like unlawful activity or nuisance are not included.

Sisolak noted that the first doses of a vaccine will be allocated this week.

“On Friday night, the FDA granted emergency use authorization of the Pfizer vaccine and this morning, the Western States Panel tasked with reviewing the vaccine signed off as well,” Sisolak said. “We anticipate receiving the first shipment in the state on Monday, and the state team has worked closely with our partners and plans are in place to distribute the first allocation of the Pfizer vaccine to our frontline health care workers for immediate vaccination, and staff and residents in our skilled nursing facilities as soon as possible.”

Thanksgiving apparently had the impact on the pandemic experts expected it would, Sisolak said.

“As you all know, Dr. Fauci predicted that Thanksgiving would cause “a surge on top of a surge,” and we have every indication that’s where the nation — and where Nevada — is headed at this time,” the governor said. “According to state health officials, we are just now beginning to see the effects of the holiday in our data.

The governor said that, while the numbers are the worst they have been since the pandemic began, continued vigilance is required.

“With the extension of this pause, the evictions moratorium, the cooperation of Nevadans and a vaccine on the horizon, I am hopeful we can continue to stand together in this fight against the virus,” Sisolak said. “We are fighting the virus; we cannot fight one another.”