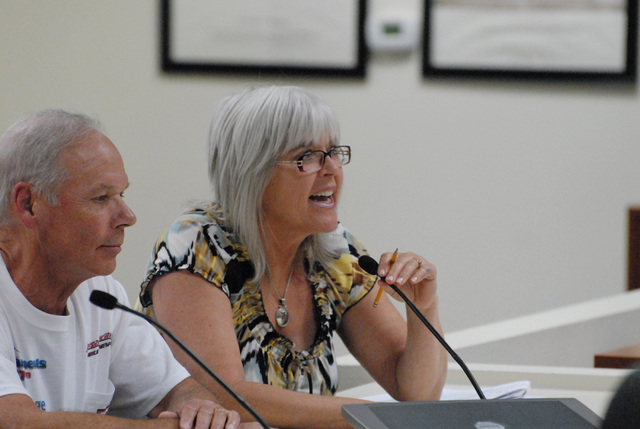 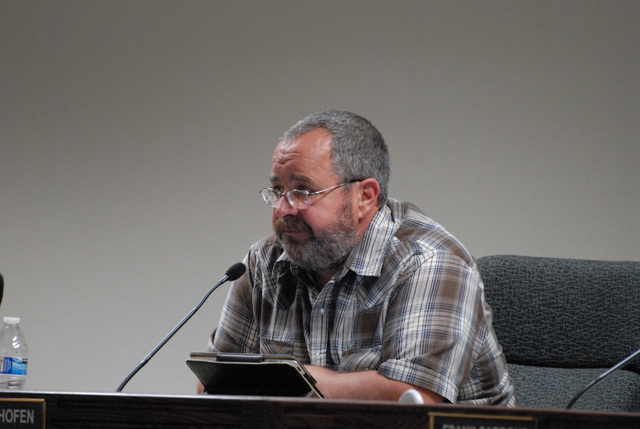 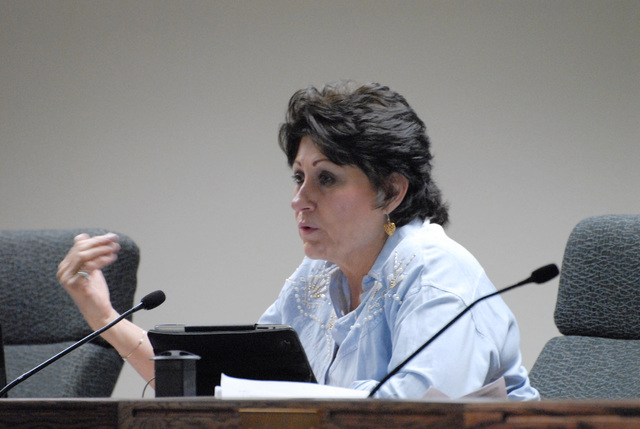 Nye County commissioners decided Monday not to limit the number of special use permits for medical marijuana establishments and also voted to defy a state law, allowing people to continue cultivating marijuana even if a dispensary opens within 25 miles.

Applications must be submitted for a special use permit by June 20 but a provision was stricken that the county commission will select the top four applicants. Revisions to the previous zoning amendment now allow medical marijuana establishments in a commercial zone. Interim Community Development Director Darrell Lacy said they would also be permitted in commercial manufacturing and a business opportunity overlay zone on larger lots.

The buffer zones were reduced to within 1,000 feet of a school or public facility.

“We’re going with state minimums across the board here,” Commissioner Dan Schinhofen said.

Steven Pingree, manager and part-owner of Symbiosis LLC, who said he owned a 300-acre tree farm in Amargosa Valley, said he wants to build a marijuana cultivation and production facility on 43 acres he jointly owns with Farm Road LLC. He asked commissioners to eliminate requirements for complete business plans or financial plans. Pingree also asked the county to remove penalties making it a criminal misdemeanor to violate the special use permit, adding revocation of the permit or an abatement process.

“I don’t think it’s pertinent within the zoning purposes and secondly, when the state processes our application, as you’re all aware, the financial, criminal background, site plan and business plan is thoroughly vetted by the state,” said Pingree, who mentioned he’s also an attorney.

District Attorney Brian Kunzi said, “you can make anything criminal you want to make criminal and I think when we’re dealing with medical marijuana it creates a lot of issues with regard to the legality of medical marijuana establishments and the potentiality of illegal sales.”

“There are federal consequences, there are also state consequences that would apply. It would be duplicative or unnecessary for Nye County to prosecute for the criminal offense,” Pingree said. “Any special use permit you issue would be conditioned on a special application to the state. One way or another the state is going to do the business plan analysis.”

Former State Sen. Sandra Tiffany asked if a cultivation facility and dispensary could be located in the same building. Kunzi said there’s no restriction on it. Tiffany urged commissioners to let the state make the selections, using a merit-based system.

“Send everybody to the state that meets your requirements,” she said, “then you won’t have a lawsuit, let them make the decision by using the merit-based system.”

Debra Strickland, co-owner of Strickland Construction, who wants to build a grow house, said the free market system should rule.

Dave Richards, a consultant for CivilWise Services, said he represents three clients wanting to build projects on property that would have to be rezoned with master plan amendments. He said that won’t allow time to go through the planning process in time for submission to the state.

“These people are very substantial, very capable of doing these things. They have gone through Pahrump to look at the best viable property to do this thing on and could not come up with light commercial or commercial manufacturing,” Richards said.

Assemblyman William Horne, D-Las Vegas, an attorney who is representing a medical marijuana client, asked about the buffer between marijuana establishments and community facilities that could be located in strip malls. He also had advice based on Clark County’s experience.

“One of the things the feds have been harking on when you set your regulations, they insist on a robust regulatory system. People that have been asking for elimination of this provision or that provision I would take care in doing that. Once that robust standard has been lost, I think it invites federal scrutiny and I think that is what everyone is seeking to avoid,” Horne said.

Michael Augustine, head of the Nye Cannabis Coalition, didn’t like the bill allowing cultivation within 25 miles of dispensaries.

“I don’t want Nye County to be the epicenter of a lawsuit over violating somebody’s rights provided to them by the Nevada Constitution by suggesting that the only way for them to acquire marijuana is to buy through a government monopoly,” Kunzi replied.

“The state says if you violate those laws your registry card is revoked. That leaves you open for prosecution,” Augustine said.

Commissioner Donna Cox asked, “would there be any legal repercussion to this board for voting for an ordinance in violation of a state law?”

Kunzi replied, “you’re passing an ordinance in violation of federal law. I don’t know if it’s any different than what you have in your fireworks ordinance.”