Special to the Pahrump Valley Times Included in the backup information for the Nye County Commission's April 28 meeting, this shows the amount of unbudgeted funds utilized during the Storm Area 51 state of emergency in the county. 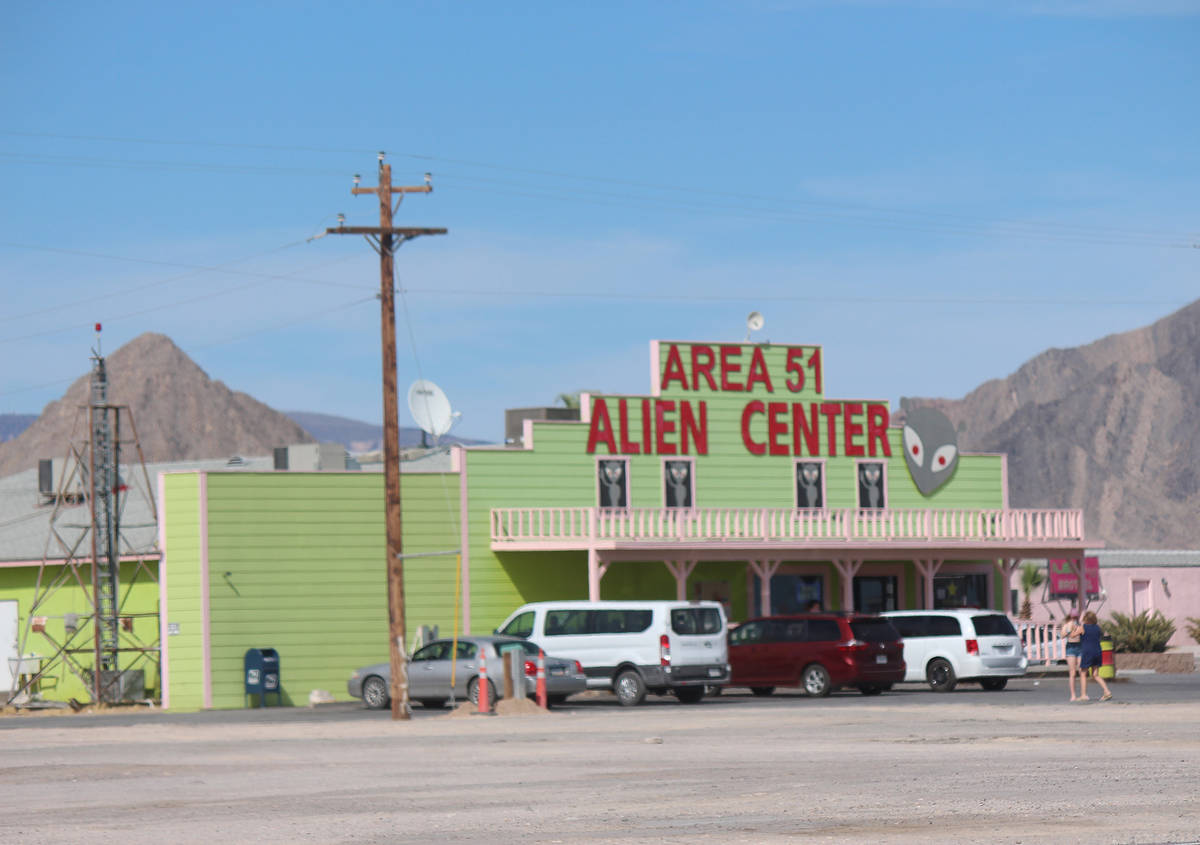 Jeffrey Meehan/Pahrump Valley Times Area 51 Alien Center in Amargosa Valley was the initial location targeted for the Storm Area 51 event and though the target area was shifted to Rachel, Nevada, Nye County still expended thousands of dollars in preparing for a potential influx locally due to the event. The county will seek reimbursement from the state for those costs but that request may meet with denial.

During its April 28 meeting, the Nye County Commission approved budget augments for the two county departments that saw the biggest financial hit from Storm Area 51, the Nye County Sheriff’s Office and the Nye County Department of Emergency Management.

The budget augment item called for an extra $155,140 to be added to NCSO budget and $30,477 to the emergency management budget, a total of $185,616 which will be covered by the Nye County Contingency Fund.

Other county departments were also effected by the Storm Area 51 event but according to the agenda item, those expenses were for already budgeted payroll costs and for materials that can be absorbed into those departments’ regular budgets, so they did not require augments. The total unbudgeted impact of the event was reported at $363,924.07.

Before the motion to approve the budget augments came to a vote, Nye County Commissioner Donna Cox turned to Nye County Chief Deputy District Attorney Marla Zlotek to inquire about where the county stood in regard to potential legal action against the instigators of the Storm Area 51 event.

“Is there anyone that we could go after, or are we already going after anybody who was responsible for creating this mess, since we voted not to allow it to go on and now we’re stuck with this tremendous bill? Is there anybody we can fall back on that we could try to get some reimbursement from them?” Cox asked.

Zlotek replied that the DA’s office had in fact had discussions with the other county effected by the event, Lincoln County, stating, “We have explored those and we have not moved forward with any potential avenues of collecting in the area of civil or criminal litigation.”

Cox remarked that she felt it might be time to reopen that possibility, although she noted she did not even know who could be held responsible in such a case, as there were many people involved in the event. Nye County Commissioner Debra Strickland, however, said she had an idea, proposing that the county look to Facebook for compensation.

“When we’re looking at this, you know who I would love to poke at? I would love to poke at the big bear with this number,” Strickland stated. “Why don’t we at least go after Facebook by opening that can of worms? If it were not for Facebook, this would not have gone down. They allowed those postings to stand, against the federal government, a walk onto a federal site, they are the ones who allowed that… Facebook is not our friend…”

Commissioner Leo Blundo also added his thoughts on the item, expressing his distress by stating, “This number, this $363,000 and change, this is very troubling because guess what we’re doing right now? We’re in another crisis situation where we have declared another emergency.”

Blundo remarked that he would ask the county’s departments to watch their spending carefully in the coming months, because the county has been hit not just by the Storm Area 51 costs but by a large loss of revenue due to the COVID-19 outbreak as well. He also remarked that he thought the Storm Area 51 costs were not likely to be reimbursed by the state, a belief that had him feeling quite disappointed.

Nye County Emergency Management Director Scott Lewis then chimed in to explain for commissioners that the state had not yet rejected a request for financial reimbursement from Nye County, although the governor has publicly stated he may not authorize such reimbursement.

The motion to approve the budget augments passed with all in favor.