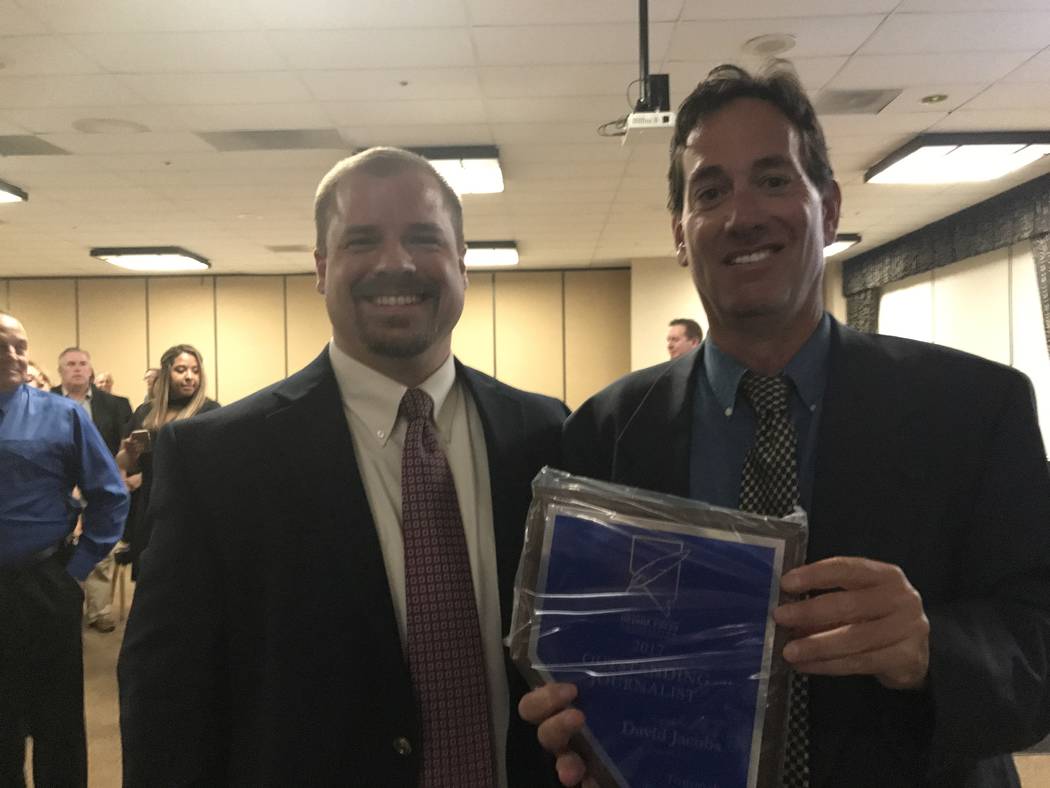 Special to the Pahrump Valley Times Noah Cusick (left), publisher of the Tonopah Times-Bonanza and Goldfield News and Pahrump Valley Times, with David Jacobs (right), recipient of a 2017 Outstanding Journalist award on Sept. 30 in Carson City at the Nevada Press Association event. 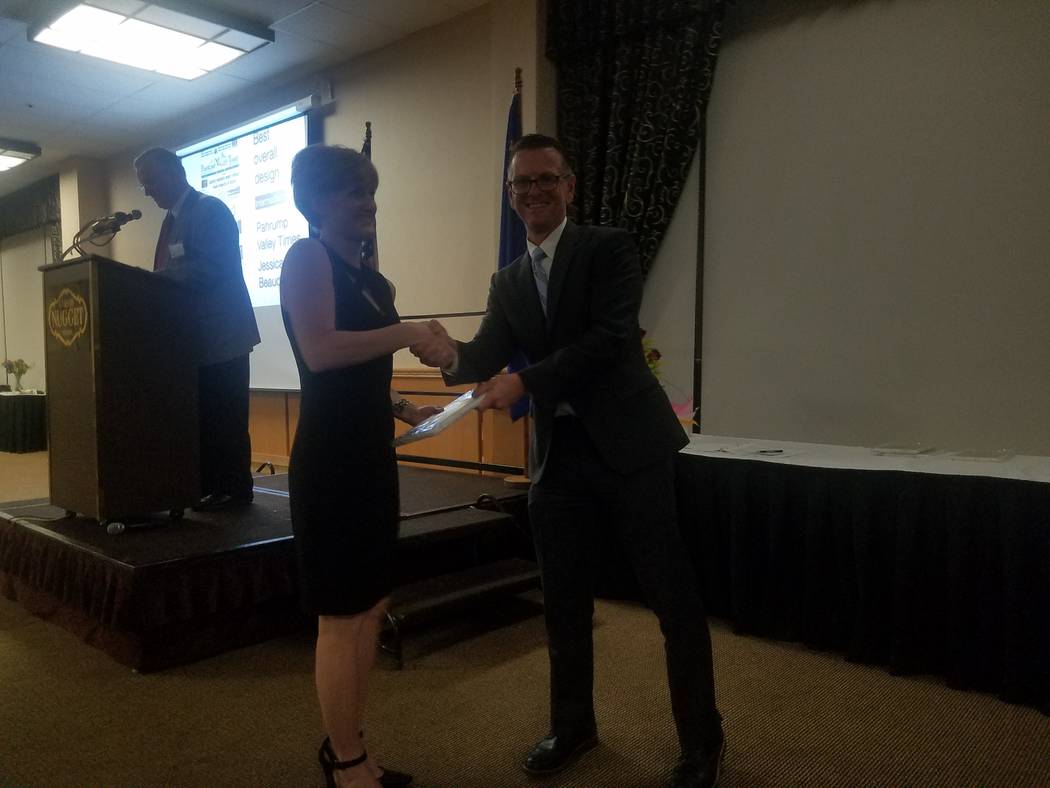 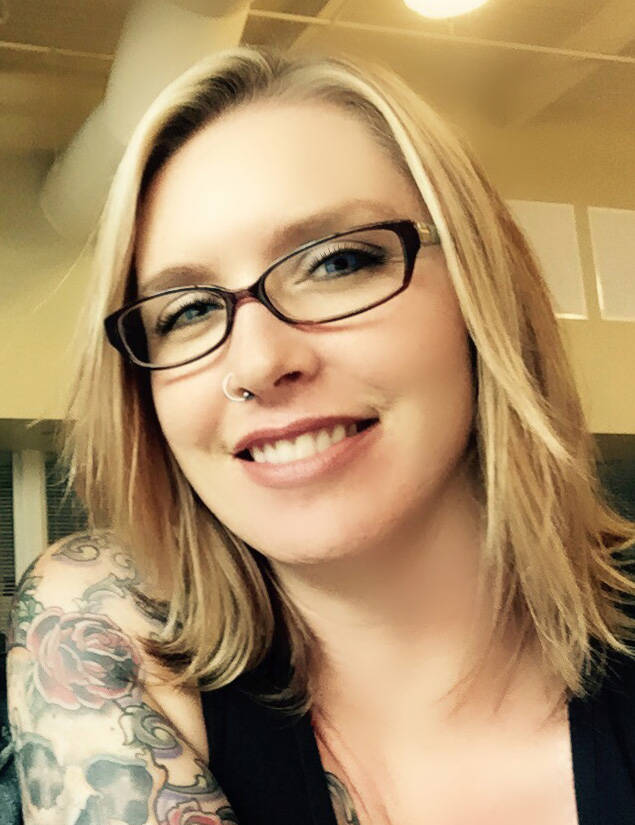 The Pahrump Valley Times staff, along with several newcomers to the newspaper, took home several awards at the 2017 Nevada Press Association Awards on Saturday during the association’s annual banquet.

Jacobs was also recognized with an outstanding journalist award in Carson City.

Ruth also won an award with several other contributors from the Pahrump Valley Times: Selwyn Harris; Arnold Knightly, prior editor before Jacobs’ arrival; Daria Sokolova; and reporter Mick Akers, who is now with the Las Vegas Sun. The group took second place in the best special section in the intermediate category for its “Election 2016” story.

Also, Selwyn Harris, reporter at Pahrump Valley Times, took third place for best entertainment writing in the intermediate category for his story on Comedian Marty Allen’s return to the Pahrump Nugget in 2016.

Another newcomer, reporter Jeffrey Meehan, took home an award for his work at the Las Vegas Business Press, an affiliate publication to the Pahrump Valley Times, under the urban weekly category. Meehan placed third for best business spot news story in that category.