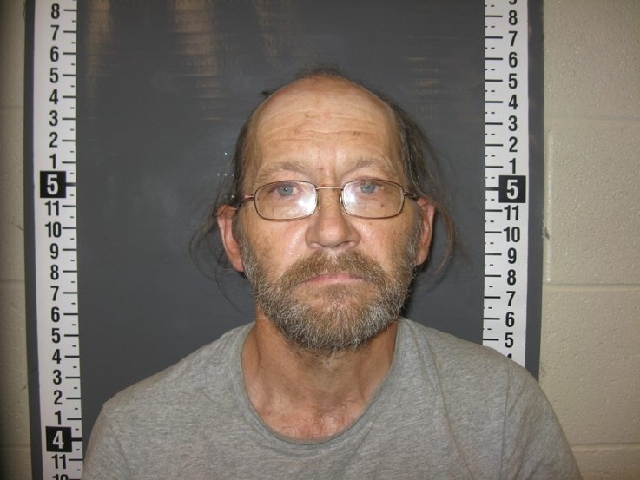 One man was arrested with more than 12 grams of heroin in his possession last week following an undercover police operation.

Paul Alvin Laverty, 53, was taken into custody on Aug. 21 after Nye County Sheriff’s deputies were given a report from a narcotics detective that the suspect was en route to Pahrump with heroin in his vehicle.

According to a declaration of arrest in the case, Laverty, who was driving a white, four-door Subaru, was pulled over in the area of State Route 160 and Manse Road after patrol deputies were informed Laverty had allegedly purchased heroin in an undercover operation and was traveling to Pahrump with the drugs hidden in his engine compartment.

After officers made contact with Laverty they asked if they could search the car, which he allegedly gave them permission to do.

A sergeant on scene opened up the front engine compartment to look for narcotics and allegedly discovered a bag wrapped in tape with what appeared to be heroin inside the air filter.

As police continued to search Laverty’s vehicle, they also reportedly found drug paraphernalia in the cabin of the Subaru and a plastic bag full of small jeweler’s bags in a hidden compartment in the trunk.

When asked when the last time he used heroin was, Laverty allegedly told police he used the illicit substance the night before.

In all, police reportedly found 12.6 grams of the substance in Laverty’s vehicle, which later tested presumptive positive for heroin.

According to his arrest report, Laverty additionally tested positive for having several illegal substances in his system when given a drug test at the jail.

As of Wednesday afternoon, Laverty remained in custody in lieu of $5,640 bail.