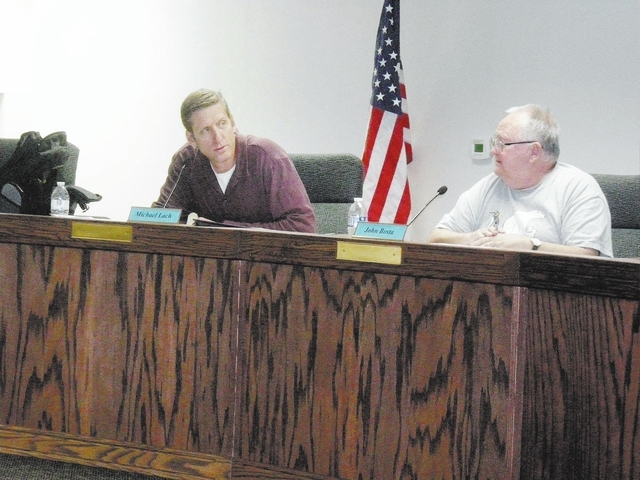 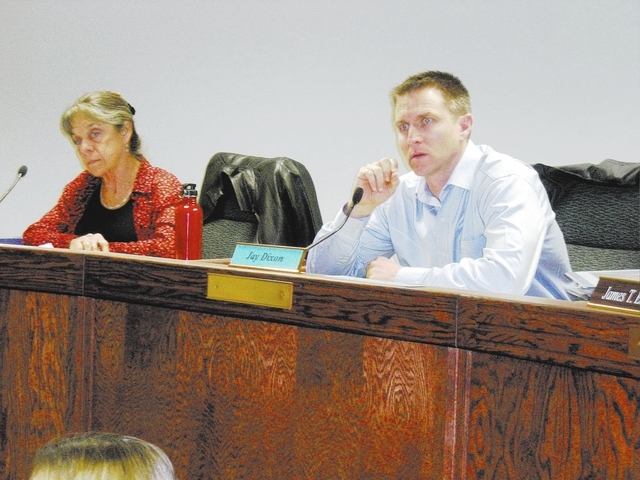 Three new members of the Nye County Water District board attended their first meeting Monday, each had new perspectives and advocated new positions for the board that is supposed to deal with everything related to water.

Developer and landowner Michael Lach felt a top priority must be finding out the best measurements of recharge into the Pahrump groundwater basin. The Nevada Division of Water Resources uses an estimate of 12,000 acre feet, Pahrump Valley has 62,000 acre feet of water rights. Others, like Commissioner Dan Schinhofen, feel it could be closer to 19,000 acre feet.

“We can’t base anything, nor can the other board that’s being formed, base any long-term conclusions unless we have a number that is more current, maybe more realistic,” Lach said.

He added a lot of people were using a lot less water than is allowed with their water rights.

At times the missions of the Nye County Water Board, the new Pahrump Groundwater Management Plan advisory committee and the steering committee drafting revisions of the Pahrump master plan seemed to overlap. Water District General Manager Darrell Lacy said the master plan revision committee talked about the potential reuse of effluent and importing water from other basins that could leave a recharge of up to 37,000 acre feet.

But Walt Kuver, who was just named to the groundwater basin management committee, said the situation is still grim even with a recharge of 37,000 acre feet.

Donna Lamm, an original water board member, wanted a State of the Basin report done for Pahrump, similar to what the Amargosa Conservancy, of which she was formerly executive director, commissioned for the area around Shoshone and Tecopa, Calif.

“We’ve just gone through 12, 13 years of drought. Things are probably a whole lot different now than when these studies were done,” Lamm said.

Incoming water board member John Bosta, from Amargosa Valley, suggested asking the state engineer to call for proof of beneficial use of water rights. Lacy said that would be premature for the water board and added that would be a “kind of a nuclear option.”

Jay Dixon, a senior hydrologist for Round Mountain Gold Corporation, took a stand on the issue of “fracking,” the subject of another agenda item before the board. Fracking refers to new techniques to extract oil like hydraulic fracturing, which the U.S. Bureau of Land Management said could generate more oil exploration in Nevada.

“I think this is a very exciting opportunity,” Dixon said.

Dixon said the Nevada Division of Minerals is in the process of adopting regulations on fracking, with hearings scheduled in March and April.

“There has been a lot of press that sensationalized emotional issues about fracking that have not been accurate,” Lacy said. “I think it’s fairly clear if a well is designed and constructed properly you could frack a well without having interaction with the groundwater zone.”

But Lacy said there are potential water quantity and quality issues with fracking. The amount of water used could range from half a million to 2 million gallons per well, he said. No well permits have been issued for fracking as of yet.