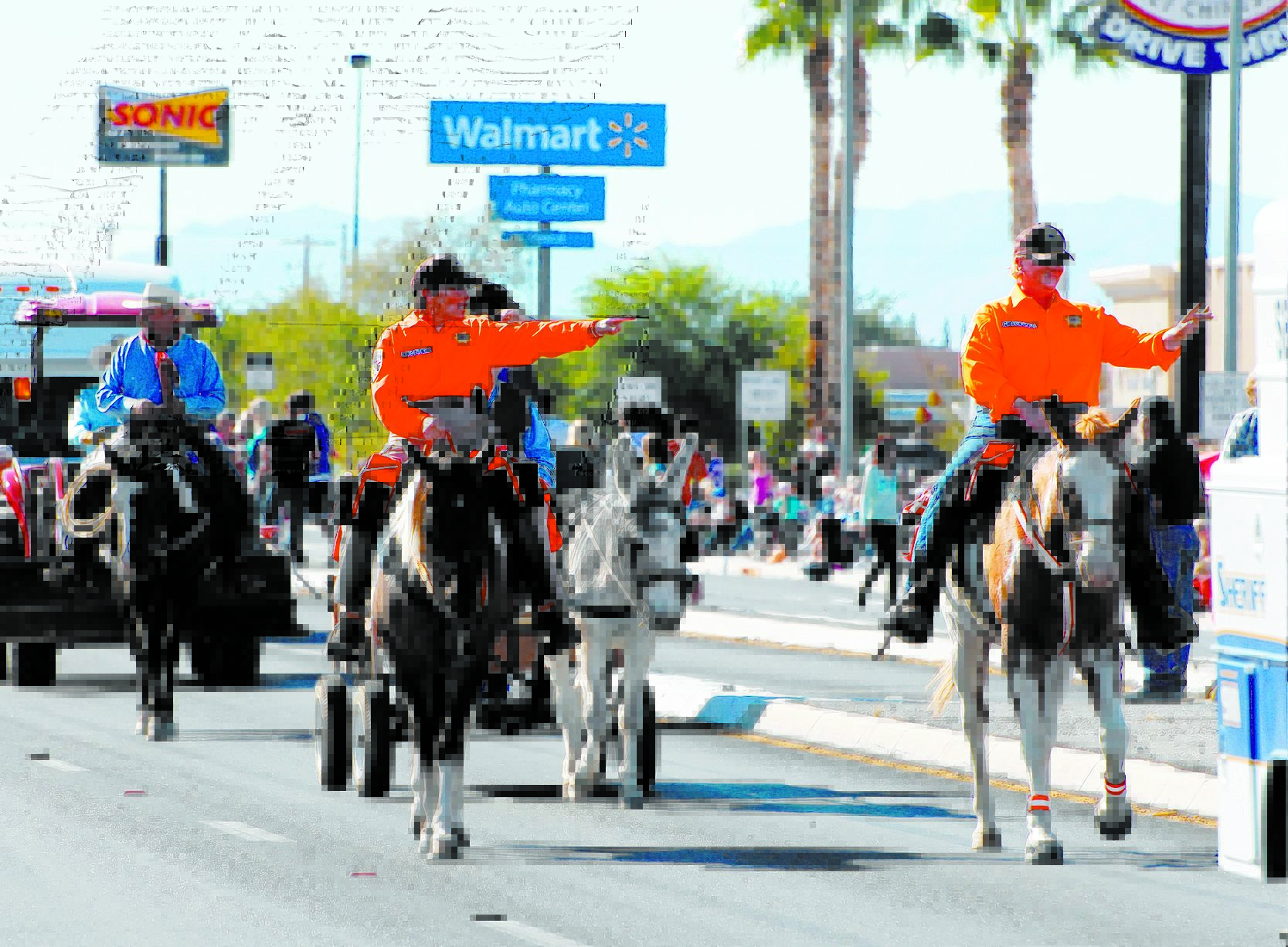 Talk by members of the Pahrump Town Board that the Fall Festival may disappear with the board has raised concerns.

Board Vice Chairman Bill Dolan said this week that he’s not sure whether county officials will even continue the fall festival next year. He noted that a lack of meaningful communication between the county and town gives him good reason to be concerned about the late September event.

“The county is not saying what they will or won’t do with the town,” he said. “I think they are just holding everything close to the vest and they will release everything come the first of the year. They just recently started holding meetings with our staff, but nothing has been accomplished as far as I know. Communication between the county and town should have started right after the court order.”

Pahrump Chamber of Commerce CEO Salli Kerr said the chamber of commerce is prepared for anything that may or may not happen with the festival next year, as the event is one of the largest draws in the community each year. The event draws approximately 5,000 attendees a day during the three-day event.

“The community absolutely has to have a Fall Festival and the chamber will step in and make sure that it continues if there’s no other way to provide it,” Kerr said. “Out of all the events we have each year, the Pahrump Fall Festival is the longest running. People would be dismayed if it came to an end.”

Nye County Commissioner Donna Cox recently said she would like to see the event free of charge, an idea at which Dolan scoffed.

“I think she wants to give the vendors spaces away for free,” Dolan said. “She wants to have a free rodeo and free everything, but who’s going to pay for the cleanup, the security and the contract for entertainment. Does she want to raise our taxes? I really don’t know.”

Costs associated with putting on the event, according to Town Finance Director Michael Sullivan, is substantial and turning a profit is never guaranteed. The festival has between $80,000 and $100,000 in expenses, he said.

“We have to raise money to match that usually, so we do,” he said. “We do it through the vendor fees, the carnival and sponsorships. Those are the three main ones.”

Dolan said the festival “barely breaks even” and he’s not heard anything directly from the commission on their plans to help fund and operate the event.

Kerr said she’s a bit skeptical about the possibility of a free fall festival for local residents.

“The event has to at least pay for itself and to say that it would be free is very difficult because somebody has to pay for it,” she said. “I think it would be difficult to ascertain what free is, and who pays for what can’t be free. Those festivals always have costs associated with them. They don’t just come together themselves.”

County Commissioner Dan Schinhofen said he not sure what his fellow colleague actually means when she suggested a free fall festival for the community.

“There are no ‘free lunches’ because someone has to pay,” he said. “Does she intend to use county tax money or town tax money or is she offering to pay for it herself? Will everything be free? Food, rodeo and fair? I have no idea what she has in mind. If she wants to provide tickets for everyone to the carnival I think that would be nice because I have four grandchildren.”

Commissioner Butch Borasky held similar feelings about the issue, while noting local residents will eventually have to foot the bill for a “free festival.”

“A free fall festival is subsidized by the taxpayers because nothing is free,” Borasky said. “It’s just a foolish political term.”

Kerr, meanwhile, said she would like to see what transpires once county officials assume town responsibilities.

“Anyone who takes over the fall festival needs to be mindful of how we get those vendors in,” Kerr said. “We need to get back to the point where our local vendors are not priced out of their own festival market. I have spoken to previous vendors who told me they couldn’t come because the insurance costs were so high.”

Kerr also said each vendor must provide proof of insurance in order to set up shop during the three-day event.

As a possible solution to vendors being priced out of the festival, Kerr said there are funding mechanisms in place to assist them by way of grants.

“They are called mini-grants and they go up to $250,” she said. “They don’t have the same stringent budget requirements so those would be great for smaller groups that are going to do a smaller function.”