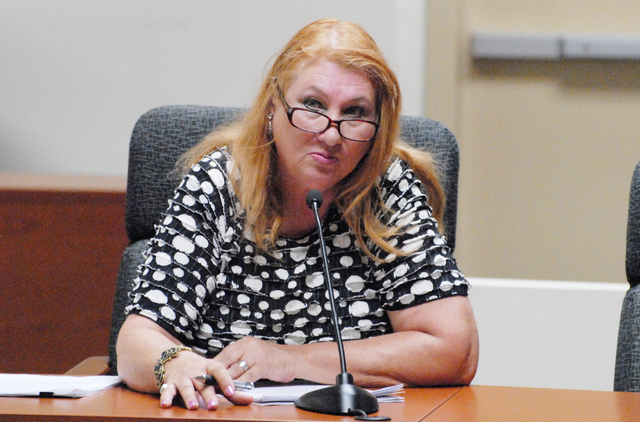 Imagine receiving an early morning correspondence that stated the following: “Now, do you want to live or die?” and “I demand that you get back to me with immediate effect, as delay is dangerous. Good luck!”

Those exact words were part of an email sent to Pahrump Town Board member Amy Riches at 3:49 a.m. on Friday, Nov. 28.

The email further stated that the author “was paid $20,000 in advance to terminate you for some reasons listed to me by my employer.”

Riches said she immediately contacted the Nye County Sheriff’s Office. The email came from a Gmail account under the name “Mahendra Kenna.”

“When I first read it, I thought it was very weird and disturbing,” Riches said. “By the fact that this person wanted money up front, kind of clued me in that it may be a scam or extortion plot. When I contacted the sheriff’s office, they felt the same way. I also let our Town Manager Susan Holecheck know, and she agreed it was some kind of a scam.”

The author of the crudely written email, which contained several grammatical errors, also suggested the individual has personal knowledge of Riches’ day-to-day activities. It also issued a strong warning to Riches if she contacted authorities.

“I have followed you closely for one week and three days now and have seen that you are innocent of the accusation. Do not contact the police or FBI or try to send a copy of this to them. Because if you do, I will know. And might be forced to do what I have being paid to do.”

The email closes with what appeared to be an attempt to extort money for the town board member.

“Now listen. I will arrange for us to see face to face but before that I need the amount of $10,000 and you will have nothing to be afraid of,” the email read. “I will be coming to see you at your home or anywhere you so desire to meet with me. Do not set any camera to cover us or set up any tape to record our conversation. My employer is in my control now. You will need to pay $2,000 to the account I will provide for you before we set our first meeting. On our meeting day, I will give you the tape that contains his request for me to terminate you, which will be enough evidence for you to take him to court (if you wish to), then the balance will be paid later.”

Riches said she’s unsure why she was singled out as her four colleagues on the board have received no such correspondence.

Additionally, she wondered whether the person is a local resident or an acquaintance from her past.

“I don’t have any idea,” she said. “I don’t know if it’s a scam letter that was sent out to a whole bunch of people, or if it is somebody messing with may mind here in town. Let’s face it, I have made a lot of enemies because I was against incorporation and I hate raising taxes.”

At present, Riches said the idea of scraping together $10,000 in cash to pay the individual is pretty much impossible.

“I think it would be very, very difficult,” she said with a laugh. “Initially when I first got it, I went into shock.”

When contacted about the incident, Nye County Assistant Sheriff Rick Marshall said his department is aware of the email.

“This is nothing new,” Marshall said. “It’s been around for a couple of years.”

On its website, the Federal Bureau of Investigation and its partner, the Internet Crime Complaint Center, regularly receives reports concerning the hit man email scheme.

“Don’t get ‘knocked off’ by these cyber criminals who are trying everything they can to access your money and personal information. Instead, protect yourself by reporting any messages you get to the FBI through the IC3 at www.IC3.gov.”