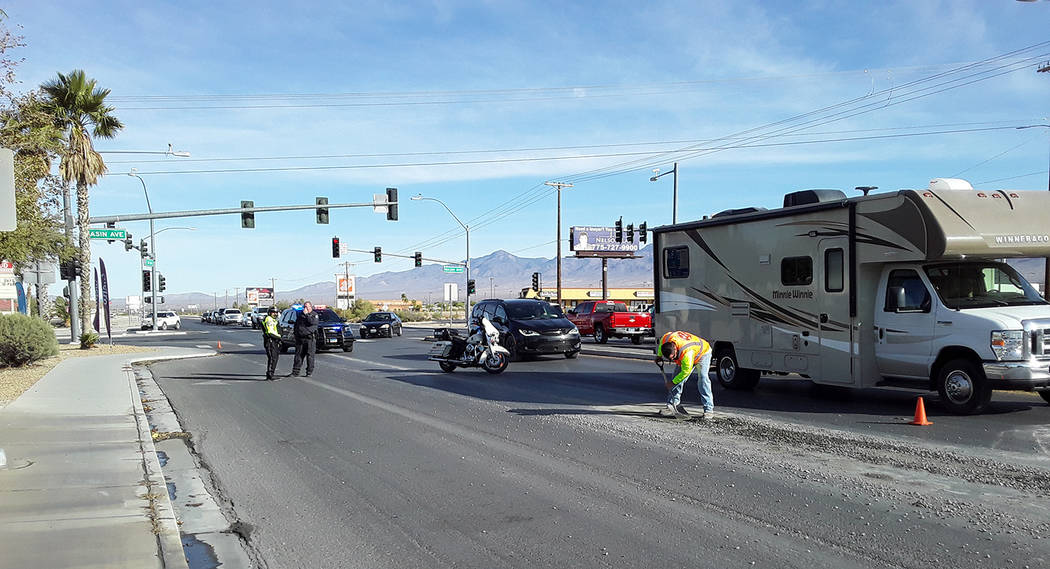 Selwyn Harris/Pahrump Valley Times Workers from a local concrete company clean up gravel after a truck spilled part of its load along southbound Highway 160 on Monday morning. The incident forced the closure of one lane, according to Nevada Highway Patrol Trooper Kevin McNeal.

Southbound traffic along Nevada Highway 160 was down to one lane after the driver of a gravel truck spilled some of its load Monday morning.

“It was reported that a gravel truck made a left turn off of Basin Avenue to go southbound on Highway 160,” McNeal noted. “It appeared that the driver turned too fast and some of its load spilled out. We don’t know which truck it was. The company was running about seven to eight trucks, coming and going. Officials from the concrete company did come down here to clean it up. The actual truck is yet to be identified at this point. Aside from the spilled load there was no damage or injuries.”