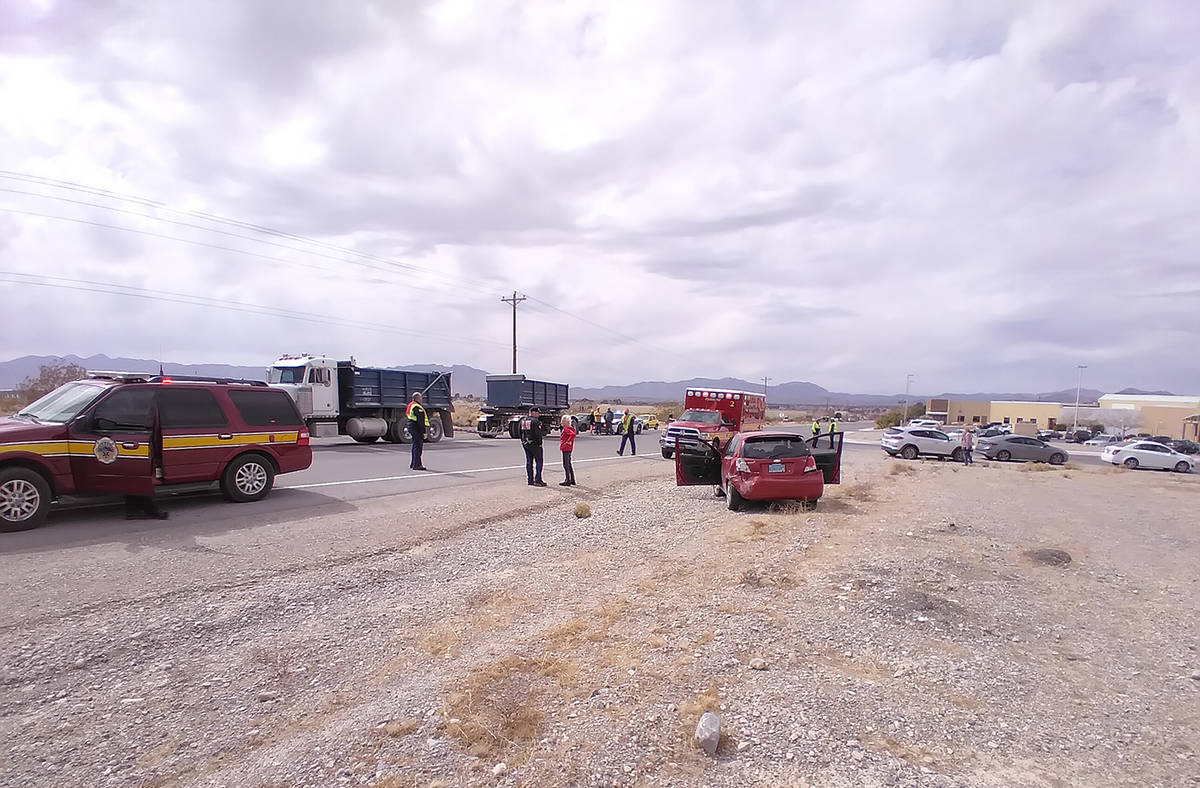 Selwyn Harris/Pahrump Valley Times No serious injuries were reported following a two-vehicle collision at the intersection of Floyd Street and Basin Avenue, just before 12 p.m. on Wednesday March 3rd. The crash involved a small passenger car and a tractor trailer. The driver of the car who was transported to the hospital is expected to recover from his injuries.

“It sounds like the traffic backup from the COVID-19 vaccines being administered today, was a factor in the accident,” he said. “At this point I’m not sure who was at fault, but eastbound traffic on Basin has been shut down until the scene has been thoroughly investigated and cleared. This is a good time to remind people to pay attention to other drivers when they are driving. Obviously you want to make sure you are wearing your seatbelt and obeying the speed limit as well as your surroundings.”

The Nye County Sheriff’s Office is investigating the exact cause of the crash.

The driver of the car who was transported to the hospital is expected to recover from his injuries.