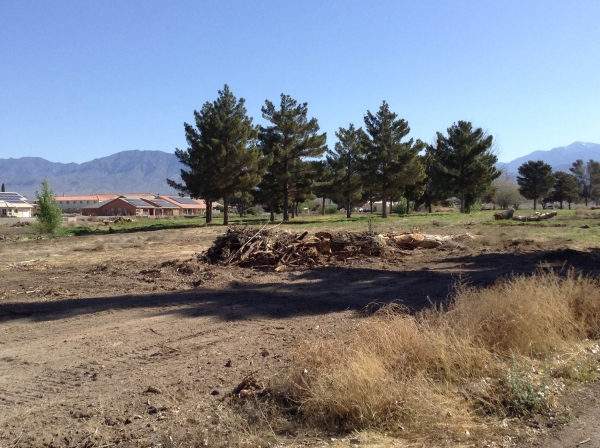 Utilities Inc. of Central Nevada wants to adjust its annual revenue requirement for water and sewer service rates for all customers to pay for some community projects, including Discovery Park.

Tom Oakley, director of public relations for Illinois-based parent company Utilities, Inc., said the majority of the projects have already been deemed “prudent” in the Integrated Resource Plan process with the PUCN. The goal of the plan is to balance the objectives of mitigating risk, maximizing service reliability and minimizing cost, he said.

In a notice of application for authorization filed with the Public Utilities Commission of Nevada on July 8, UICN proposes an increase of approximately 12.34 percent or $390,085 to its water service revenue requirement for a total revenue of $3,551,420.

The proposed hikes include a 13.14 percent increase for all service classes including residential, commercial and irrigation services and public authority. UICN also suggested an increase of 5.7 percent or $161,302 to its sewer division revenue requirement for a total revenue requirement of $2,991,516.

Some of the most expensive projects include the Calvada North pipeline that was priced at $408,523; Willow Creek land stabilization at $597,783; and the Willow Creek property purchase at $383,526. Willow Creek has been renamed Discovery Park.

On Monday, the subject will be discussed at the Nye County Water District Governing Board regular meeting that will take place at 2100 E. Walt Williams Drive, Pahrump at 9 a.m.

UICN Regional Manager Wendy Barnett said that the hike was meant to recover over $2 million that was spent on some of the improvements in the community.

“We are required by law to file for a rate increase every three years, and itâs been 2 1/2 years,” Barnett said.

Earlier, some Pahrump residents voiced concerns that the money would go toward Discovery Park that was going through the remediation process. But Barnett said that the proposed hike wasnât meant to cover a $680,000 cost of the project.

Oakley said the PUCN will set rates based on the information it receives from the company, the commission staff, the Bureau of Consumer Protection and customers. The PUCN usually takes about seven months to decide if a rate change is warranted, he added.

“In Nevada, we are required by law to file a rate case every three years, thus avoiding ârate shockâ if there is too long a period that allows costs to build up,” Oakley said.

Based on the investigation that will involve scrutinizing costs, conducting an audit, reviewing relevant information and taking public testimony, Oakley said the commission will propose rates

that it believes “serve public interest.”

The document filed with the PUCN also states that UICN seeks authority to implement a general revenues decoupling, a methodology that would allow the company to recover its authorized water revenue without regard to the difference in the quantity of water that is sold.

The commission may either approve proposed rates, decrease or increase rates as necessary to provide that such rates are just and reasonable, the document states. A prehearing conference will take place on Wednesday, Aug. 6 in Carson City.

Peter Kostes, public information officer for PUCN, said a prehearing conference allows to set a hearing and procedural schedule that would include some of the key dates of the process.

“In this case, the consumer session is likely to be scheduled in late September or early October,” he said. “A hearing probably will be scheduled in November, with the draft order to follow. The UICN general rate case will likely go to the full commission for a vote in December or early January.”

Kostes said petitions for leave to intervene or notice of intent to participate as a commenter could be mailed, delivered in person or filed through the PUCN’s electronic filing system. The docket number must be included on all documents.

“Comments are being accepted now through Aug. 6,” Kostes said.