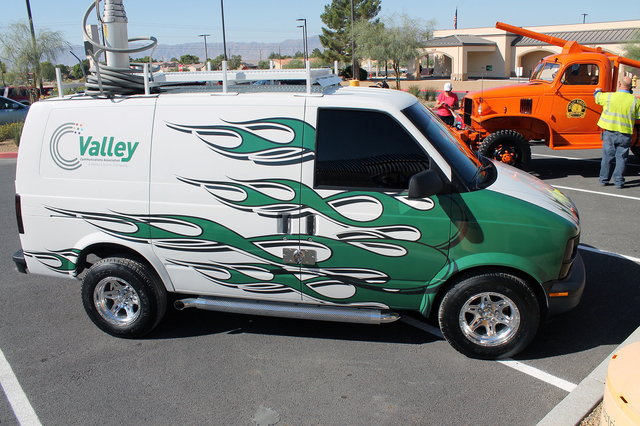 A new Valley Communications Association’s VEEK Squad vehicle. The company said VCA is set to start the new year off with some updated offerings including options for television and IP telephone. Special to the Pahrump Valley Times

Valley Communications Association is set to start the new year off with some updated offerings for its members.

“Our members have made it very clear to us that they want choice,” said Tom Husted, Valley Electric Association chief executive officer, the parent company of VCA. “They want to make their own decisions about how to manage their communications and entertainment options, and these new broadband offerings will allow them that choice.”

Internet Protocol Television is similar to other cable television offerings provided by traditional providers Cox, DirecTV, or Dish Network, but instead of being delivered by a cable TV coaxial cable, it’s delivered over a broadband network.

Voice-over-IP is a telephone service that is utilized through a member’s broadband connection. VCA said that the service is usually cheaper and a higher voice quality than a traditional landline. The service can also be used with broadband applications on a smartphone or computer, providing increased control.

SmartHome/home automation is a device that allows users to control lights, electrical outlets, garage doors, locks, doorbells and thermostats remotely from a smartphone or computer. The ability to monitor IP cameras, motion sensors, window breakage detectors and water detectors is also an option with this service.

The VEEK Squad is VCA’s version of the Geek Squad utilized by retail powerhouse Best Buy. VCA technicians will be available to provide professional I.T. and technology support to the member at the member’s location for a fee. VCA said that this service will allow the member to get the most of out of its broadband service.

Lastly, managed WIFI is an in-home router connected to a member’s broadband service that will improve the performance, reliability and maintenance of any device connected to their high-speed communications network. In addition, the router has special software built in that allows technicians to solve connectivity problems remotely.

All the new services except IPTV should be available to members by April. VCA said that IPTV will be available by July 1.