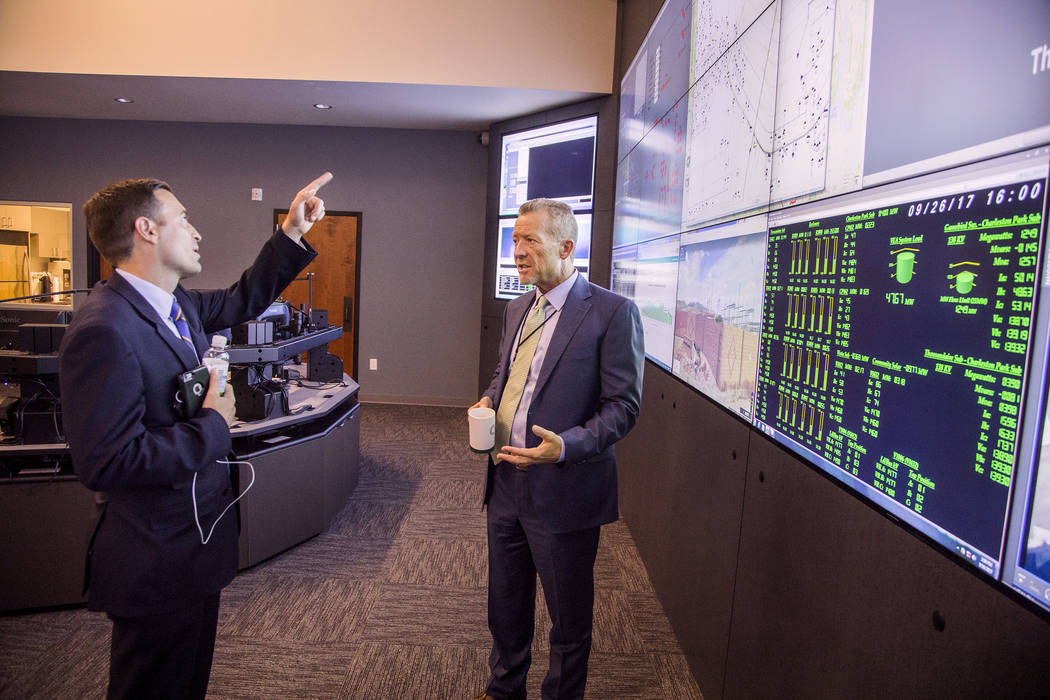 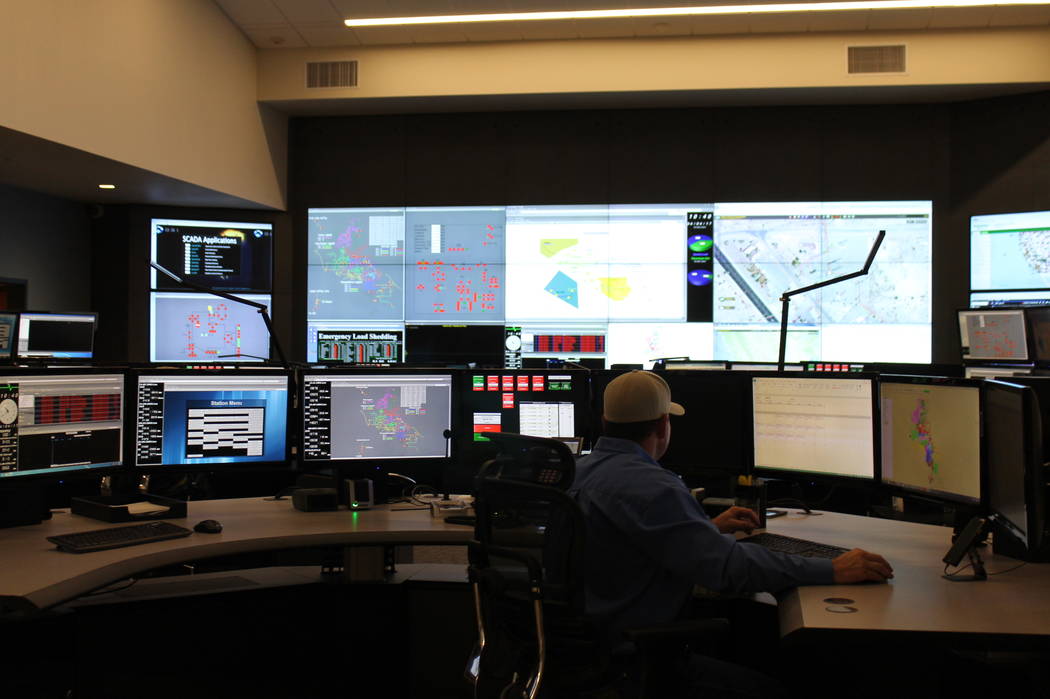 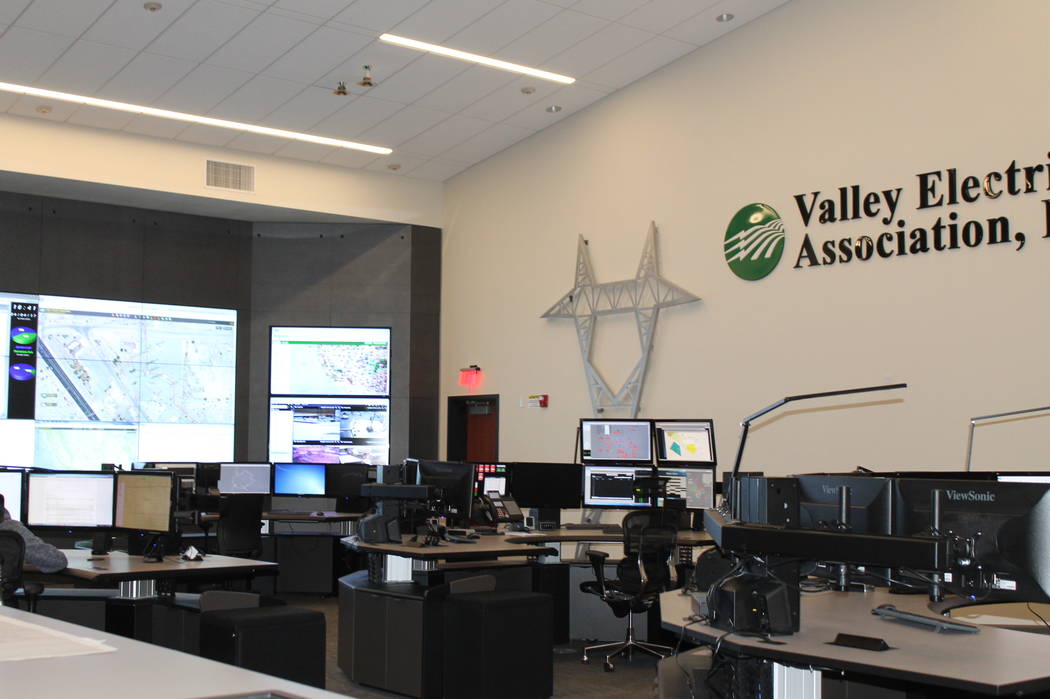 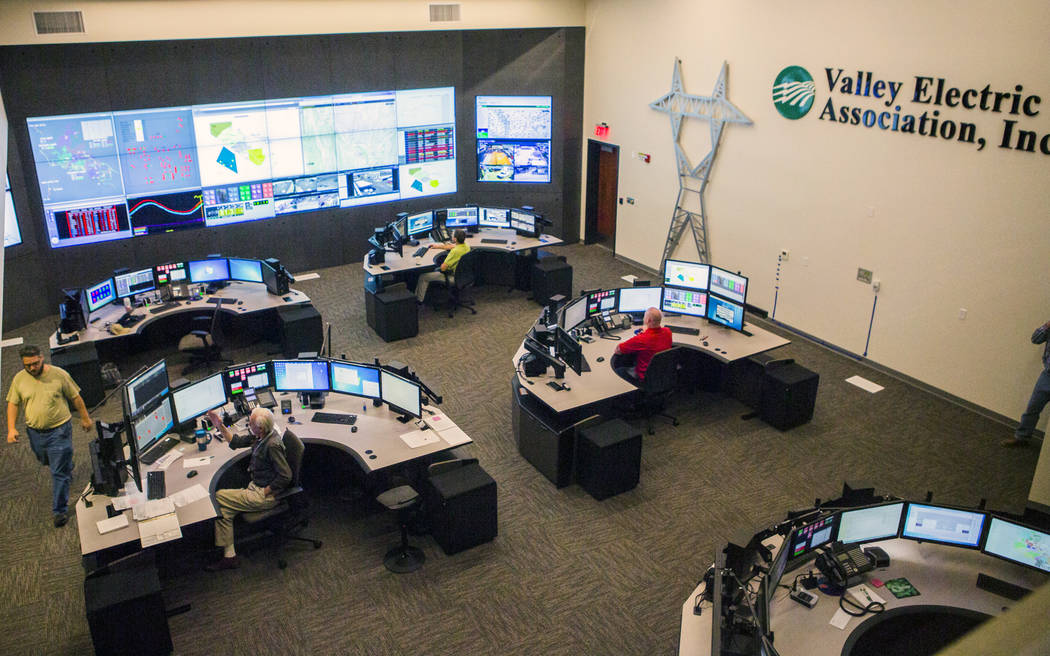 Special to the Pahrump Valley Times As of today, Beatty is on track to become the first first fiber-optics community in the state of Nevada, a move which Valley Electric touts as unprecedented for the rural area. In an interview in October, Husted said that by the end of the year, Beatty will have a complete fiber-optics line. 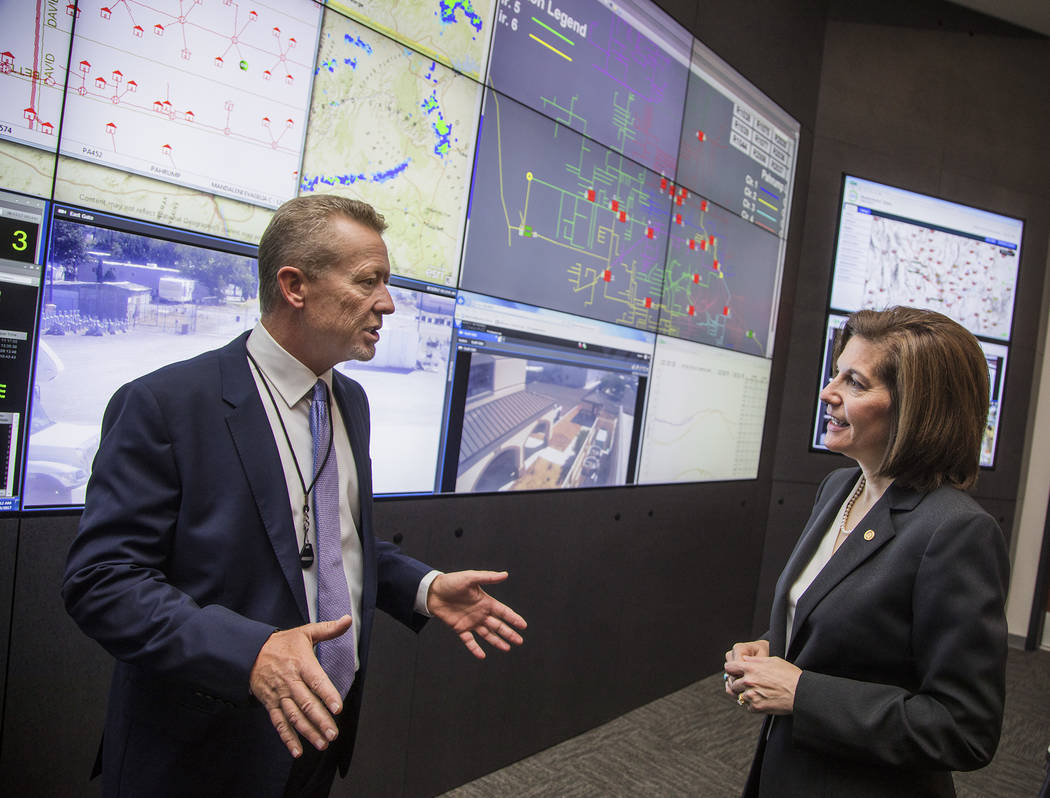 Special to the Pahrump Valley Times U.S. Sen. Catherine Cortez Masto toured Valley Electric Association in August during her first Pahrump visit since she has won a Senate race in November 2016. During her visit, Coretz Masto looked at the dispatch center and discussed broadband Internet and Valley Electric’s other initiatives with the company’s officials. 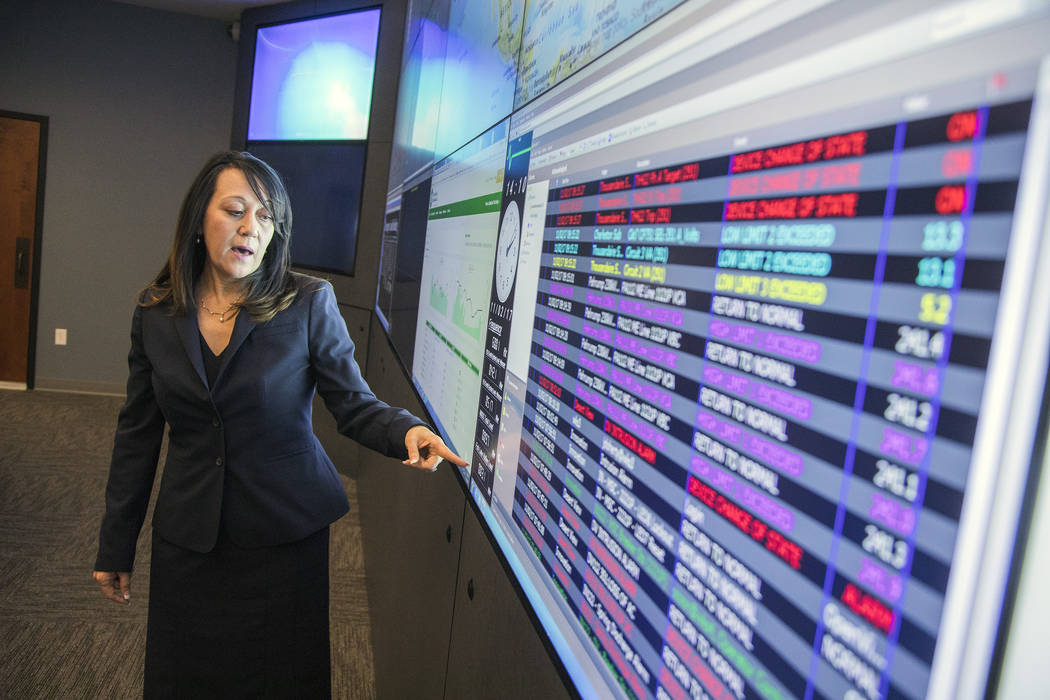 The Pahrump Valley Times recently toured Valley Electric Association, where the co-op’s officials showed the newspaper’s staff the control room – the heart of the operations.

“Our member count is almost 18,000, but our population count throughout our service area is 40,000,” Angela Evans, executive vice president of operations for Valley Electric, told the Pahrump Valley Times.

For the past year, multiple state officials have paid visits to Valley Electric. Among them were U.S. senators Catherine Cortez Masto, D-Nevada, and Dean Heller, R-Nevada, who visited the control room and U.S. Rep. Ruben Kihuen, D-North Las Vegas, who met with Valley Electric officials at the co-op’s Las Vegas office.

The co-op’s broadband initiatives in rural areas have also become one of its signature efforts.

As of today, Beatty is on track to become the first fiber-optics community in the state of Nevada, a move which Valley Electric touts as unprecedented for the rural area.

In an interview in October, Husted said that by the end of the year, Beatty will have a complete fiber-optics line.

The system currently installed in the control room was part of a planned upgrade that occurred in early 2016, VEA officials said.

Evans said VEA can gather information about condition or performance at any remote location on a real-time basis.

“So, if we had any system emergencies, you would be able to see it here. We would get alarms as far away as Beatty… we would be able to hone in on that and see exactly what the problem was,” Evans said.

The system allows the equipment to zoom on a particular substation and track all of the feeders or lines coming in and going out.

“If we are having an outage, we would be able to go to the meter, to a specific area, and go after smaller details,” Evans said.

The system also allows to anticipate the number of customers affected in an outage and predict restoration time.

“Depending on the number of customers impacted, we are able to dispatch crews, determine how many to dispatch, and then also to collect reporting information on the event and then send notifications internally and externally to give people the awareness about an outage,” Evans said.

On a transmission level, it becomes more complex, Evans said.

“We have a very complicated transmission system, and so, what we are monitoring is going to impact the frequency and voltage of our system, and if conditions aren’t right, then we would have to perhaps shed some load, so that we wouldn’t damage our system,” she said.

She pointed to a screen that gives information about their current system load and levels.

“And that’s something that we have to keep our hands on because if we have voltage loss, you end up damaging equipment, you lose customers, burn up monitors, and you have all sorts of problems,” she said.

“Our system peak is about 130 megawatts,” she said.

“With all of the technology that we have in this platform, we are able to help create an interactive map. One of the cool things we are doing with our ability to give people, and also we use this to track usage on our meters, but this app lets us take a look at usage by meter. You can look at monthly, daily, hourly, information, and it will plot it based on the parameters that you set for it,” she said.

“Because this is such a sophisticated system, there was a lot of planning that went into creating our dispatch system. It is one of the most technologically advanced centers across the nation. We are very proud of it,” she said.