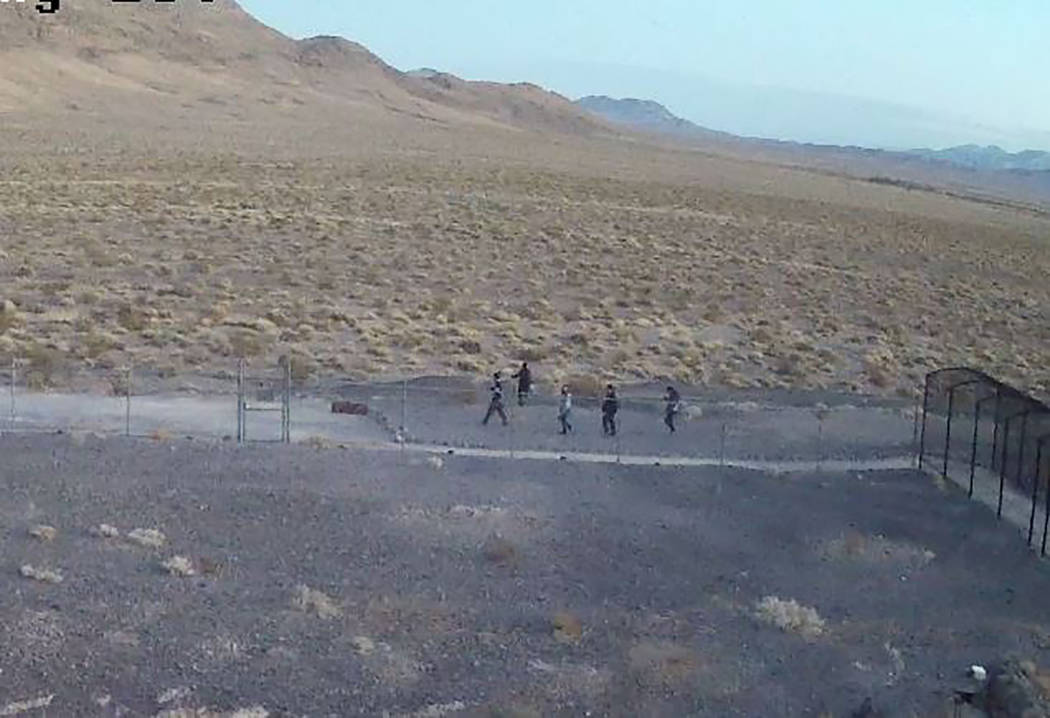 The National Park Service is calling on the public to help find a group of people who trespassed and vandalized the home of the endangered Devils Hole pupfish, the agency announced.

Five people were recorded on security cameras about 5 p.m. Nov. 5 breaking into the restricted area around the Devils Hole habitat about 90 miles west of Las Vegas and damaging government property in the process.

It’s unclear what the five individuals did after they broke through the fence surrounding Devils Hole, but they did not harm any fish, said Death Valley National Park spokeswoman Abby Wines. The last count of the pupfish, recorded in September, was 115.

Nov. 5 was the second time in two years that someone broke into the home of the endangered pupfish.

In April 2016, three men were caught on a security camera jumping the habitat’s fence and shooting up government security equipment. One man, captured on an underwater camera, stomped around the shallow shelf in the pond where the pupfish feed and spawn.

Park employees later found beer cans and vomit at the edge of the pool, a pair of boxers floating in the water, and a dead fish.

Though it was unclear if the men killed the fish, their romp sparked an ongoing criminal investigation, and the Park Service and the Nye County Sheriff’s Office have interviewed Steven Schwinkendorf, 29, of Pahrump, Edgar Reyes, 35, of North Las Vegas, and Trenton Sargent, 26, of Indian Springs in connection with the incident, the Las Vegas Review-Journal reported.

Despite not reaching the level of the harm done by the three men in April 2016, any trespass is significant, Wines said, because the pupfish is a critically endangered species found only in one place, at the bottom of Devils Hole.

“They are extremely fragile,” Wines said. “Fortunately this group did not do any harm, but it would be very possible to enter the area and harm the fish without even meaning to.”

Tips from the public were instrumental in finding the people responsible for breaking into Devils Hole in 2016, the park service wrote in a release Thursday.

“Together we can protect our treasured National Park Service sites,” the release said.

Anyone with information should text or call the park service’s Investigative Services Branch at 888-653-0009, or visit www.nps.gov/ISB and click “submit a tip.”