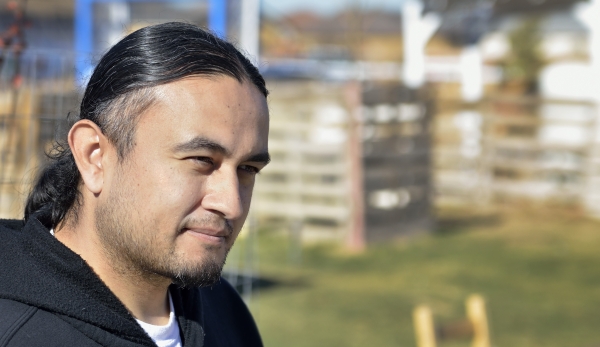 A Clark County animal sanctuary is considering Pahrump as one of the options for its new location.

V Animal Sanctuary, a nonprofit rescue for neglected and abused domestic and farm animals located in unincorporated Clark County wants to relocate to Pahrump after it had several zoning problems and code violations.

Sacbe Meling, founder of the sanctuary, located at 2081 E. Eldorado Lane in Las Vegas, said he is currently looking to acquire a property in Pahrump where he plans to organize a sanctuary.

“Overall, if you buy one acre in Las Vegas, you can buy 10 in Pahrump,” Meling said. “But we are also looking at Lincoln County, whatever we can do to make it happen the best. Clark County is out of the question, it’s just too expensive.”

Separately, Meling said he had sent the Nye County Board of Commissioners a letter where he offered financial and operational assistance to the troubled Nye County animal shelter.

In an email to several Nye County commissioners dated Aug. 24, Meling listed some of his proposals, including opening another location in Pahrump and providing help to the county shelter.

“We were planning on opening a second location in Pahrump due to the fact that we get A LOT of calls from Pahrump,” Meling said in an email. “We have rescued many animals from Pahrump and we truly believe that the actions of your amendments will increase the calls and will become a cross-county issue.”

“We heard that you are looking at ways to fund the shelter. We believe that we can have solutions for that through our partners and our stream of revenues. There are many programs available for organizations like us in situations like yours.”

Commissioners Frank Carbone and Lorinda Wichman however said they hadn’t received the email.

“Before you can do anything in Nye County, you have to contact the planning department to find out if your property is zoned properly and have the facility inspected and (then) be issued a permit,” McCarty said.

On July 8, Clark County Board of Commissioners denied Meling’s request for use permits and several waivers for expansion on site.

Since 2014, fourteen complaints have been filed against the property, Clark County records show. Some of the outstanding violations include too many animals at the facility, sign violations, business violations, and weed and debris.

According to a summary supplied with the July 8 agenda, the number of animals was exceeding the allowed maximum before Meling pursued the expansion.

Meling said that he currently has six horses, four goats, one rooster, two ducks and one potbelly pig. Some of the other animals were transferred to locations in California and Washington.

According to the information posted on the organization’s website, the nonprofit V Animal Sanctuary is in a temporary location in Pahrump, but Meling said that he had to move out due to problems with the property about 15-20 days ago and currently houses animals in a house in Clark County that he rents.

A compliance with the Nye County animal code would be the main issue, Meling said.

“It’s going to be dependent upon a lot of things,” he said. “We would have to see what Pahrump does about animal code.”