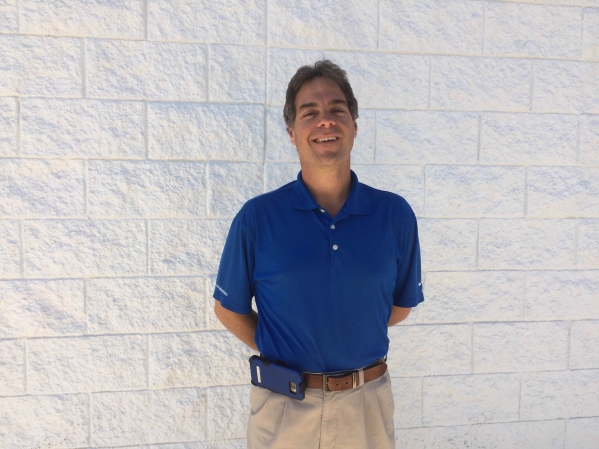 After looking for an opportunity to go into business himself, one local man and his wife are taking a shot on a business chain that she enjoyed.

Douglas Dubin, a sales consultant at the Pahrump Valley Auto Plaza, is slated to open a number of Dickey’s Barbecue Pit locations, including up to two here in town, and various others in Las Vegas and Southern California.

Dubin will be involved with eight locations initially but there are possibilities that more are on the horizon.

“We have exclusive rights to development for Clark County, Nye County and parts of Southern California,” Dubin said. “We’ll have perhaps one or two in Pahrump, about a half dozen in Las Vegas and additional locations in Southern California.”

Dubin decided to go into business with Dickey’s Barbeque after his wife enjoyed the restaurant’s offerings while up north.

“We have been actively looking for an opportunity for a number of years and we had made contact with Dickey’s around Thanksgiving and there’s been a lot of back-and-forth since then,” Dubin said. “My wife actually had tried Dickey’s in eastern Montana five years ago, so she really liked it and when we saw the opportunity we felt that it was something that we wanted to move forward with.”

Wanting his family to get involved, Dubin will have a number of family members working at the locations. His wife, brother and three daughters will help manage the locations with him, with plans for his young nephews to join them in the business in the future.

“Dickey’s is still family-owned and operated after nearly 75 years,” Dickey said. “We are proud to give other families the opportunity to own a business by investing with us.”

Dubin is still deciding whether to open the Summerlin location in Vegas or the initial Pahrump location first, which is tentatively slated to be located in the Albertson’s Shopping Center off Highway 160, but if all works out, there will be a pair of Dickey’s in town.

“You know it really depends. We like what we see on the south end (of Pahrump) as far as future development, so our anticipation is if that development moves forward we’d like to see a second location,” Dubin said. “We believe the community would support it.”

Confident that he can make the jump from salesman to business owner, Dubin explained the two aren’t really all that different.

“It’s a lot of the same thing,” he said. “Our objective, our mission is to really provide the best product and the best customer service and really create a product that people want to support and an opportunity to help people get a job. A place that they want to work at, not that they have to work at.”

Dubin expects each location to employ 10 people minimum on staff and he will work with various organizations in town to fill the spots for the Pahrump Dickey’s.

“I’m looking forward to working with the chamber of commerce and NyE Communities Coalition on the hiring of employees here,” he said.

In addition to the hiring, Dubin said that he will develop what he calls “the most unique” culinary training program in Nye County in order to teach the employees all that goes into Dickey’s Texas-style barbecue fare.

With a few other BBQ options available in town already, Dubin said that Dickey’s has something to offer that the other establishments don’t.

“There’s no question … when it comes to product and value we’re altogether different,” Dubin said. “This is Texas-style barbecue, meaning we actually sit and smoke the meats for as long as 12 hours with a dry rub. Sauce is only meant to be a side item, it’s not supposed to be slathered all over the meat.”

Out of all the menu options Dickey’s has to offer, Dubin said that there are a pair that the restaurant is known for more than others. He hopes that those and the other offerings have customers returning with their loved ones.

“Smoked brisket and the pork sliders,” he said. “There’s nobody that does anything like them. The quality of the meat and the fact that it’s smoked with wood for 12 hours. You just don’t get a more amazing flavor and product out of that.

“We want everybody to come in and not only come back, but we want their friends and family to come back too.”