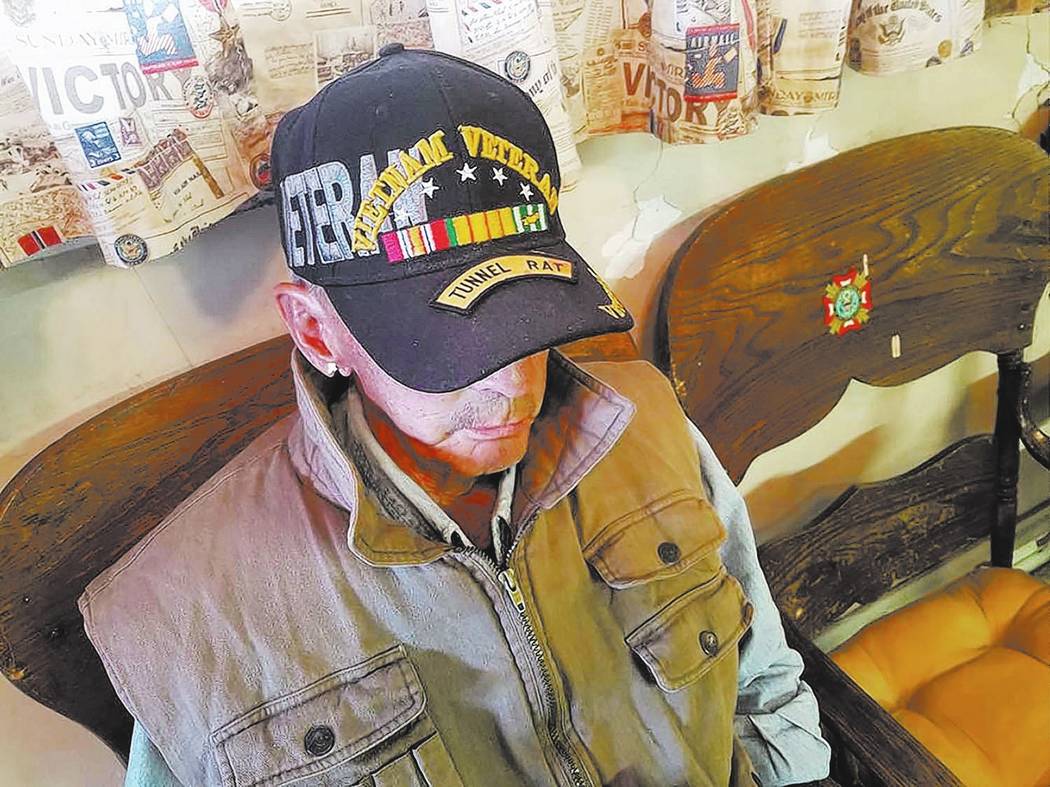 David Jacobs/Pahrump Valley Times This 2016 photo shows Fearless Fredy King is a Vietnam veteran who served in combat as a Tunnel Rat. He is a former Tonopah resident. In this photo, he is shown at a POW/MIA Recognition Day ceremony in Tonopah. The event was organized by the Veterans of Foreign Wars Post 1103 in Tonopah. 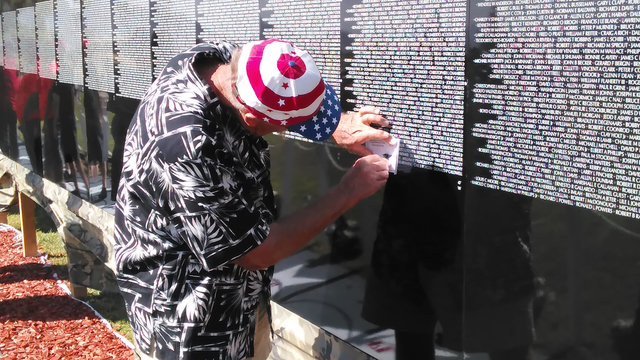 Selwyn Harris/Pahrump Valley Times Simkins Park in Pahrump was the 2016 venue for a traveling replica Vietnam Veterans Memorial Wall. The Moving Wall is a half-size replica of the memorial in Washington, D.C. In this photo, Pahrump resident Phil Huff makes a rubbing of his brother-in-law’s name. Charles F. Wright was on a rescue mission when his helicopter was shot down. He was 28-years-old. 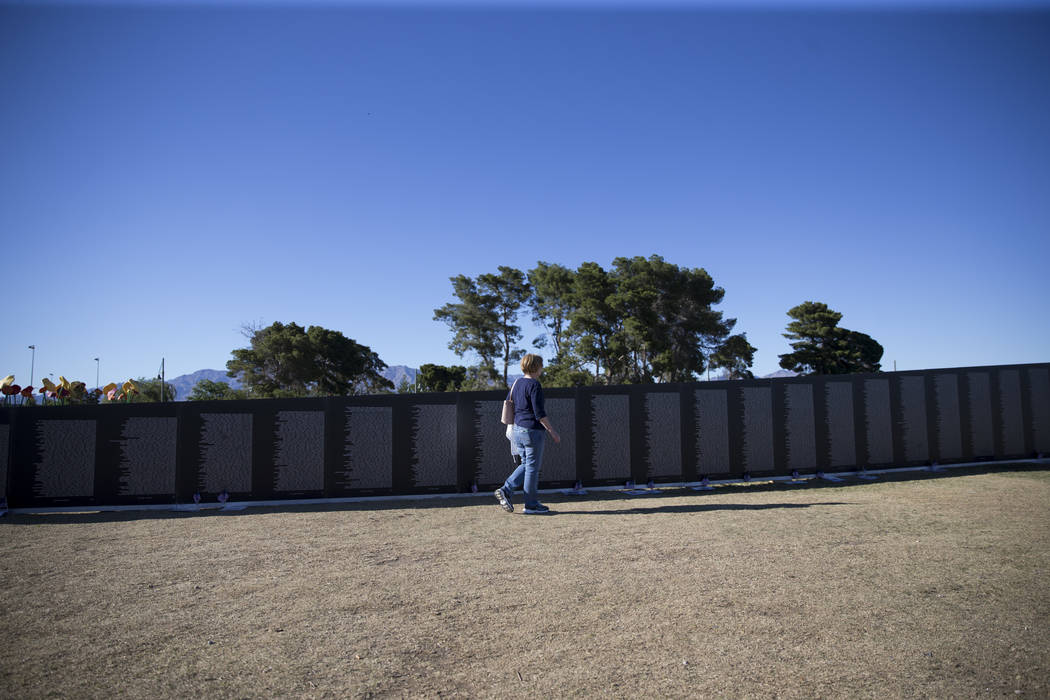 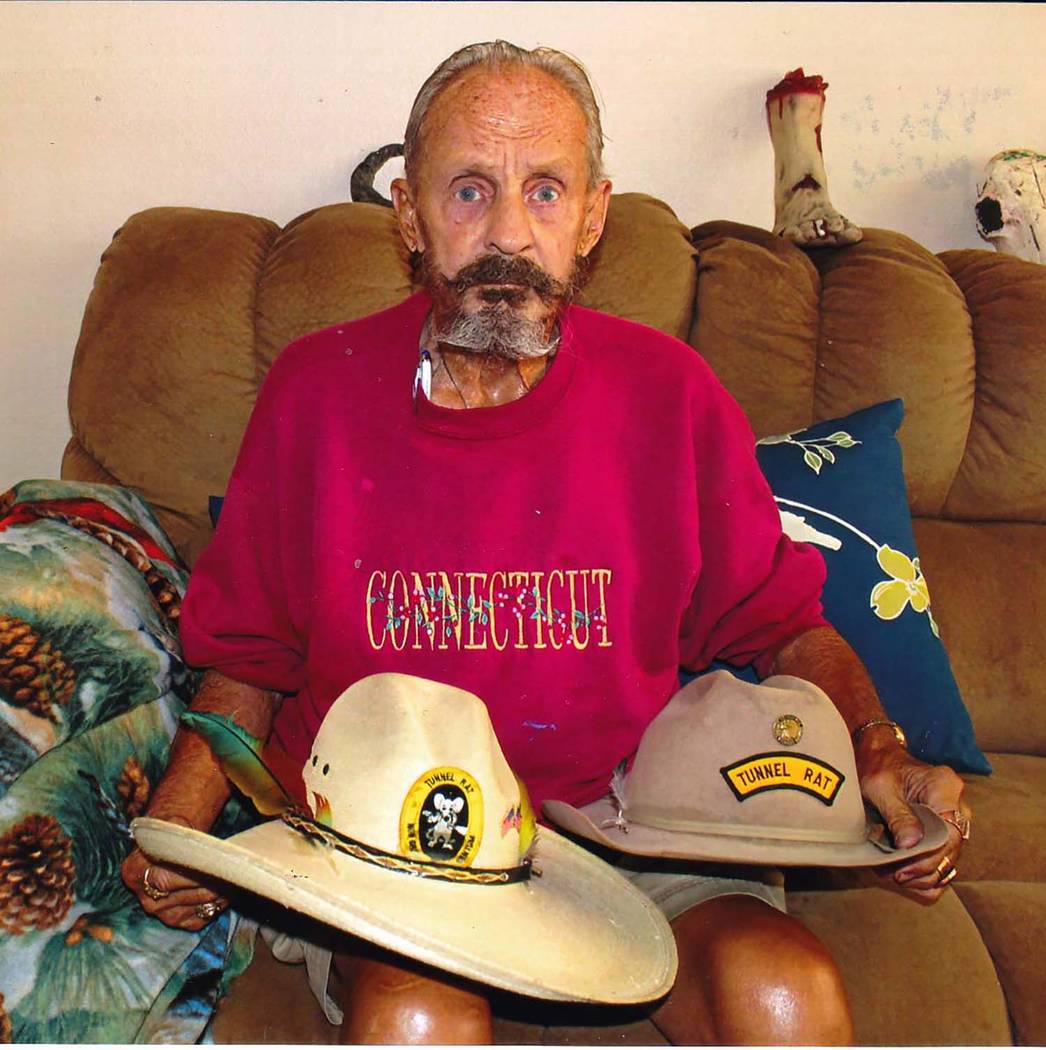 Photo provided by Chuck Baker Fearless Fredy King is a Vietnam veteran who served in combat as a Tunnel Rat. He is a former Tonopah resident.

The Vietnam War. The word is burned into the minds of millions of Americans.

Those who fought in it, civilians who lived through the 1960s, historians, journalists, photographers and filmmakers.

Nye County is home to many veterans of the Vietnam War. Anyone who watched television or reads newspapers in print or online, more than likely saw the recent advertisements and interviews with documentarian Ken Burns who, along with his business partner Lynn Novak, invested time during the past 10 years to produce “The Vietnam War.” It’s been running on PBS, in 10 parts.

I had the opportunity to attend a Los Angeles seminar and hear him speak about the project and the war. About his venue and his past productions on other subjects, he said there was “absolutely no other place where we could have made these films.” PBS has given him the time, financing and freedom to explore many topics in our society.

Burns noted that President Lyndon Johnson would get upset with the Central Intelligence Agency who gave him nothing, or very little, in the way of solid, honest information about the overall results of combat in Vietnam. Burns explained that when current news reports often (and in the past) reference the Tet invasion that saw Viet Cong enter the U.S. embassy and carry on several days of fighting, journalists tend to place it all in Saigon.

But Burns noted at the seminar (and in his film) that Tet encompassed the entire length of Vietnam.

It was a massive attack that saw many casualties on both sides. He told me that the war was “both a civil war and a continuation of a war of liberation.” Vietnam had been colonized and ruled by other nations for years, including France, Japan and China.

Today, our political landscape is such that many feel Washington is not responsive to the will of the people. That certainly echoes the Vietnam era. Burns noted that “millions of people demonstrated” against the war in 1966 through 1969, with “no response from Washington.” Johnson was often called a “baby killer,” and years later many of those who uttered the words apologized. “But babies were killed,” Burns explained.

Secretary of State Henry Kissinger was a part of President Richard Nixon’s war cabinet and was called upon to negotiate a peace settlement with Hanoi. But Burns asked rhetorically if Kissinger acted like a terrorist himself? It’s all left up to the viewers to decide. Burns said the film has no agenda, other than trying to get to the truth about the war.

Burns explained that at first Americans felt we were fighting to throw out communists in Southeast Asia and stop the falling of dominoes, being other Asian nations. But when Americans visited the Vietnamese countryside and saw how the “real people — the peasants” were being maimed and killed, U.S. opinion began to change, viewing things in a different light. And once we were involved, Washington and our military felt we had to stay to win and “save face.”

I haven’t seen the film, but it will add to the many books and movies about the war, and perhaps shed some new light on his work that he said reflects “a complex social drama.”