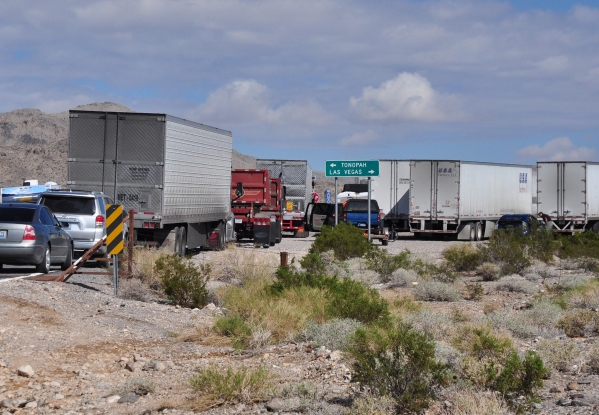 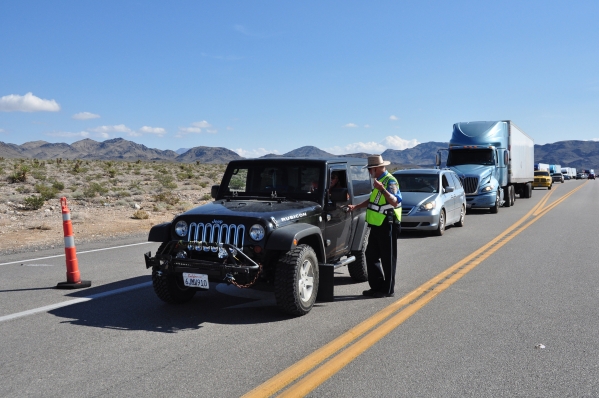 Weekend storms dumped record amounts of rain over the area, leading to a declaration of emergency, several closures of roads and public institutions, in addition to leaving travelers stranded at a nearby popular tourist destination.

Two separate declarations of emergency were enacted due to road issues caused by flooding and the fire at US Ecology over the weekend into Monday.

Several roads throughout southern Nye County were closed down for varying amounts of time during the weekend.

Two sections of Highway 160 were shut down for a period of time Sunday as debris and water overtook the roadway. A section of road between Basin Avenue and Highway 372 saw a closure and Highway 160 from Crystal Springs to U.S. 95 closed due to flooding. These two closures took place between 7 a.m. and 2 p.m. Sunday, according to the Nevada Department of Transportation.

U.S. Highway 95 shut down several portions of the road, with one section closing two separate times on Sunday near Beatty. U.S. 95 was first closed at 9 a.m Sunday due to flooding.

The road was closed again just 30 minutes later at 7 p.m. due to an industrial fire at US Ecology. The highway reopened at 5:30 p.m. Monday. Motorists were advised to take U.S. 93 as an alternate route.

“We understood it was a mudslide and I didn’t know about the fire,” said Larry Elquist, a truck driver driving to US Ecology with hazardous waste. “I had been sitting here for the past couple of hours because I thought the road was going to be opened at 11 a.m.”

In addition to the roads, some schools in Nye County were closed Monday due to a mix of weather-related issues and the hazardous materials fire near Beatty.

All classes at schools in Beatty and Amargosa Valley were canceled Monday as a precaution to the dual events, but Nye County School District officials said classes would resume Tuesday morning.

The group was in radio contact with park headquarters overnight and have all been safely accounted for. Those visitors were escorted out of the park Monday morning after a path was cleared through the mud and debris that filled the roadway.

Highway 190 is open, but other roads remained closed at press time Tuesday morning.

“Rains over the last two weeks have damaged many roads in the park,” said Superintendent Mike Reynolds. “Visitors should use caution and understand that many areas will be inaccessible for several days.”

Rangers are currently inspecting all roadways to assess conditions and make sure that all visitors are safe. California Highway Patrol will fly over the area to check remote areas.

Death Valley park employees have been working overtime the past few weeks to clear flood debris and repair damage on Badwater Road, West Side Road, and Scotty’s Castle Road. CalTrans has also worked quickly to clear California Highway 190 after each storm.