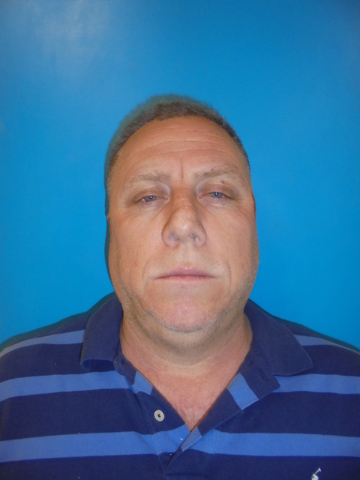 The shooting incident at a Pahrump wedding last weekend that left two people injured began with an argument earlier in the day.

A witness told the Nye County Sheriff’s Office that they had seen the man, later identified as Angel Meraz-Salcido from Las Vegas, arguing with a group of men near the bar at the wedding site on the 4300 block of West Effinger Road.

According to the arrest report, the witness stated that the man she saw in the argument with the group had a handgun on his waist, but the witness did not see the actual shooting.

The pair of male victims are described by law enforcement as having permanently disfiguring and disabling injuries as a result of the alleged shooting.

One man, who was shot in the face, told detectives while being cared for at University Medical Center in Las Vegas, that Meraz-Salcido pointed a gun at his face while the victim pleaded with him not to shoot. Meraz-Salcido proceeded to fire a round, which entered through the victim’s nasal cavity, causing severe damage to his eye, eventually exiting his head near his hairline.

The other injured party was interviewed while being tended to at Desert View Hospital for a gunshot wound to his left foot. He said that he was shot in the ball of his foot and the bullet traveled through the arch area of his foot.

Two .45 caliber shotgun shells were recovered at the scene near two pools of blood in the back of the facility under a patio awning.

Police reviewed footage of the wedding reception shot by a videographer and Meraz-Salcido is seen several times in the video. The video also showed children on the dance floor near where the alleged shooting took place, the sheriff’s office said.

Meraz-Salcido eventually had a lawyer contact the sheriff’s office on his behalf to arrange turning himself in.

Meraz-Salcido turned himself in at the Nye County Detention Center late Monday evening.

Meraz-Salcido’s next court appearance is scheduled for Monday. He is being held on $717,500 bail.