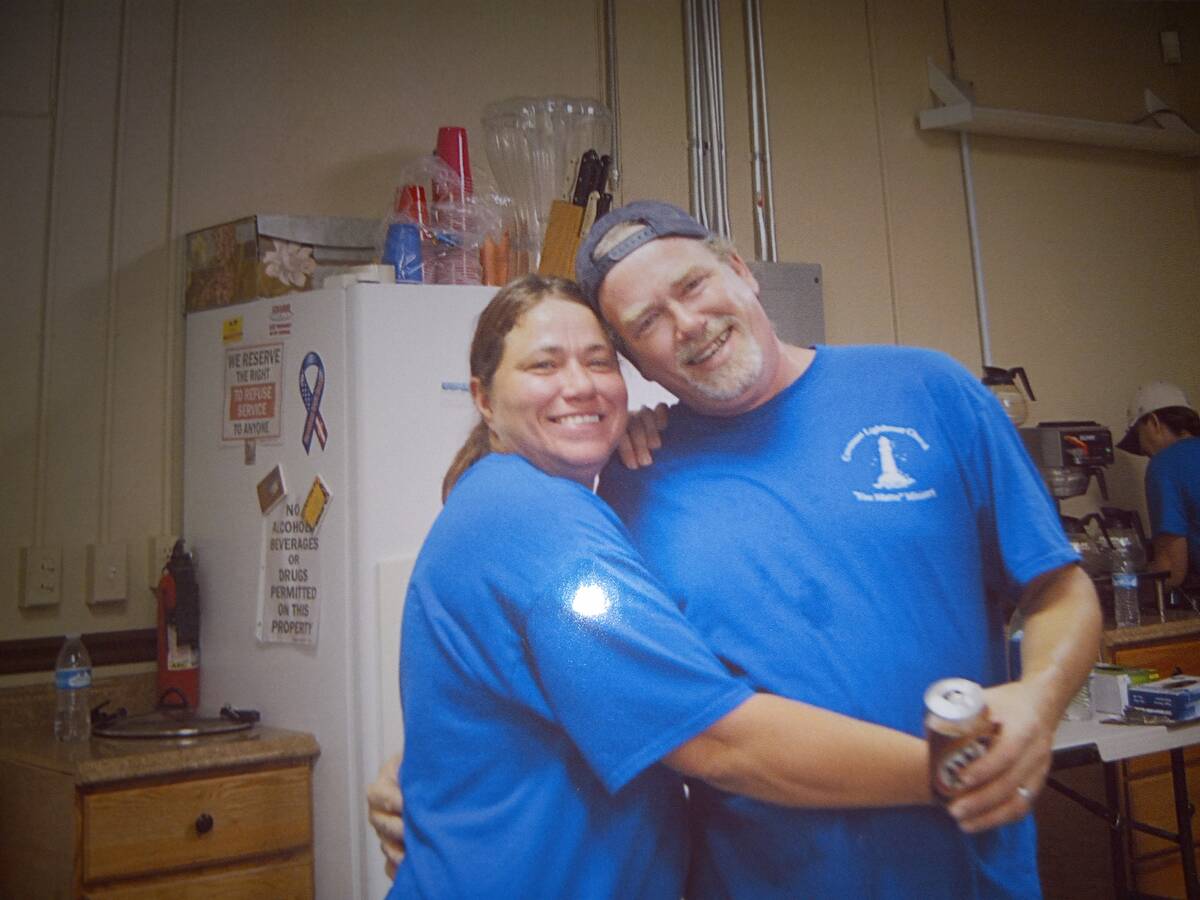 Special to the Pahrump Valley Times Kristy Finnegan (left) stands with her husband Jim who was diagnosed with a condition known as Basal Ganglia Hemorrhage, which is the result of poorly controlled long-standing hypertension. 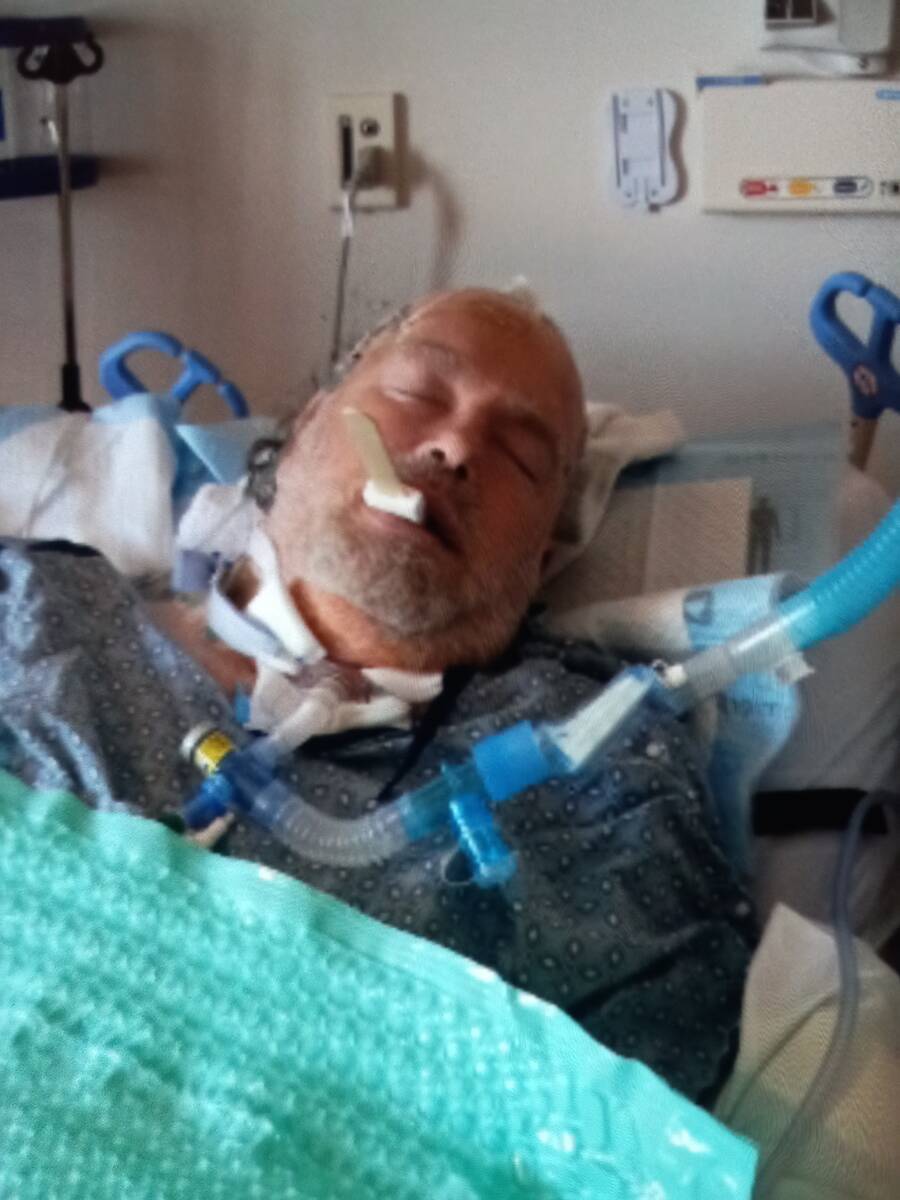 Special to the Pahrump Valley Times Jim Finnegan, 52, is affectionately known as the “Omelet Guy” at Saddle West. He was hospitalized with Basal Ganglia Hemorrhage in August.

A local woman is looking to establish a GoFundMe page to help her ailing husband, who has been hospitalized at a Las Vegas medical facility since Aug. 23.

Kristy Finnegan said her husband Jim, 52, was diagnosed with a condition known as Basal Ganglia Hemorrhage, which is the result of poorly controlled long-standing hypertension.

“He had a four-and-a-half centimeter brain bleed on the left side of his brain so the doctors had to go in and put in a drain,” Finnegan told the Pahrump Valley Times. “They had to put it in his head so that the blood and the fluid could be drained from his brain and that was going on for about a month. He was in a medically induced coma for a month and a half.”

A turn for the worse

During that time, Finnegan also said her husband contracted a severe lung infection which he has since recovered from.

“It was a deadly virus that attacks the lungs and he beat it and went back to rehab,” she noted. “He’s been in there for a couple of weeks right now, the doctors are just taking it day by day, but he might not be able to use his right side. I tried to ask him if he could squeeze my hand, but he couldn’t, so his left side works, but his right side doesn’t. They’re thinking that if he cannot move it at all, then he got paralyzed because he also had a stroke on top of the brain bleed. So they’re thinking that his right side might not work, or if it does, it’s gonna take a long time for him to get back to normal. Even if he does get back to normal, there’s going to be a lot of rehab involved because he’s going to have to learn how to walk, talk, and swallow, so it’s going to be a really long recovery.”

Prior to suffering from his present condition, Finnigan said her husband was employed at Saddle West as a cook, affectionately known as the “Omelet Guy.”

“He just loves his customers and loves trying to make them laugh when they’re not having a good day,” she said. “He cheers them up and he prides himself with his omelets. Everybody loves Jim because he’s such a good guy and he has a great sense of humor. He’s just, he’s very laid back and he’s got a good head on his shoulders.”

Regarding her creating a GoFundMe account for her husband’s medical and everyday expenses, Finnigan said that she would greatly appreciate assistance from anyone who is willing to help her set it up.

She can be reached by way of email at kfinnegan557@gmail.com.

Additionally, she said aside from her Social Security, Jim’s salary at Saddle West was the couple’s primary source of income.