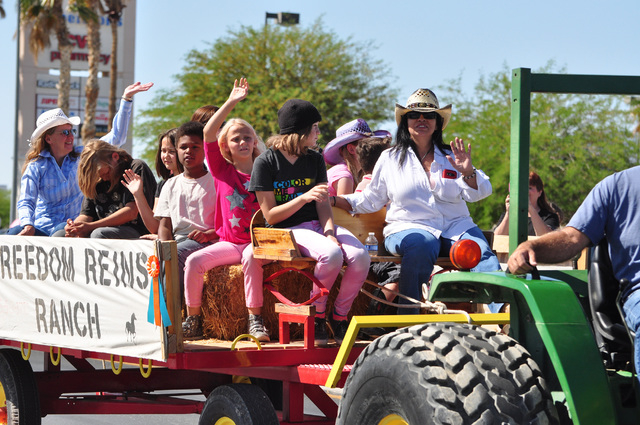 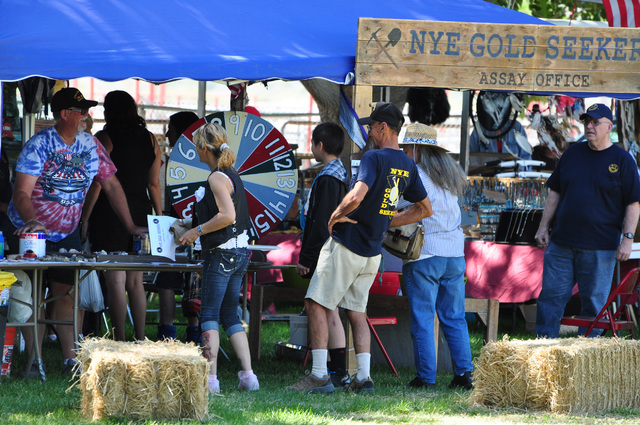 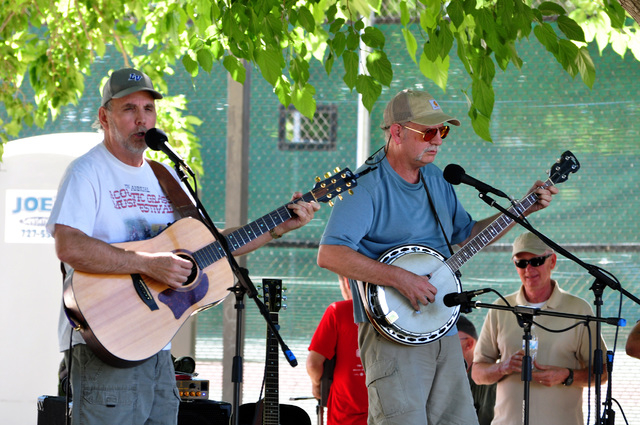 One of the main highlights of this year’s 13th annual Wild West Extravaganza and Bluegrass Festival, according to co-organizer Paula Elefante was the inaugural entry of the historic 20-mule team joining the parade this year.

Elefante said that she noticed a large presence of families and individuals who were lined up along Highway 160 to watch as the team made their way north on the highway.

“The turnout was wonderful and the community was really excited to come out and see the 20-mule team,” she said. “When I was watching the team approach it was like stepping back in time. It was their first time coming to Pahrump and I think there might be some conversation about bringing them back next year.”

Petrack Park was the venue for the event where dozens of attractions were created to recapture the essence of the late 19th century West.

Elefante said organizers want to always keep the three-day event as authentic as possible, from start to finish.

She also said there were a number of people who felt the parade was too brief this year.

“Next year they want to see more horses and wagons,” she said. “The feedback that I was getting was people were excited about having an old western-style parade with the mule team and the horse groups and the Pahrump gunfighters. We have a few things in mind for next year that we believe will be exciting and fun for the community.”

As an example, Elefante said she was surprised and pleased to have met several individuals unexpectedly over the weekend who expressed interest in returning next year as participants.

“We had three Buffalo Soldiers come by and visit on Saturday and they are part of a group of about 30 members,” she said. “We are now talking to them about doing an encampment next year which will be interesting because they will talk about the Buffalo Soldiers and what they did and contributed way back when. This event is really evolving and becoming a living history event.”

There was no shortage of activities for those of all ages.

Organizers were grateful to have members of the Pahrump Open Schooling Shows, who held a horse show at the arena grounds on Saturday, while an event on Sunday drew much praise from attendees and organizers.

“On Sunday there was a youth rodeo which went really well and had great participation, and many of the kids are talking about coming back next year,” she said. “The 4-H group had games planned for kids and the Cooperative Extension had the Master Gardeners talking about planting in Pahrump.”

At least one event at the park, according to Elefante, did not materialize this year, while another event did not go off the way many people were anticipating.

Elefante did note that the musical entertainment was enjoyed by all, especially the Bluegrass.

“I’m going to make the suggestion to the Bluegrass committee that we should go later than 8 o’clock in the evening,” she said. “We moved the stage farther back towards the shade trees and we also moved in bleachers for people to sit on while they enjoy the entertainment.”

Overall, the event was deemed a success according to Elefante, who said plans are already being made for next year.

“There were some issues with the parade but that was all resolved so it turned out really well,” she said. “I believe we had upwards of a dozen or so entrants for the parade and one of the best things about the Wild West Extravaganza is all of the various community groups that come together get involved and make this event the successful one that it is.”

Elefante wanted to give thanks to many of the volunteers who came and provided their respective services, including a few county agencies.

“The Nye County Sheriff’s Auxiliary and the local Ham Radio Club were amazing,” she said. “They really helped to make the parade run really smoothly. I think if it were not for their efforts the parade would not have gone off as well as it did.