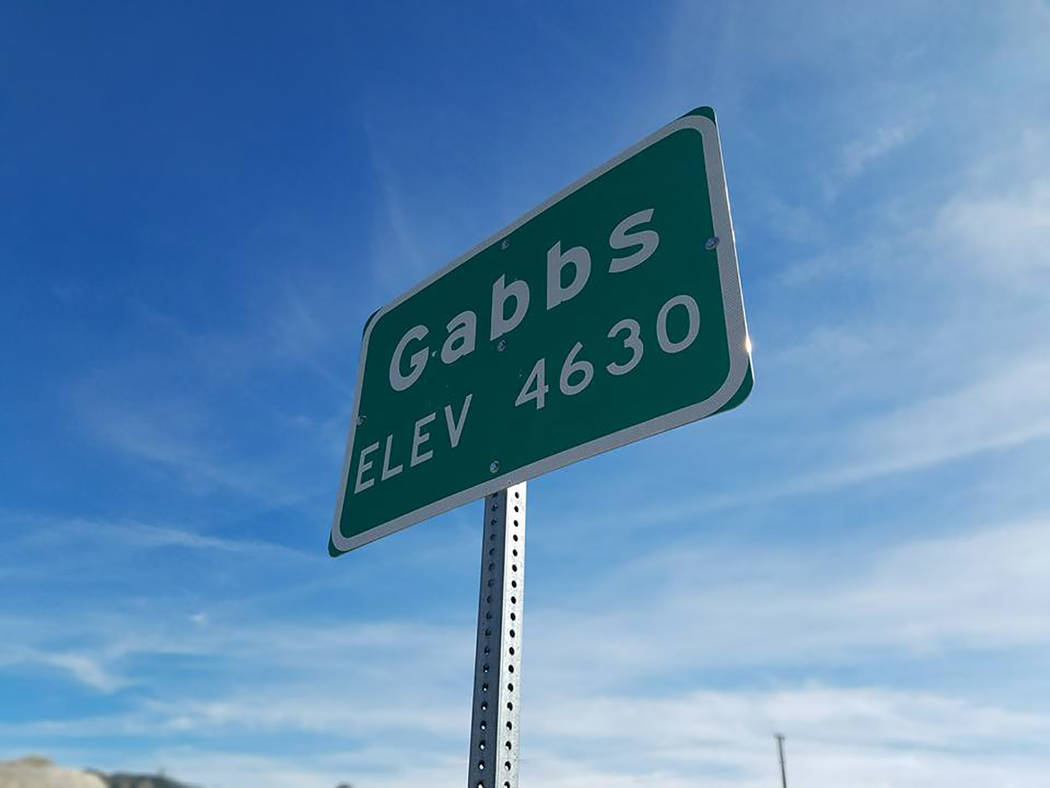 Firefighters tamed a 650-acre wildfire — believed to have been started Aug. 7 by lightning — near Nye County’s Gabbs community.

No injuries were reported or structures lost or damaged in the fire, said Erica Hupp, fire information officer for the U.S. Forest Service. No one was evacuated.

The Green Spring Fire was east of Gabbs and north of Nevada Highway 841.

Most of the details were provided by the U.S. Forest Service-Humboldt-Toiyabe National Forest in a Facebook post, which said the fire was reported at 3:12 p.m. Aug. 7.

The fire was burning in pinyon and juniper pines in the Green Springs area of the Paradise Range, the Forest Service said.

“The fire had gotten some rain, which has slowed the fire’s spread this evening,” the Aug. 7 post said.

The next day, Aug. 8, the Forest Service reported that the resources working on the fire included 25 personnel, five engines, two smokejumpers and one helicopter. Additional resources were ordered.

Later on Aug. 8, the Forest Service reported, “The fire is receiving heavy rain and the perimeter has held at 650 acres. Firefighters continue suppression efforts.”

At 10:04 p.m. Aug. 10, the Forest Service reported: “The Green Springs Fire has been declared contained. The final acreage for the fire is 650 acres.”

Firefighters remained on the scene earlier this week for mop-up work and to patrol for any hot spots.