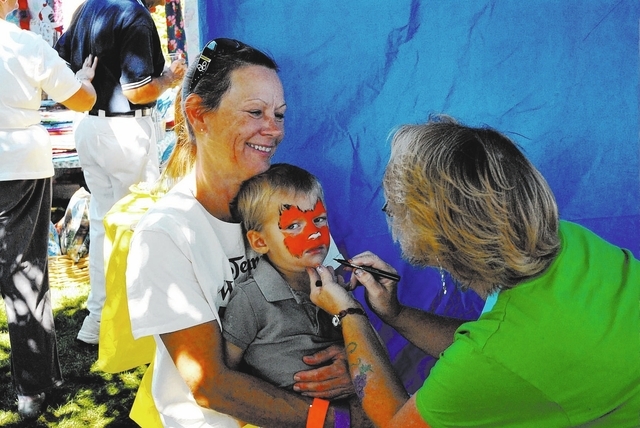 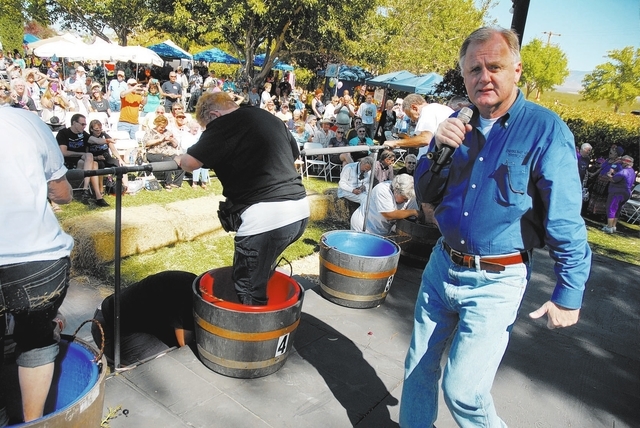 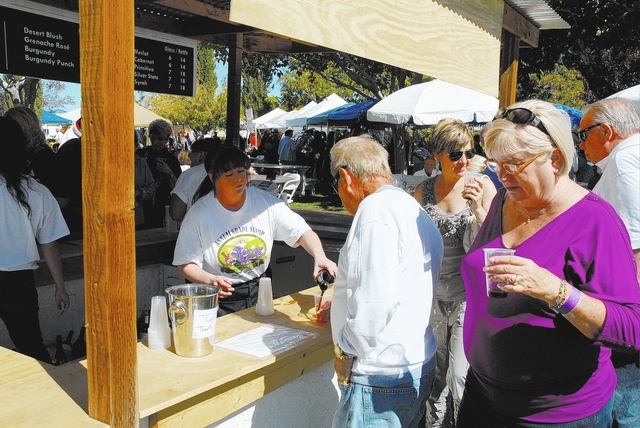 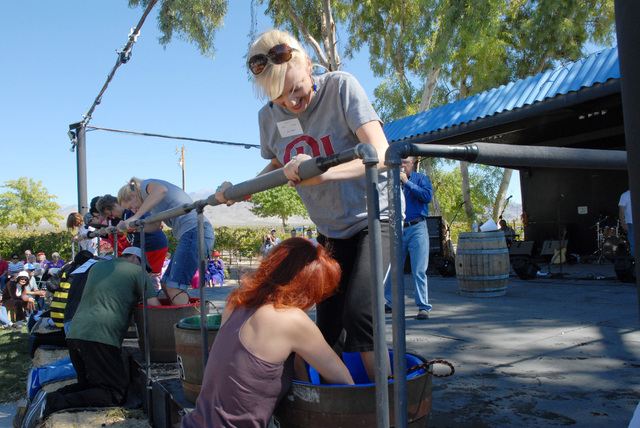 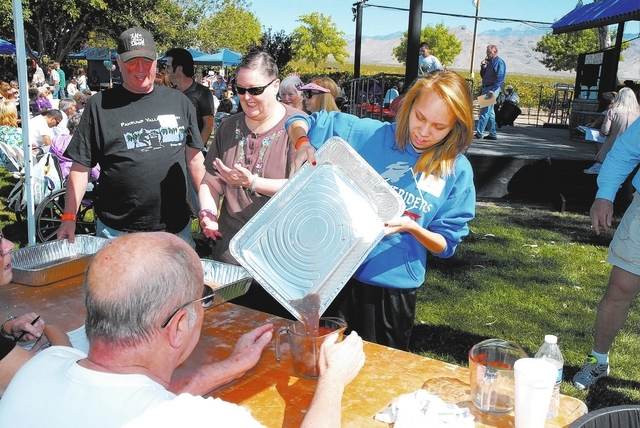 What better way to promote your award-winning wines than to host a grape-stomping good time?

Bill and Gretchen Loken, owners of the Pahrump Valley Winery, have been doing just that every year now for a decade. So no surprise that last weekend’s Grape Stomp brought a few thousand visitors to the valley.

Not only do the Lokens get to promote their wines with free tastings, but the event offers live music, vendor booths and a good, old-fashioned grape stomping competition with $150 as the top prize awarded each day of the event.

“It is customary in the wine industry to have a Fall Festival celebrating the ending of the grape harvesting season,” said Bill Loken. “The tradition started in Pahrump with the previous owners in the mid-1990s and has grown from a couple of hundred participants to a few thousand.”

Over the years, the Lokens have promoted and expanded the event by adding new features such as various types of outside vendors, doubling the stage size and expanding the event from a single full day to a weekend event.

The weather was perfect this weekend, too.

“The weather is spectacular, it’s like stepping into a peaceful environment, everyone’s having a great time,” said Margene Rossell, who helped coordinate the outside vendors.

For the most part, the grape stomp teams came from Las Vegas and Pahrump. However, the event did get a few participants from across the United States who actually maneuvered their vacation plans to attend the stomp. Some of these vacationing participants return every year.

Stomp teams consist of two participants. One to stomp furiously for about two minutes and the other to assist.

This year’s event had more than 185 teams, with a capacity to handle 300 teams. Although the event isn’t geared toward children, time was set aside for a special children’s grape stomping event that lasted about an hour.

There were seven oak barrels on the stage. The competitions lasted about 15 minutes with a 30-minute break, which allowed for cleanup and music performances, before starting again.

Each event was timed at two minutes. One player stomped inside a half oak barrel filled with a weighed amount of grapes while the other player helped his or her teammate by clearing clogged grapes from a small funnel hole that led to a special compartment below the stage.

The compartments hold aluminum trays for collecting the grape juice. When time is called, the trays are taken to judges who measure the amount of juice collected. A measuring cup based in milliliter units was used to determine the results.

The competition consisted of several tiers of winners for each of the day’s events. The standard first-, second- and third-place prizes were awarded. There was also a prize for the worst competitor of the day and a contest for best costume.

The worst stomp award went to Jennifer Braster and Christopher Moon with 70 ml. of juice.

The worst stomp with 160 ml., of juice went to Sandra and Steve Reynolds. The award for best costume was taken home by Sylvia and Scott Imsland, who came dressed as grape clusters.

As a special promotion for the Grape Stomp, all but two of the wines produced by Pahrump Valley Winery were on sale for 40 percent off the regular price if purchased by the case. Some pricing was below the cost of producing the wine. This led to some very happy wine consumers.