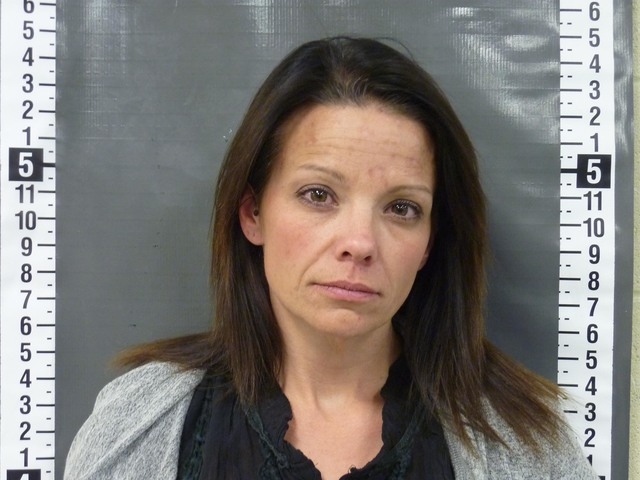 The alleged ringleader of a large-scale mail, identity, and check fraud scheme was arrested again Wednesday on new charges tied to the case, the Nye County Sheriff’s Office announced Friday.

Diane Lee Lake, 36, was arrested at her residence at 461 Arapahoe Street, after new information led police to serving a new search warrant in the Operation Super Lake investigation.

This investigation initially began in November 2014 when deputies investigated a report of check fraud involving Lake. The sheriff’s office began its investigation after deputies said a woman, later identified as Lake, tried to cash two fake checks on the same day at a Pahrump casino on Nov. 7.

Deputies arrested Diane Lee Lake, 36, and another man on March 7. Detectives searched Lake’s home and said they found evidence — including stolen mail and personal records — that checks were being altered and forged there and that an identity-theft scheme was being operated out of the home.

During the course of their investigation, deputies discovered a large-scale mail theft, identity theft and check fraud scheme which appeared to center around Lake and initially revealed approximately 75 victims from both Nye and Clark County.

The number of victims grew to approximately 200, many of which were not aware that their mail and identities had been stolen, according to police.

Police are still in the process of locating and following up with each victim in this case, and are following up on several other leads and the investigation is ongoing.

Additional victims will be identified and contacted in the coming days as the investigation continues to unfold, police said.

Lake was booked and placed into the Nye County Detention Center on four counts of stolen property. She is being held on $6,920 bond.

Lake is one of 10 adult and two minors arrested on various charges stemming from the original identity theft and fraud investigation.

Anyone with information pertaining to this case is urged to contact the Nye County Sheriff’s Office at 775-751-7000 or by emailing ncso_detectives@co.nye.nv.us, attention Detective Fowles.