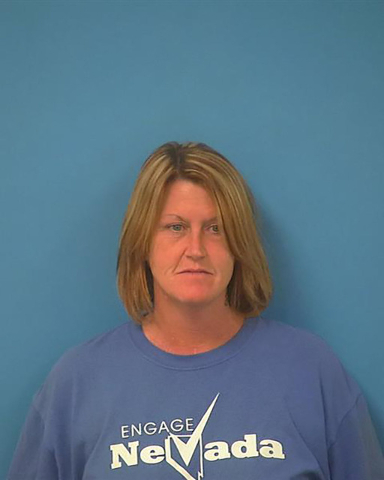 A Pahrump woman was arrested Wednesday on preliminary charges related to voter fraud.

Tina Marie Parks was placed into custody by the Nye County Sheriffs Office on a failure to appear warrant and formally charged Wednesday with 11 preliminary felony counts related to violating election laws.

Nevada Secretary of State Barbara Cegavske said that members of the Election Integrity Task Force arrested Parks in accordance with an arrest warrant issued by Pahrump Justice of the Peace Kent Jasperson.

Protecting an electors right to vote and enforcing state election laws are some of the most important duties of the Secretary of State, said Secretary Cegavske. Any person in Pahrump who has recently registered is encouraged to check and confirm that their voter registration is accurate.

According to the criminal complaint, Park, who was working with Engage Nevada, allegedly marking Republican or nonpartisan party affiliation on three registration forms of electors. In turn, at least one person was unable to vote in the June 14 Democratic primary election, according to the charges. Engage Nevada is a conservative advocacy organization focused on registering voters in Nevada.

Engage Nevada will fully cooperate with the Nye County sheriffs department and the Secretary of States office in this investigation. As an organization we strive to maintain the highest standards for our employees and ourselves, Engage Nevada said in a statement. We have been registering Nevada voters since 2013, and we have employed over 250 hardworking staff throughout the state since our founding. They have participated and continue to participate in extensive training and quality control to ensure that they comply with both the letter and the spirit of the law.

The complaint also states that Parks, who has one or more felony convictions, signed four registration forms for herself, which included the statement that she was not laboring under any felony conviction or other loss of civil rights that would make it unlawful for her to vote.

According to the criminal complaint, Parks allegedly has not had her right to vote restored.

This case was investigated by the Nevada Secretary of States criminal investigators with the assistance of the FBI. Both agencies are members of the Election Integrity Task Force.

Secretary of State Cegavske convened the Nevada Election Integrity Task Force this year to address any complaints of election fraud, voter intimidation, and irregularities at the polls during the election.

Nye County Sheriffs officers assisted in the execution of the arrest warrant. Wednesdays charges were filed on behalf of the state by the Nye County District Attorneys office.

Verifying voter registration can be done through the Nevada Secretary of States website at https://nvsos.gov/votersearch/.