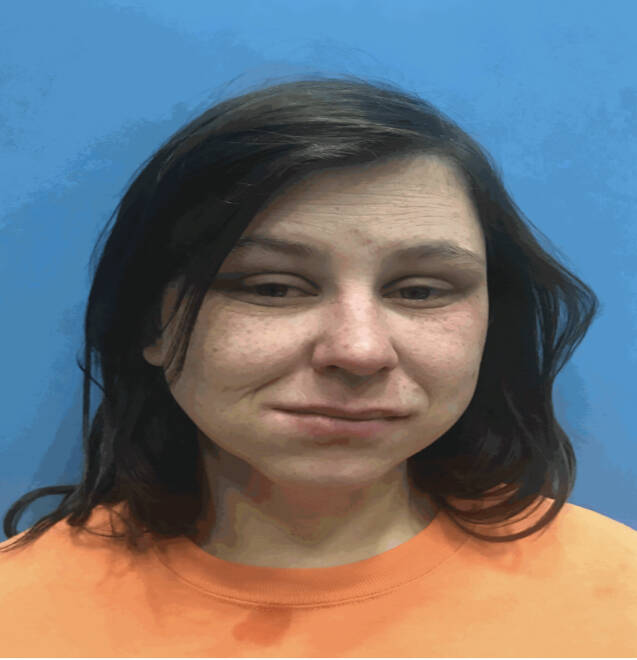 A Pahrump woman faces several counts of child endangerment after a traffic stop just after 11:30 a.m. on Saturday, Nov. 11.

Deputy Isaac Champlin was dispatched for a reported drunk driver on Homestead Road just south of Gamebird Road, according to a Nye County Sheriff’s Office arrest report. He was advised by Nye County dispatch that the suspect’s vehicle had pulled into the Family Dollar Store located at 3971 Homestead Road and parked.

“Upon arrival, I observed a vehicle matching the description parked at the Family Dollar,” Champlin’s report stated. “I contacted the driver, Summer Graham, who was sitting in the driver’s seat and was in control of the vehicle. The vehicle was parked and not running and was occupied by five other occupants who were all juveniles.”

Not all children secured

Champlin’s report also noted that three of the five juveniles were secured in car seats in the back seat, with one juvenile who was not secured sitting in the front seat.

The last juvenile, who was not secured, was freely roaming the rear cabin of the vehicle, the report said.

No odor of alcohol

Additionally, Graham stated that she was traveling northbound on Homestead Road from Lakeside Casino, and parked at the Family Dollar to wait for her boyfriend.

“Summer admitted to being in physical control of the vehicle while she operated it on the roadway,” according to the report. “While speaking with Summer, I observed a slow and slurred speech pattern, no odor emanating from her breath. Summer also showed signs of bruxism and had involuntary hand movements as well as pinpointed pupils.”

The report went on to state that Graham consented to performing standardized field sobriety tests.

When asked about medical and physical restrictions for the tests, Graham stated she had recently taken a 10-mg prescribed Adderall approximately 45 minutes before the traffic stop.

“When exiting the vehicle, Summer had an unsteady gait and a hard time keeping balance,” Champlin stated in his report. “A series of standardized field sobriety tests were administered to Summer, in which she failed the horizontal gaze nystagmus, the walk-and-turn, and the one-legged stand.”

Summer was also charged with five counts of child endangerment for willfully operating a motor vehicle with five juveniles all under the age of 10 inside. “The reporting party stated that Summer was swerving in and out of travel lanes and almost causing a head-on collision, placing the children in a position where they may have suffered unjustifiable physical pain and suffering. The reporting party also provided a verbal and written statement verifying that Summer parked the vehicle and never exited.”

Admitted to cocaine use

Further, according to the report, Graham was read implied consent to which she consented to give a blood sample.