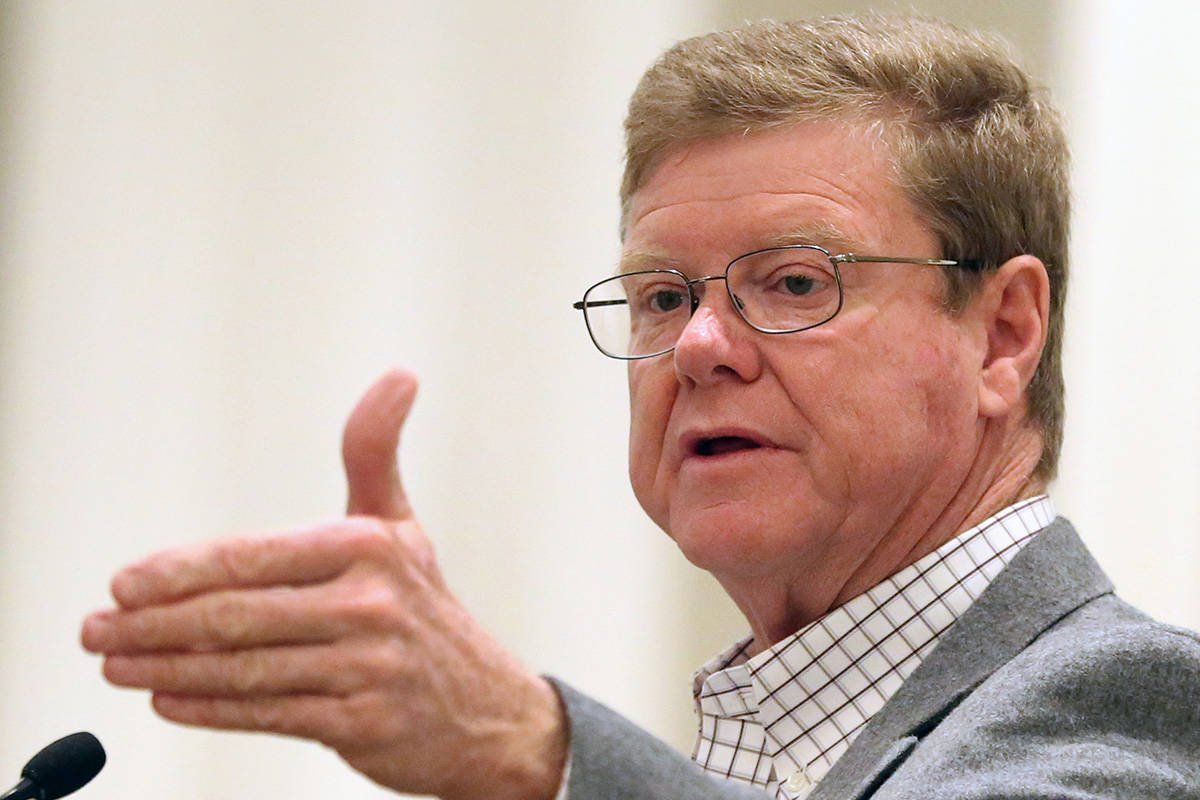 “So we spent a whole election on my side of the fence talking about, ‘We got to fight socialism.’ And now you’re going to throw a half-trillion dollars” with “absolutely no targeting” for earners hurt economically by the coronavirus?

“I’m the guy who campaigned for the president, contributed to the president and voted for the president,” Amodei offered during a wide-ranging hourlong phone conversation Wednesday. The only Republican in Nevada’s congressional delegation, Amodei stressed that he wanted Trump to serve four more years.

But that doesn’t mean Amodei has to vote in lockstep with Trump. As Amodei said in a statement released after he voted on Monday against $2,000 “helicopter checks,” the Treasury doesn’t have the money. The measure didn’t target workers hurt economically by the pandemic; it instead targets those who earn up to $75,000. He would prefer to see COVID funds disbursed to help stressed-out health care providers.

For the past four years, House Republicans have groveled readily every time Trump engaged in an attention-grabbing stunt. In this case, the stunt was a demand for $2,000 checks — after Trump’s own team had negotiated a deal with $600 stimulus checks and the COVID bill had reached his desk. Indeed, Trump is demanding the larger haul even though he signed the bill.

But this time, Trump’s antics are not working so well. Sure, 44 House Republicans voted with House Democrats for the bigger checks. But 130 GOP members voted no.

Amodei told me the White House didn’t lobby for his support on the bill, and GOP leaders didn’t whip support for the measure. The cookie is crumbling.

Another reason I call it a stunt: It likely won’t go anywhere. Senate Majority Leader Mitch McConnell put three Trump asks in one bill — $2,000 checks, repealing protections for tech companies like Facebook or Twitter under Section 230 of a communications law and establishing an election integrity panel — that should ensure the package won’t make it to the president’s desk.

Stunt No. 2: Trump’s veto of the National Defense Authorization Act, on the grounds that it did not include a repeal of Section 230, which shields tech platforms from legal liability.

Amodei has a history of supporting Trump in general but still saying things your standard MAGA boot licker would not say. So while it is not extraordinary that the Carson City Republican voted to override Trump’s veto of the defense spending bill, it is a big deal that 108 House Republicans joined him.

“The Section 230 stuff, I completely agree with the president,” Amodei said — but its repeal has no place in a defense bill.

“No, he lost Nevada,” Amodei responded. And the Trump legal team repeatedly has lost as it appealed states’ decisions in court.

Amodei resented Democrats whose “resist” movement tried to delegitimize Trump’s 2016 victory for four years. So he offered, “I’m not going to turn around and become what I was so offended by.”