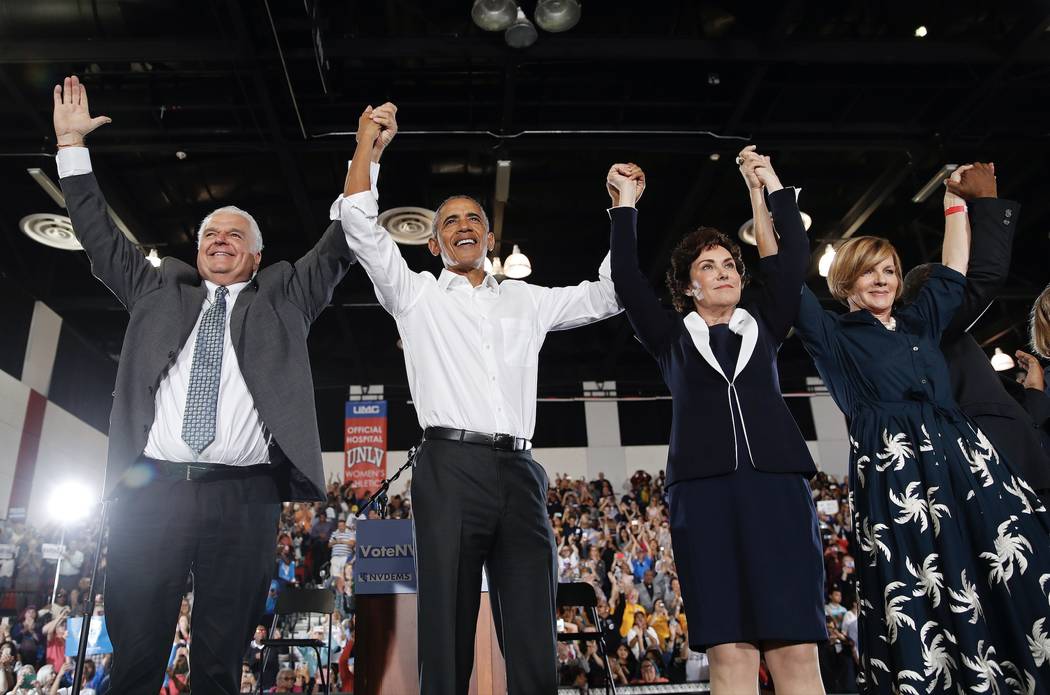 Democratic presidential candidates, sensing the weakness of the most unpopular president in decades, are lining up to run.

Their agents are fanning out across the country to recruit the best organizers in early primary and caucus states. The folks they are trying to recruit, certainly including Nevada Democrats who host an early state, may be facing difficulties they have not anticipated, and as a result they should be cautious in selecting their candidates.

Here’s the problem: Many of Donald Trump’s sins are also Democratic sins.

Here’s another one: The Democrats have often faulted Donald Trump on issues of transparency and curbing the press. But the Democratic record is terrible.

The last Democratic administration was one of the worst on transparency. It rejected Freedom of Information Act Requests at the all-time highest rate, prosecuted whistleblowers as spies, investigated leakers, and dug into phone records.

A 2015 Associated Press study reported that even when the Obama administration released records, it still “censored materials it turned over or fully denied access to them, in 250,581 cases or 39 percent of all requests.”

Donald Trump is accused of increasing the use of drone assassinations against alleged terrorists who often turn out to be something else, incurring fierce criticism around the world.

Barack Obama did exactly that.

Democratic candidates for president need to be able to make a case against Donald Trump.

Are there candidates out there who opposed Obama’s use of executive orders, opposed his excesses in shutting down information, who spoke out against drone killings and thus can carry those issues to Trump?

Because drone killings are controlled at military facilities in Nevada, Silver State Democrats have a special responsibility to face that issue head on.

Democratic candidates will also have difficulty making a case for themselves on the issue of warmaking.

Little wars proliferated during the Obama years, without any permission from Congress except the 16-year-old force authorization for the Iraq war. As a result, when U.S. servicepeople die in places like Niger, members of Congress are taken by surprise, because their war powers are now flouted so blatantly.

Trump, by contrast, has been less trigger-happy, and more inclined to shut down wars like Syria.

It won’t be easy for Democrats to ask Democratic candidates if they’ll do better than Obama did, but if a campaign is about more than just winning and is also about governing, it’s a question that has to be asked, and in just that way. Just promising policy is not enough. Obama did that as a candidate.