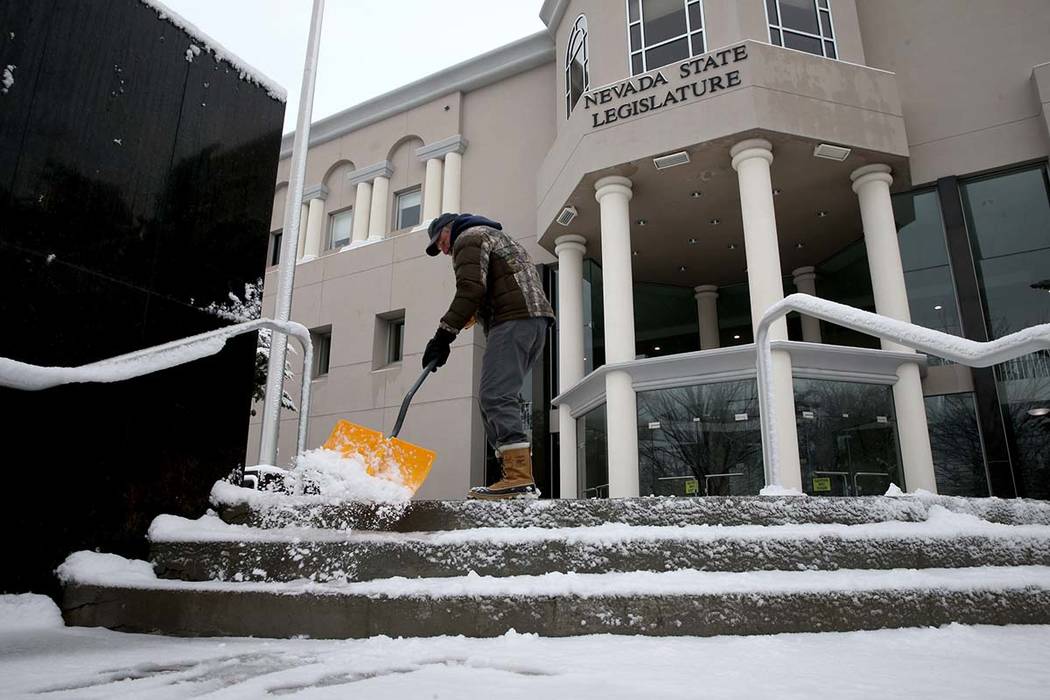 K.M. Cannon/Las Vegas Review-Journal Nevadans would be crazy, if they care about what the Legislature is doing, not to take advantage of the small scale of things here, columnist Dennis Myers writes.

In 1985 when I was still working in television, my news director got a call from some official at the Nevada Legislature complaining that I would not register to be a credentialed reporter.

My news director had come to Nevada from Missouri. Nevada was then only 16 percent the size of Missouri, so his experience was with a major Legislature with very elaborate arrangements.

He asked why I had not gotten credentialed. I told him:

■ that credentialing reporters was a new idea in Nevada

■ that it had been concocted by staffers rather than legislators

■ and because I suspected that at some point the staff would start restricting those with media credentials from some forms of access the public gets.

My news director trusted my judgment and okayed my covering the session without credentials.

A few days later, he traveled to Carson City to handle the first-day live shots I did there. A small state Legislature was new for him and he was blown away by the access and the informality. Citizens could walk right into the legislative halls when the lawmakers were in recess and talk to their legislators, for instance. He came to me and said, “If they ever try to close this place up, we’ll fight them on it.”

As it turned out, I was right about journalists becoming more restricted as the years passed, which is why I still cover it as a citizen instead of as a credentialed journalist. I am sometimes hassled, but it’s a little difficult to crack down on someone who is doing nothing more than attending the Legislature, taking notes, and talking to participants.

Which brings me to the point I have been leading up to.

Nevadans would be crazy, if they care about what the Legislature is doing, not to take advantage of the small scale of things here. And they should care.

The lawmakers deal with the roads we drive on, the houses we live in, the kind of health care we get and how much it costs, the way we power our homes and businesses, on and on.

The only thing needed to take advantage of our access is to pay attention to what is going on there by reading and watching the news. Beyond that, go to www.leg.state.nv.us/universalaccess.htm for some help on how to stay in touch with legislators.