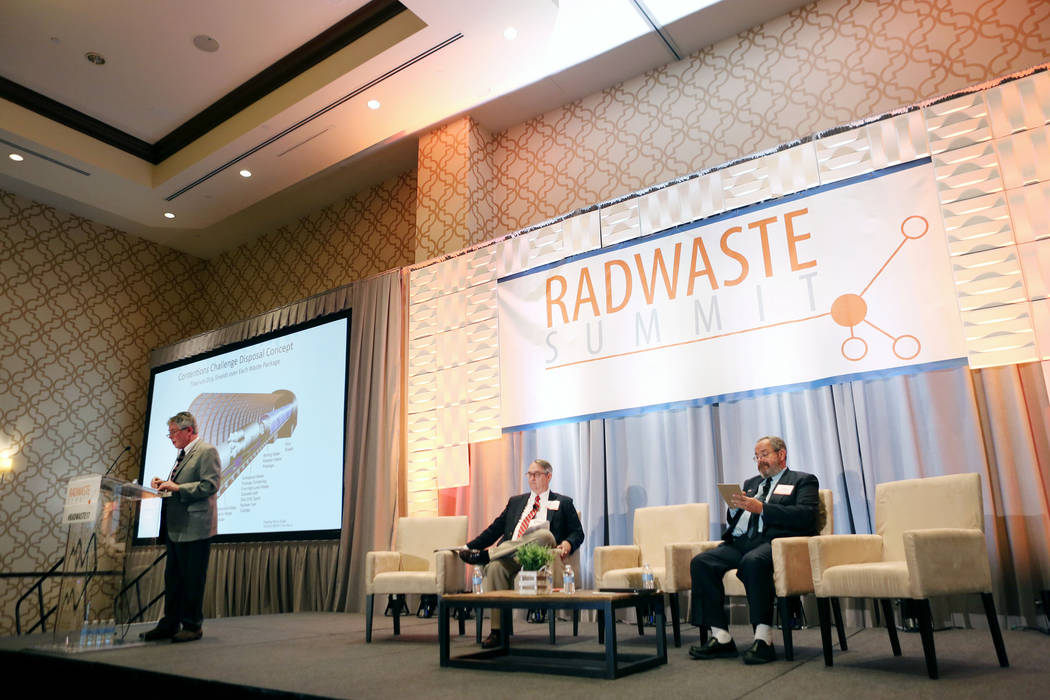 The combination of crises like climate change, the need for new forms of energy, and the possibility that peak oil is near have heartened those who would like to see nuclear power stage a comeback, and also those who hope that such a revivial would create pressure for completing the Yucca Mountain nuclear waste dump project.

A few days ago in the New Jersey capital, state legislators voted on new targets for how much the state’s utilities are going to be required to get from renewable energy sources (this is something Nevadans will likely vote on in November). As part of that vote, legislators also voted to pony up hundreds of millions of dollars to keep three nuclear power plants operating.

Green groups were split on the notion of more nuclear subsidies, with Natural Resources Defense Council lobbyist Dale Bryk telling the New York Times the group would neither support or oppose the subsidies: “You have to have an orderly transition plan that involves scaling up renewables first, so that when the nuclear plants close, they’re replaced with clean energy.”

Other environmental groups, such as the Sierra Club, opposed the subsidies. Subsidies, incidentally, are also being supplied to nuclear plants in a couple of other states.

New Jersey gets the largest share of its power from natural gas, which generates destructive emissions. Next in line is nuclear, which does not, followed by renewables, ditto. Some observers read more into New Jersey’s action to prop up nuclear than was actually there.

Vox, for instance, reported that the vote meant “that nuclear and renewables can work together.” In fact, it meant no such thing. It was a stop-gap action, since the aging New Jersey nuclear power plants are scheduled for shutdown eventually and no similar plants are planned to replace them. The same is true in Ohio and Pennsylvania, where nuclear plants will be shutting down.

What IS expected to happen, and indeed has been happening, is for the price of renewables for consumers to continue falling steadily and take up some of the slack left by nuclear.

Early in the atomic age, when the Atomic Energy Commission routinely lied to the public about things like the dangers of fallout, AEC chair Lewis Strauss said in 1954 that power produced by nuclear plants would be “too cheap to meter.”

It has turned out too expensive to produce. It’s entirely possible that no nuclear plant has ever turned an honest profit when all the machinations such as subsidies and forgiveness of debts are taken into account. It is not a power source that can exist without subsidies, which are so huge that the nation cannot afford them over a sustained period.