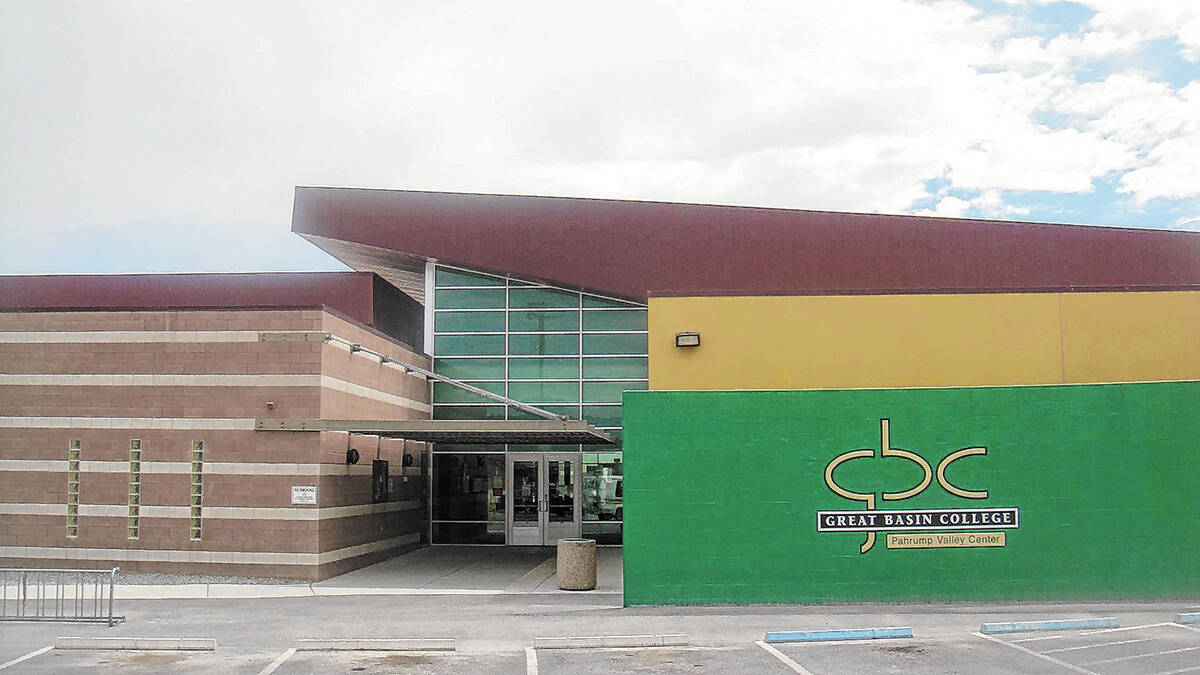 The White House has again floated the possibility of canceling student loans. During the campaign, Joe Biden said he supported forgiving $10,000 in student loan debt. So far, however, he has yet to act — and it’s not clear he has the authority to unilaterally take such a step. Shown here, Great Basin Community College in Pahrump. (Special to the Pahrump Valley Times)

For an example of how politicians cling to emergency edicts long past the crisis point, consider student loans.

The White House has again floated the possibility of canceling student loans. During the campaign, Joe Biden said he supported forgiving $10,000 in student loan debt. So far, however, he has yet to act — and it’s not clear he has the authority to unilaterally take such a step.

“The president is going to look at what we should do on student debt before the pause expires, or he’ll extend the pause,” White House chief of staff Ron Klain said this month.

That “pause” is in reference to the fact that, throughout the pandemic, student loan holders haven’t had to make their monthly payments. Nor is interest accruing to their accounts. Currently, payments are to resume on May 1 — more than two years after they were originally suspended. But it looks as if that date will be pushed out even further. The Education Department recently told loan-servicing companies not to contact borrowers about restarting payments. That’s relevant, because borrowers must receive several notices before payments resume.

But neither renewing the payment suspension nor forcing taxpayers to eat $1.75 trillion in outstanding loans makes good sense.

The loan pause costs taxpayers $4.3 billion a month, according to the Congressional Budget Office. The tally now exceeds $100 billion.

Yet the economic shutdown is over, which triggered the initial concession. The country now has the opposite problem. Employers are having a hard time finding workers. There were 11.3 million job openings at the end of January, according to the Bureau of Labor Statistics.

Continuing to suspend loan payments or outright forgiveness would be a large subsidy for the wealthy. A 2021 paper from the Becker Friedman Institute for Economics at the University of Chicago found that loan “forgiveness would benefit the top decile as much as the bottom three deciles combined.”

Such policies would be unjust as well. Millions of borrowers have paid off their loans. Many others chose different educational options to avoid or limit debt. Those individuals and taxpayers in general shouldn’t be responsible for other people’s education decisions.

The moral hazard involved only encourages more irresponsible behavior. Wiping the slate clean without a complete overhaul of the federal student loan program would result in a repeat of the problem in years ahead. That makes no sense, even by congressional standards.

Mr. Biden may believe that forgiving loans or extending the pause might energize Democrats for November’s election. But it’s just as likely it would anger a significant portion of the electorate that isn’t interested in subsidizing the education choices of others.

The virus emergency is over. It’s past time for loan recipients to once again fulfill their obligations.