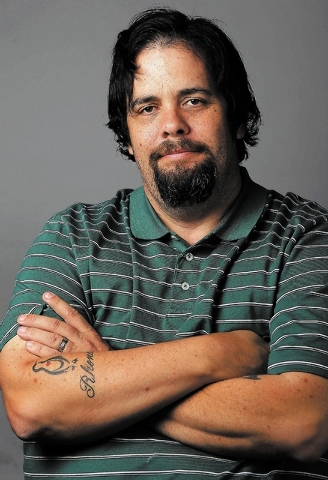 While state officials and Sesquicentennial lovers are busy celebrating the state’s 150th birthday, I was surprised to learn Pahrump was not part of the state’s first three years.

Sure, Nye County was there in the beginning, but the Pahrump area was not part of the original state.

On Oct. 31, 1864, President Abraham Lincoln declared Nevada the 36th state, admitted “on an equal footing with the original states.” Nye County, named for Nevada Territory’s first governor James W. Nye, was established with the admittance of the state to the Union. But the Pahrump area remained part of the Arizona Territory until a few years later.

According to Nye County historian Robert D. McCracken, “In 1866, Congress authorized the extension of the state of Nevada southward to the Colorado River, and a year later the Nevada Legislature accepted the extension; thus the Pahrump Valley was incorporated into Nye County, where it has remained. Interestingly, the Arizona Territory did not recognize the accession of land to Nevada until 1871.”

So while Nevada 150 years old, Pahrump area has only been legally part of the state for 147 years. Additionally, while the state was establishing itself the first few decades, the county’s boundaries have moved six or seven times, messing with Pahrump’s borders, before settling into its current county configuration of 18,159 square miles, the third largest county by size in the lower 48 states.

The story arch of the Nye County traditionally follows the path of Paiutes, mining, nuclear testing with an eye to the northern part of the county. When the Las Vegas Review-Journal did a feature on Nye County in January as part of that paper’s Nevada 150 series, Pahrump was not mentioned once. In fact, Review-Journal columnist John L. Smith wrote a short sidebar to the piece about Tonopah.

I guess that is understandable. It wasn’t until 1953 that Pahrump received its first paved road, two years after the first atomic bomb was detonated at what would become known as the Nevada Test Site. The area didn’t have somewhat reliable electricity service until 1963, a year after the area became an unincorporated town.

The Pahrump area first established a reputation in the late 1800s, and first few decades of the 1900s as a place for ranchers, farmers, stopover areas for weary travelers, and people looking to be away from authority.

“There was a tradition in the Pahrump area of being on the margin of the law, so it is not surprising that residents tended to ignore the Prohibition laws of the 1920s and early 1930s,” McCracken wrote in his history of Pahrump. That reputation carries over today. Readers of the Review-Journal rarely read about Pahrump without the area attached to some crime or legal proceeding.

Speaking of the Review-Journal’s Nevada 150 series, Pahrump did get a mention in its “Nevada marked by 150 years of murder, mayhem.” Following the death of Las Vegas gaming executive Ted Binion in 1998, Rick Tabish was caught digging up an underground vault here filled with $7 million of Binion’s silver. Although Tabish and Binion’s girlfriend, Sandra Murphy, were acquitted of murder charges, but both served time for the silver heist.

Much of the social history of early Pahrump is lost because the area did not have a newspaper until late 1971, when this newspaper debuted. It did not have a consistent printing schedule until it became a weekly in September 1976.

Today is the last issue of the Times before Tuesday’s election, so I guess I should pontificate about the importance of participating in the Democratic process.

The only thing I will say on the election is this: Today is the last day for early voting, so if you don’t do it by the end of today, please do it Tuesday.

I also purposely avoided political news stories this issue because I’m sure we’re all tired of the back-and-forth that comes with the election. The debates are over, and a few thousand voters have already cast ballots. But hey, this issue is filled with political advertising, so its not like your paper is politics free.

I have been the editor of this paper a month and have been accused of yellow journalism and bias in some of the races with our stories. The one thing that gives me solace is the comments usually come from both sides, so we must be doing something right.

You have probably noticed that we decided to fill much of the paper with Halloween stories, since we are fortunate to publish this paper on the same day as Halloween. This is the first time Oct. 31 has fallen on a Friday since 2008, and it will be two more years before the date falls on Wednesday, the paper’s other publishing day.

But there is something special, or extra spooky, about a Halloween being on a Friday.

Arnold M. Knightly is the editor of the Pahrump Valley Times. Find him on Twitter: @KnightlyGrind.