Last week I made what I consider an unusually thoughtful argument for why President Obama, our beloved Sen. Harry Reid and the man who traded a lifetime federal job for a few years in Carson City, Gov. Brian Sandoval, were wrong on Yucca Mountain.

I even agreed with Commissioner Dan Schinhofen — the mad rambler — about how all anybody really wants around here is a good scientific study that finally tells us whether the damn place is safe for storing nuclear waste or not.

If it’s unsafe, let’s send it all to China, or maybe North Korea via rocket. Or some such exotic locale.

So imagine my surprise when Uncle Butch Borasky, the chairman of the Board of County Commissioners pipes up at Tuesday’s meeting and shocks everybody with words to the effect of, “hey guys, don’t tell Harry Reid, but I’m having second thoughts on this whole Yucca thing.”

Excuse me? Um. Sir? Let me get this straight, this county has spent a small fortune (actually a large fortune) fighting like hell to resuscitate that god-forsaken hole in the ground and you suddenly signal you might be having a change of heart?

The chairman of the board? Nye County’s top elected official?

Does Lewis Darrell Lacy know about this? Pam Webster? Did Uncle Butch even let anybody on the county’s professional staff know of his new heart pangs or the ramifications should those pangs be expressed in public and what some Yucca opponents, not just here but in Washington, D.C., might do once those comments surface?

My sources tell me no, not a peep.

Now, don’t get me wrong. I share some of Uncle Butch’s concerns, too. No way in heck do I want Pahrump to turn into Fukushima or Chernobyl. That scene in Silkwood, the 1983 movie starring Meryl Streep, where the naked old lady is forced into the shower and scrubbed and scrubbed and scrubbed with heavy steel brushes, ostensibly to rid her skin of some radioactive particles as she cries out in pain, well that still scares the crap out of me.

And apparently it does Uncle Butch too, because according to him, his new worries about Yucca stem from a call he got from someone in Beatty talking about radioactive dust, remnants of above-ground nuclear testing in the 1960s.

Now, what that has to do with Yucca, which is underground and involves storing spent fuel rods locked in airtight canisters and mixed with other material to keep the stuff from being too potent, and Beatty’s cancer dust, I have no idea.

But Uncle Butch wants to study the matter further, lest all of Beatty be forced into the shower someday and scrubbed clean, or God forbid, all of Nye County.

Study away sweet uncle, but please, about Yucca, shhhhh, we’re actually spending good money on lawyers and consultants and scientists and travel expenses for the mad rambler and friends to testify and debate to get the thing up and running someday — if it’s safe, of course.

I was assured by one top cop last week that the county commission was all set to vote for that half-cent sales tax — I call it the ‘Franken-tax’ since it stems from a 2006 ballot initiative and plus I really enjoy screaming “IT’S ALIVE!” in the office when I’m writing about it.

My poor cop buddy was sorely disappointed when the tax hike was shot down in a 2-3 vote. Poor cops. All they want is a little more money to make us safe. Firemen, too, just a few more duckets for some extra buckets.

The way the vote went down, though disappointing to the PO-lice (PO as in poor), made for great news copy. I mean, when Commissioner Frank Carbone tried to abstain, that was classic. Everybody knew Commissioner Donna Cox was going to vote against it — she hates cops (she says she doesn’t, but I find that saying the opposite of whatever she says tends to be more accurate). The PO-lice thought Carbone was mostly in the bag; Schinhofen sponsored the bill and even provided political cover to any other supporters, like wild card Lorinda Wichman, whom the PO-lice originally felt would NOT support the bill.

So when a roll call vote was called by Uncle Butch, the mad rambler votes yea, Carbone belatedly and humorously votes nay, Cox the cop-hater votes nay with extra sauce, the wild card inexplicably votes yea — and it is at this moment that the PO-lice sitting in the back of the audience think to themselves, “BAM! BANK OF AMERICA! WE GOT THIS!”

But then Uncle Butch, still playing dream crusher after earlier nearly single-handedly killing Nye County’s chance at ever getting Yucca Mountain and a mountain gold with it, surprises them all and votes — nay. BAM!

I thought Sheriff Tony DeMeo was going to eat his pistol right then and there.

Of course, a source later told me that the local GOP muckity mucks, i.e. Andy Alberti and Bill Carns, got to Uncle Butch and Carbone before the vote — gently reminding them that Republicans happen to frown upon new taxes (Screw the vote of the people! Screw public safety!)

Uncle Butch chastised me over the telephone on Monday for casting such aspersions, suggesting that my source on that was either a liar, or worse, infected with Beatty Dust that was causing delusions and that this person might require a good scrubbing.

I’m sorry Uncle Butch, I apologize for suggesting that you may have been influenced by your upcoming re-election bid or anything like that. But maybe Uncle Butch is sorry, too. I know Carbone is. He wants to bring the issue back. I hear Borasky does too.

I missed the water board item on Tuesday, but I hear it was a doozy, too. This time Carbone sponsored an item that suggested the commission remove four people from the Nye County Water District Board.

Tim Hafen of all people blasted the move and called it “Chicago-style” politics. Wichman called the item and what it suggested “immoral.” And the dream crusher wasn’t finished either, he likened it to bringing back the good ole boy network.

Poor Frank. I think Carbone may actually have touched a nerve here, not for being wrong, but maybe for being too right.

We’ll look into this issue further before I comment too much. But if what Carbone and some others have suggested is true — namely that water board members were serving beyond their terms and making decisions that now might be nullified, well that raises some major issues for me.

MOST READ
1
Eric Trump to stop in Pahrump on Thursday

3
Man facing arson charge after burning down his home 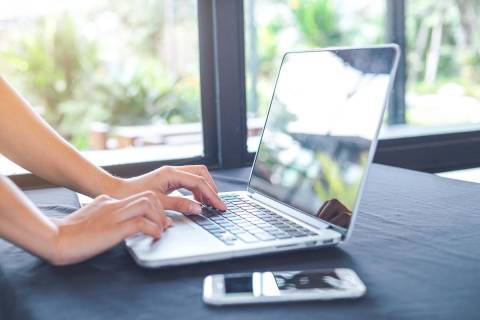 Election can’t be over soon enough for area voter 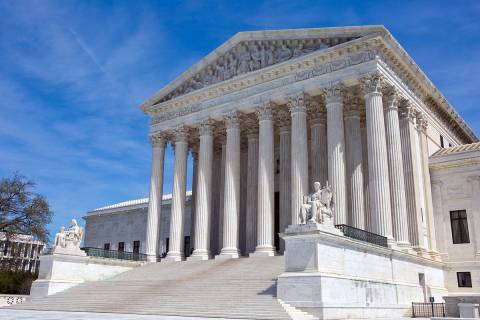 STEVE SEBELIUS: For court nominees, only one rule counts
By Steve Sebelius Special to the Pahrump Valley Times

Electoral College is an undemocratic, outdated relic in modern world

When will the governor stop moving the goalpost?
By Dan Schinhofen Special to the Pahrump Valley Times

Has anyone else wondered when this “Panic-Demic” is going to end? Let me recap what we were told when this all started.

STEVE SEBELIUS: Was Trump campaigning or trolling in Nevada?
By Steve Sebelius / RJ

If Trump’s visit was primarily a political stunt rather than a legitimate attempt to court the Nevada vote — and there’s reason to suspect it was — then give his campaign credit for a well-played weekend.

Will America be the next great civilization to fall?
By Tim Burke Special to the Pahrump Valley Times

As I watch and read the news reports of the shooting of the police officers in Compton, California, my faith in humankind’s future has doubts creeping around the edges of my thoughts.