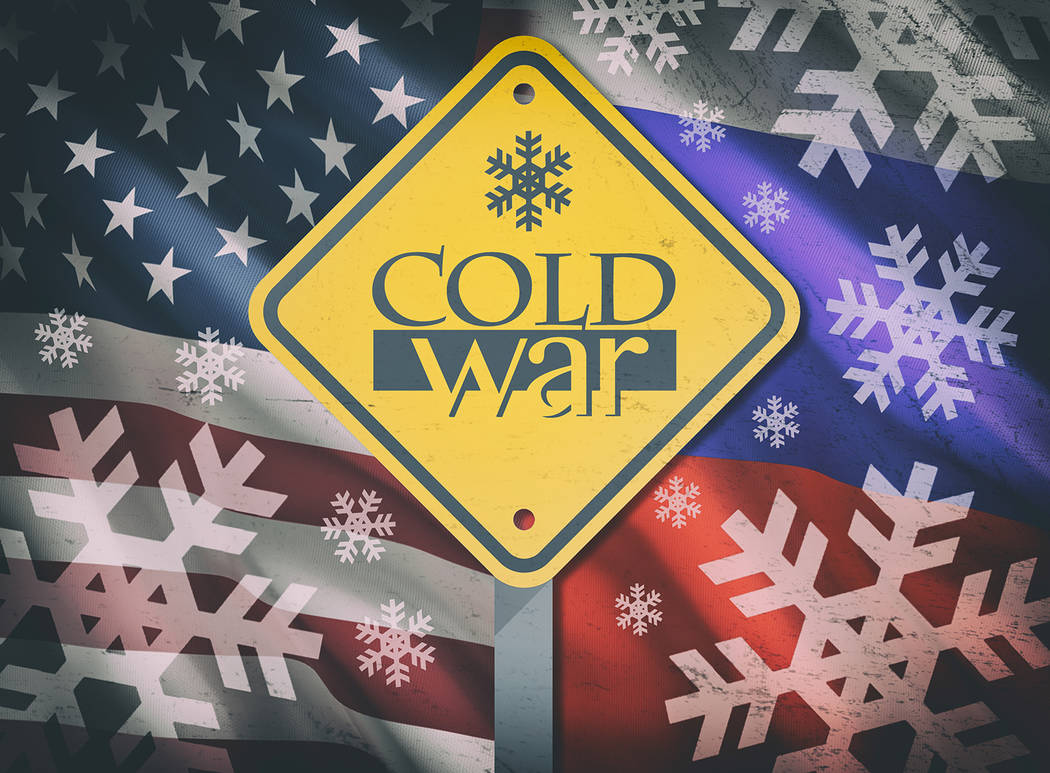 Thinkstock No doubt America carried many free riders throughout the Cold War, columnist Jim Hartman writes. The burden was heavy but it was an exercise in enlightened self-interest —not a mindless act of charity, he adds.

U.S. Sen. John McCain, R-Arizona, in his new book, “The Restless Wave,” makes the case that few national leaders are willing and able to articulate today — the need for a robust American presence on the world stage. The book is McCain’s closing argument in a life lived in defense of this responsibility.

McCain recalls that generations of Americans have fought at home and abroad for our fundamental freedoms. It was our forebears’ idealism in pursuit of causes greater than themselves, not nativism or cold, calculating realism, that brought America to the pinnacle of global power.

The Arizona senator acknowledges that after 17 years of war, many Americans have grown skeptical of overseas commitments. For 70 years, we sustained an international system of open commerce and democratic alliances that enabled America and the West to grow and thrive. Global leadership is what made America great. McCain argues that we abandon it at our peril.

Donald Trump’s inaugural address radically redefined the American national interest since World War II. Trump outlined a world in which foreign relations are collapsed into a zero-sum game. They gain, we lose. As in: “For many decades, we’ve enriched foreign industry at the expense of American industry; subsidized the armies of other countries” while depleting our own. “The wealth of our middle class has been ripped from their homes and then redistributed all across the world.”

While President John Kennedy’s inaugural pledged to support any friend and oppose any foe to assure the success of liberty, Trump declared: “From this day forward, it’s going to be only America First”.

This intimation of a new American isolationism was affirmed by his claiming NATO obsolete, unsettling our allies. In July, Trump bullied NATO, insulted Germany by claiming it to be “totally controlled” by Russia and criticized the British prime minister.

Trump’s joint press conference with Russian President Vladimir Putin was a personal and national embarrassment. On stage with the dictator whose election meddling has done so much harm to his presidency, Trump couldn’t bring himself to say he believed his own intelligence chief, Dan Coats, over the Russian strongman. Our NATO allies cringed.

No doubt America carried many free riders throughout the Cold War. The burden was heavy but it was an exercise in enlightened self-interest —not a mindless act of charity. Better to subsidize foreign armies—German, South Korean, and dozens of others, rather than stationing even more American troops around the world.

In a moving account in his book, the peripatetic McCain recounts visiting a multitude of dissidents and activists during his career, many of whom had been harassed, jailed or assassinated. He urges Americans to remember that a “shared devotion to human rights is our truest heritage and our most important loyalty.”

McCain notes that since 2003, he has spent every Fourth of July, and often other holidays, with the troops deployed in Afghanistan or Iraq. He honors those men and women who choose to risk their lives to defend our country. He writes wistfully of his final trips to war zones describing the emotional naturalization and promotion ceremonies he witnessed on remote outposts.

Upon returning from prison in North Vietnam, McCain became good personal friends with then-California Governor and Mrs. Ronald Reagan in 1973. McCain writes that he was first drawn to politics by Ronald Reagan and that he remains a “Reagan Republican.”

After Vietnam, McCain was the Navy’s liaison to the Senate where he was inspired by Washington’s Democratic Senator “Scoop” Jackson. Jackson was “the great apostle of freedom” for oppressed people around the globe.

John McCain reminds us that a free world marked by open trade and mutual defense was President Harry Truman’s vision, shared by every president since.