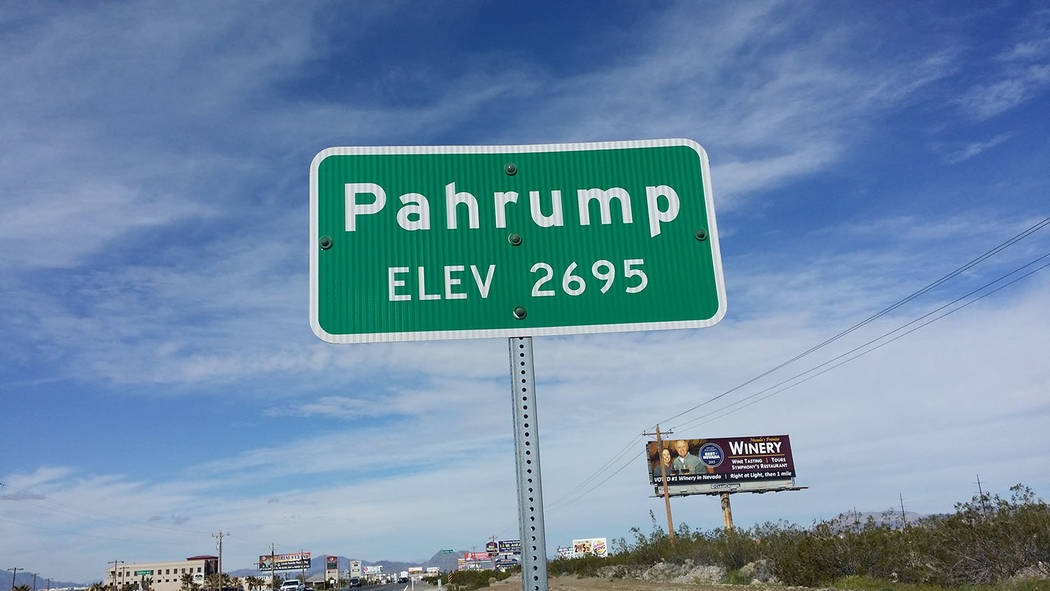 For many years now, and being a former resident of Pahrump, I have meant to say something about a special song that you hear at Christmastime.

It seems so obvious – I’m surprised that no one else has considered it. Perhaps there is someone there – an attorney maybe – who can check out the pros and cons of using this song as an anthem for Pahrump.

Has anyone guessed the name of the song yet? – “The Little Drummer Boy” — Pa-rump-pa-pum-pum – remember??! It would be rather cute on a billboard, for example, beckoning people to come to Pahrump.

Just a thought that I felt like sharing. Happy 2018!

The Nevada Tax Commission recently agreed to refund $26.6 million to AT&T for a “mistaken” overpayment of use taxes.

Put in perspective, this single refund to AT&T ($26.6 million) will exceed the total amount of marijuana taxes earmarked for education for the entire 2017-18 fiscal year ($23.8 million) in Nevada.

The state’s forecast of $23.8 million for the current year is from the 15 percent wholesale tax on marijuana, the sole source of marijuana income to the state’s Distributive School Account.

That amounts to less than 1 percent of the $2.9 billion annual state support for education. In reality, marijuana tax money makes no real impact on education — it fails to even “move the needle.”

In fact, all marijuana taxes in Nevada, both retail and wholesale, are unlikely to cover the full public and social costs of legalization— including regulation, enforcement, public health and safety, and substance abuse.

It’s good to hear a soothsayer get to anti “government spending” party, even if it is late, but pointing out our government’s spending habits now are a little shallow after not hearing a word about the last administration, who owned those same money printing presses and doubled our national debt from $10 trillion to $20 trillion, with much of it going to places, countries and groups not really interested in the welfare of this country.