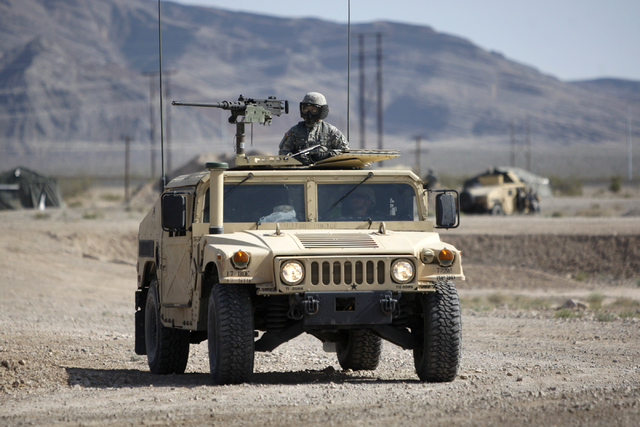 They learn nothing from history

One of the best movies ever made about the Vietnam War is entitled “Go Tell the Spartans”, starring Burt Lancaster. At one point Lancaster’s character expresses his opinion about the war with a young corporal.

“Too bad we couldn’t have shown you a better war. Like hitting the beach at Anzio, or smashing through the Bastogne with Patton. That was a tour worth the money.

“This one’s a sucker’s tour. Going nowhere. Just round and round in circles.”

In 1952 the French were defeated and kicked out of Vietnam. 1975 the same thing happened to us. I served in Vietnam and feel deeply betrayed by the politicians in Washington who sent us over there to fight and then gave the war away instead of letting us win it.

The Russian occupation of Afghanistan ended in 1989 with the Mujahideen defeating and kicking them out of the country. In October of 2001 we went in ostensibly to kill or capture Osama Bin Laden and eliminate the Al Queda. We had Bin Laden cornered at Tora Bora in December, but he was able to escape due to bungled military operations.

We finally got Bin Laden in 2011, 10 years later. But as of 2018, we’re still in Afghanistan with no clear mission, exit strategy or end in sight.

Our genius politicians in Washington learned nothing from the French and American experiences in Vietnam and the Russian experience in Afghanistan. Although Lancaster’s observations related to the war in Vietnam, they apply equally to Afghanistan, Iraq, Africa, and comparable places where our troops are inadvisably deployed.

We can never expect politicians to learn anything from history. They will repeat bad decisions over and over again with huge costs in human suffering and assets. But the brave men and women who go into harm’s way to serve our country in the military deserve much better.

Brothels should not be part of the tourist plan

Pahrump and Nye County are wonderful places to live and work, but it is getting increasingly difficult to convince people of that when we are repeatedly on national news because of issues like this. If Mr. Hof has his way, our town and county are going to be covered in lewd signage and symbols. How is that going to affect our other businesses? Are people really going to come here, with their families, when the one thing we may be known for is the place that at least did not have penises carved into the roadways?

I understand that Mr. Hof operates a business that is legal in Nye County. I believe it would be helpful if Mr. Hof understands that the rest of the community does not think that his type of business is the one that should be the “front and center” of our tourism plan. Let’s all remember that people come here from all over the country with their children and loved ones and we should continue to make this a warm, family-friendly and hospitable place for all.

Law enforcement are guardians of the peace

This is amazing – we have two men criticizing a woman sheriff for quoting men in law enforcement.

Those men that our Sheriff Sharon Wehrly is referring to have stated that being a warrior is not negative; police warriors are at the same time servants or guardians of the peace. Warriors protect society from evils, and are servants of the people.

I just happen to be in the Sheriff’s Auxiliary, which by no means makes me an expert in law enforcement. However, I can look up these men that are experts in law enforcement on the internet and post it in the Pahrump Valley Times.

Therefore I recommend that you Google them just like I did, and you can read what they say. Those men are: Paul Whitesell, PHD, clinical service director, 44 years of service; David Blake, retired California police officer, certified CA-POST instructor in DT, firearms, force options simulator and reality-based training; and Marty Katz, a retired sergeant, 34-year career with the Broward Sheriff’s Office in Fort Lauderdale, Florida.

Believe me I wanted to include their full articles and their full credentials, however, the PV Times told me I would need permission from each one of them.

We should be proud that we have a sheriff like Sharon Wehrly.

Pahrump Elks Lodge #2796 would like to give our heartfelt thanks to the following businesses for the generous donations they gave for our Winter Gala dinner and raffle.

We will be donating $3,700 to the fight against cancer.

Monetary donations from Tonopah Elks Lodge, Jack and Tina Schwartz, Shirley and Floyd Neth, Richard Fridel, Kirk and Nancy Rymer, Dennis London and a multitude of people, too many to mention.

THANKS TO YOU ALL …

High-speed passenger rail was the topic in a recent TV talk show. Reportedly, these innovative systems are either in the early planning stage or are already under construction in some areas of the country.

California’s link between Los Angeles and San Francisco is well underway. When completed, it is projected that travel time between those cities will be shortened by at least half. This, and other efforts ongoing in Texas and along the East Coast, indicate significant progress toward an alternative source of public transportation in the United States. In time, a bonus feature of competition with the airlines will mean lower travel costs. Who wouldn’t love that?

Some, however, discredit these pioneering efforts as a waste of tax dollars. And make no mistake about it, modernizing passenger rail service in America will demand huge investments of public and private resources. But we are a mobile society after all and the maintenance of infrastructure – roads, bridges, sea and airports, cannot be done on the cheap.

Another anticipated benefit of high-speed passenger rail will mean fewer motor vehicles traversing the nation’s busiest corridors. The reduction might eventually number in the thousands. This, in turn, will result in less gridlock, less frayed nerves and road rage, and less traffic accidents involving serious injuries and fatalities.

Yes, at first glance that does seem to fly in the face of recently publicized train crashes. But as technology improves, and it surely will, we can expect passenger rail systems to speed us toward more destinations in far greater comfort and safety.

Given the choice, I would much prefer zipping along at say, 200 miles per hour while gazing out large windows at an ever-changing landscape, as opposed to being crammed into a metal tube, struggling to move my feet and other parts.

Bottom line: If the future was left to the naysayers, innumerable modern conveniences that we take for granted might never have come to pass. Let’s be honest. High-speed passenger rail has efficiently served the populations of Europe and Asia for years. America has a lot of catching up to do.

War on terrorism not attacking the true cause

I write this as a combat veteran, a paratrooper, who served several tours in Vietnam as a member of the 173rd Airborne Brigade.

Many Americans have lost their souls, as their God has become the almighty dollar. In our war against terrorism, we have failed to attack the true cause of our enemies, and instead are fighting to kill the humans who fight it, we are squandering our nation’s wealth on the machinery of war, instead of remedying the reasons our enemies hate us. It would be far less expensive to build schools, clean water facilities, and the infrastructure of the poor nations that every day birth humans who hate us. Envy has become their God, and they will do anything possible to crush us.

The majority of these people are illiterate, and are easy prey for the evil, educated, rich, and powerful persons who lead them. “Look at what America has, and all that we have not,” is what goes through their minds. “Americans don’t care about us,” thus Americans are evil, and we should kill them. None of them have an easy American-like day to look forward to, nor do any members of their families, ever.

Is this America’s fault? Not entirely, but we have the power to change this. Unfortunately, a U.S. congressman’s warnings more than thirty years ago went unheeded, and now, in order to remedy the situation he warned against, we have allowed a new generation of poor souls to grow up without an education, and are reaping the horror he foresaw. Now we are forced to go to war, and crush these human beings who know absolutely nothing about the true meaning of life, and the ease with which Americans live it.

We could increase meaningful government aid sixty billion dollars a year, approximately a tenth of our National Defense Budget instead of killing these human beings. In the final analysis, the defense budget could eventually be cut more, so we all save money in the end, and the entire world would be better off. We Americans hold ourselves to a higher standard, so let’s start acting that way in our foreign policy. Thousands of years ago, a wise man said, “Turn weapons into plowshares,” and that’s what will turn this world around.

How can anyone in this business community take brothel owner Dennis Hof seriously as a candidate? His business ventures within Nye County may be legal, but should a candidate who views his constitutional right to publicly display signs that include a sexually suggestive pose of a man and a woman trump the appropriateness of this type of advertising in a community of families with children?

Mr. Hof states he chose to advertise using the controversial yellow and black diamond-shaped sign “Instead of carving penises into rocks and public roads,” does his line of thinking and speaking represent your business ethics and values.

I am not an attorney or a judge, I cannot speak to the facts of his First Amendment lawsuit or his claims against Nye County, the board of commissioners, or the sheriff, but do we want this kind of business-minded individual to be speaking for our business community?

I do not. He does not, in any way conceivable, represent what I feel is the business professionalism of Nye County or our community.

A Pahrump business owner since 2009