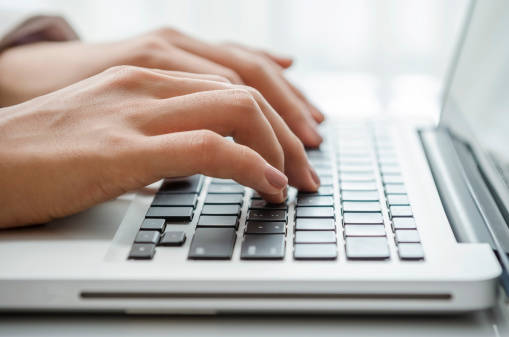 Thinkstock Read recent letters to the editor at pvtimes.com

Thank you for support at difficult time

I want to express my heartfelt thanks for all the food, cards, flowers, work and support that our friends and family have given me during this difficult time of Jeff’s passing.

I sincerely appreciate it.

Should VEA replace the board of directors?

There is a group of VEA customers that seem to be intent on replacing the board of directors. The question is, should that board be replaced. I believe that the present and past boards have done a good job in managing our electric company. So why try to create an entirely new one?

If you look at the operational success of VEA and the rate structure for residential electricity, you will find that our rates are entirely within industry standards. After a little research I have found that electric rates vary greatly from state to state. Some states are paying as little as 9 cents per KWH while others are paying as much as 32 cents per KWH. The average throughout the country is right at 13 cents per KWH. So the new VEA rate of 11.956 cents per KWH looks pretty good.

Take into consideration that the area served by VEA is physically large, ie, it requires a lot of infrastructure (service lines and equipment) to serve a physical area that is very large and a population that is relatively small. This would increase operating expenses over a company that serves a densely populated area.

Perhaps the board’s decisions not to incrementally increase rates very little and very slowly over the past years has been a mistake. By putting off that “dreaded” rate increase they have placed themselves in a position of having to put in an approximately 8 percent increase all at once. Perhaps incremental increases of 1 percent over the past years (when called for) would have been easier to take for those customers who are excessively sensitive to rate increases.

Maybe some wish the town board was still here

I wish that if someone was going to write a letter to the editor that they knew what they are talking about. Henry Hurlbut attacked Dr. Tom Waters for wanting to re-establish the town board. He stated that it would require a large tax hike for it to happen.

Second of all, the town board were and always have been unpaid volunteer positions. They did not get paid at all. The only cost to do with the town board was the electric for lights and heat or air conditioning when they meet.

However the county commissioners are a paid position and they got a raise for the extra work that they took on when they took over the town board jobs. So let’s get the facts straight. Town board unpaid position, county commissioners paid. Town board meet more often to do town work. Now they are paid and do town work a few days a month. So we now pay more for much less. Way to go.

Instead of replacing the town board we should have kept them and thanked them for the work they did for free. Well that is not really true either. After all they spent their own money to get elected and their own money and time to go and do the job they did. But that is not what happened is it? Instead, we got rid of them and blamed them for things that they had no power over and said that they were raising taxes that they could not have done.

I doubt that they would come back and do it again. After all, we would just repeat history and blame them for all the things that they could not and did not do.

Proposed gun bill is about power not safety

This is not a gun safety bill, it is an anti-gun bill. This bill allows for gun registries, the first step to confiscation and finally, government tyranny.

You see the Second Amendment was put in the Constitution to prevent a government tyranny such as the one the founders were experiencing at that time, not for self-defense against bad guys, but protection from our own government.

You all took an oath to support and defend the Constitution and the Nevada Constitution. This bill breaks that oath and if passed will cost us taxpayers millions in lawsuits as many of the things in this bill have already been adjudicated and found unconstitutional, as is SB143, which you passed in the fastest run through the Legislature I have ever seen.

Again, this is not about gun safety, it is about power. It is about control. A disarmed citizen is not a citizen at all, he is a serf.

This will not stop criminals or the mentally ill. This is an attempt to take our God-given rights away and cannot be allowed.

Again, what part of “Shall not be infringed’ is so hard to understand?

Editor’s note: this letter reflects comments the writer provided at the 2019 Nevada Legislature in Carson City

Last month, Nevada Attorney General Aaron Ford decided he could represent all of Nevada when he joined a lawsuit challenging President Donald Trump’s decision to declare a national emergency to fund a border wall he has promised to build dating back to his presidential campaign. According to Ford, “President Trump cannot side-step our Constitution for a political ploy,”

Disregard for human life is crime against God

We are shocked about how Nazi Germany, under Hitler, became so inhumane that they murdered millions of God’s elect-Jewish people, trying to exterminate them. They displayed total disregard for human life in this horrific crime against God and humanity.

And we should also be alarmed that Iranian leaders want to “kill all Jews and annihilate Israel.” They have been fed hate toward God’s chosen nation for so long that they say it is “legal and acceptable” to exterminate them.

They sure do not know that God said He would bless those who bless Israel, and curse those who curse Israel. With such hate they only curse themselves.

A society which believes in killing innocent human beings is a morally sick society. God’s just Commandments were edged in stone by God’s fiery finger, and given to Moses, to create a just and orderly nation/world, and so that Israel would be a blessing to the world.

After more than 400 years in captivity in Egypt, God kept His promise to Abraham, and gave the land of Canaan as inheritance to Jacob/Israel, one of Abraham descendants.

The people in that land had become morally corrupt and God passed judgment upon them to cleanse the land. Parents were spilling their children’s blood by throwing them into the fire in worship of idols.

In the last several decades America has gone so far away from God that it is now even more corrupt, than Nazi Germany and Canaan. Respect for God, and for His God-given human life, is sorely missing. Individual and national judgment is coming. Time to repent!