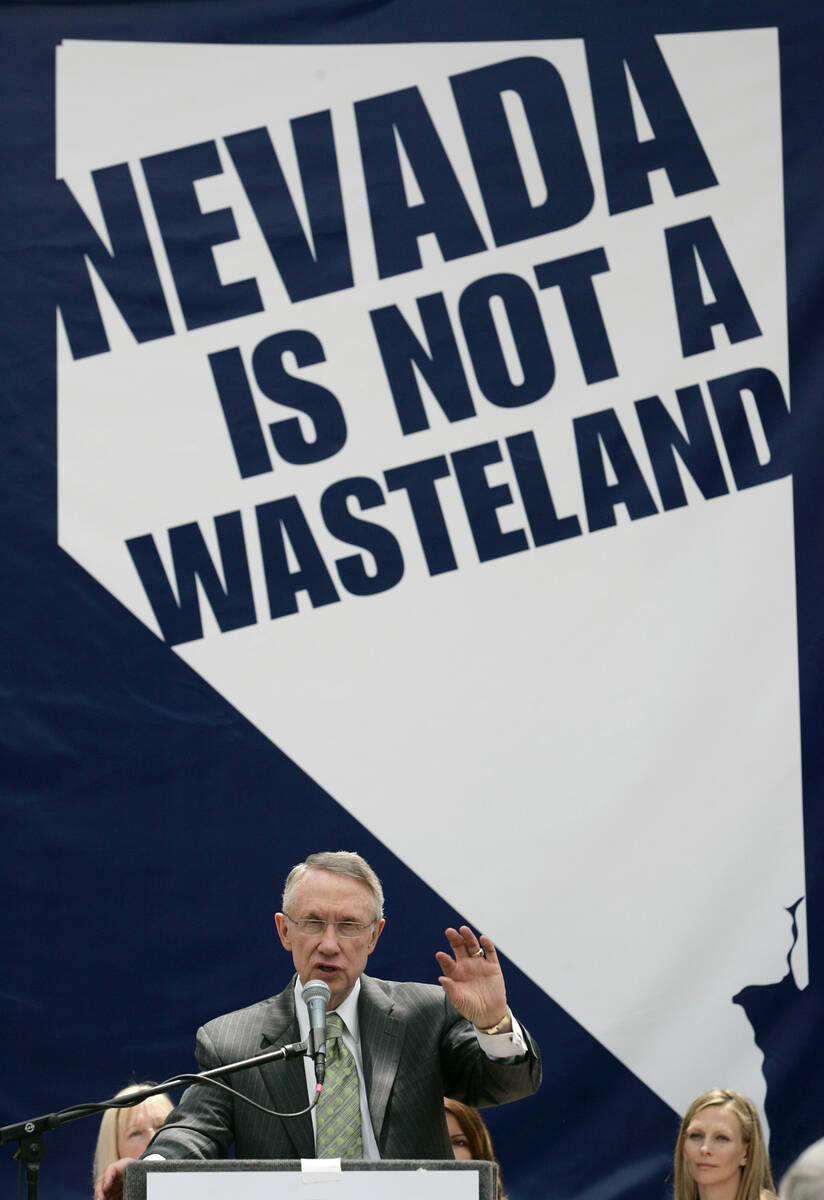 But one need only to consider the serious and potentially catastrophic risks this project poses to human and nonhuman lives to understand why this zombie project needs to be put down for good.

Yucca Mountain is located near the headwaters of the Amargosa River that runs for 186 miles from near Beatty through the California Desert and into Death Valley National Park. The river is sustained by the flow of groundwater across a vast aquifer spanning much of western Nevada and extending into Death Valley.

Thousands of people living in the communities of Beatty, Amargosa Valley, Furnace Creek, Shoshone and Tecopa depend on the flow of the Amargosa River for domestic and commercial use as well as on the ecotourism economy the river attracts. The Amargosa Basin is also the ancestral homelands of the Timbisha Shoshone and Southern Paiute and many of the area’s lands and waters are considered culturally sacred.

The Amargosa River also supports one of the most biodiverse intact ecosystems remaining on Earth. More than 60 unique species of plants, fish, amphibians, mammals and invertebrates can be found along the river that exist nowhere else.

These species adapted to the extreme environment of the Mojave Desert by surviving in distinct pockets of habitat, all interconnected by the underground flow of the Amargosa River. Research over the past decade shows a hydrological connection between the headwaters of the Amargosa River in Beatty and the water that supports springs in Death Valley and the Amargosa Wild and Scenic River to the south near Shoshone and Tecopa, California.

And so consider Yucca Mountain: a site intended to store the nation’s highly radioactive spent nuclear fuel rods, shipped over thousands of miles from more than 140 nuclear reactors, potentially routed primarily through the growing cities of Las Vegas and Pahrump. These rods — which retain roughly 94 percent of their nuclear radiation potential after being “spent” — are then meant to be stored securely in an unstable rock formation for 10,000 years (though most nuclear fuel rods will remain toxically radioactive for far longer). Now position that rock formation in a seismically active region next to the headwaters of a river capable of carrying radioactive waste great distances underground. Add it all up and you get perhaps the most sophisticated and most reckless engineering and transportation challenge in the history of humanity.

There are those such as former Nye County Commissioner Dan Schinhofen, who wrote on the subject in the Pahrump Valley Times recently, remaining curiously upbeat about Yucca Mountain while downplaying the terrifying threats of nuclear waste contamination. Setting aside the possibility of a major catastrophic leak, the risk of any degree of contamination of nuclear waste into a shared water source resulting from minor leaking of materials onsite or en route to the facility is not a risk to dismiss lightly. What the Yucca Mountain project asks the locals of western Nevada and eastern California to do is to risk their lives and livelihoods on the nation’s behalf, to store the most dangerous substance on the planet in their backyards for the remainder of their lives, their children’s lives, their grandchildren’s lives and the lives of more than 300 future generations.

Optimists willing to bet on Yucca Mountain tout the project’s potential for bolstering local economies and providing union jobs. While economic development in many of these underserved communities is surely needed, the past few years of the pandemic have shown that an economy developed around ecotourism can deliver on sustainable and responsible growth. Death Valley National Park in particular is continuing to draw Americans and visitors from around the world into the area. Visitation in the park has sustained steady growth over the past decade, topping well more than 1 million visitors annually.

The economies of Beatty, Shoshone and Tecopa are increasingly centered on providing services, lodging and amenities to visitors seeking to experience the local culture and encounter the beauty and wildness of this landscape. Yucca Mountain threatens all of that, both by branding the region as a hazardous wasteland and by the deadly threat that a serious leak of nuclear waste poses to all life in this region, human and nonhuman alike.

Nevadans across the state from both political parties have made it loud and clear that the Yucca Mountain Nuclear Repository Project is not designed in the interest of our economies and our communities. The shadow of this project has loomed over the citizens of the Amargosa Basin for decades, and until the project is formally ended, the future of the Amargosa River and all those who depend on it is imperiled. Though the issue of storing nuclear waste needs to be attended to, Nevada cannot be asked to gamble away its future on such a deadly bet as Yucca Mountain.

Mason Voehl is executive director of the Amargosa Conservancy, a nonprofit organization working in Nevada and California to secure a sustainable future for the Amargosa Basin through science, stewardship and advocacy.